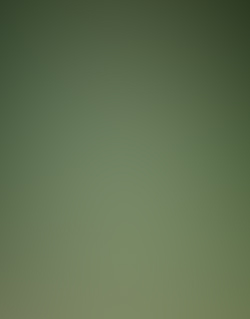 In the following analyses we could ascertain the complete authenticity of the photos. No hoaxing or anything similar was noticed, and it should even be mentioned that we shared these images with Hernán Bado for analysis and opinion. He is one of the best and internationally renowned analysts of images with out-of-the-ordinary beings. He reached the conclusion that the luminosity put forth by the entities is such that no further information could be obtained about their details or features, as has occurred in earlier occasion. But let Hernán Bado himself discuss this matter in detail so we may show the images in depth.

Testimony of Hernán Bado Regarding His Photo Analysis

Hernán Bado: Hello Salvador, always a pleasure. I’m writing to tell you that I have worked on the “entities” in the photo and have unfortunately been unable to obtain results. The whiteness or luminosity is too intense and there is no way of penetrating it to decode the reality of who or what is there. At a given moment I thought that there might be something there…but in fact, I wasn’t able to confirm anything. I regret the delay and the outcome. Regards.

Salvador Mora: OK, Hernán, don’t worry about it, many thanks. Let me ask you – was this possibly due to the fact that the luminosity was so intense that it was hard to see what was behind it in any detail?

Hernán Bado: Yes, that’s exactly what’s going on. All of the figures have a very intense luminosity. This light also has a characteristic that is worth discussing, which is a slightly more yellow border, appearing to function as an aura of the figure it surrounds. The upper part, or whatever corresponds to what would be the head, is subtly darker than the lower part corresponding to the clothing, which is decidedly whiter. The three figures are standing on one of the Salvador Mora:all pedestals surrounding the fountain and this strikes me, because there appears to be an effort to imitate something like statues. In short, that’s all I can say about it. Regards.

Salvador Mora:: OK, thanks Hernán. We can then say these could be beings of light of a highly intense luminosity, so intense that seeing their features becomes very hard. Conversely, we are faced by a very interesting case. Thanks again, Hernán. We’ll keep in touch.

A very good observation, which at first may be a mere curiosity, but there could also be some symboli Salvador Mora: in this case: the fact that one night after Ernesto Z. Ortiz visited Plaza Fundadores with the purpose of taking comparative shots, since he was still amazed by the originals, he noticed that the Mayan number six (6) was forming between the Moon and the clouds. A coincidence? Symboli Salvador Mora? We do not know. We can only provide a photo of this, taken by Ernesto himself, right next to a comparable image.

A highly interesting case which we are sure will draw the attention of many, prompting consideration. Based on the investigation performed, we can say that it could well be one of the most cogent pieces of evidence attesting to the existence of these strange luminous entities.

[NOTE: Due to the number of photos involved, INEXPLICATA urges readers to visitwww.acusticavisual.net to see them in their entirety]