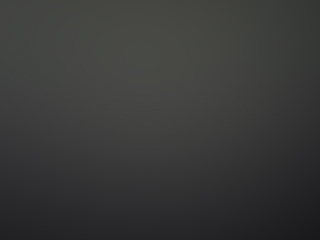 [Argentinean Oscar “Quique” Mario, founder of the Centro de Estudios OVNI – CEUFO – is among his country’s most respected researchers. Quietly effective, Quique has managed to accumulate a staggering amount of material that we hope to see in book form someday. The latest update to his blog is another “time slip” incident in 2012. Argentina has been prone to incidents of this sort since the 1960s, and almost certainly earlier. – SC]

Two young men whose duties cause them to travel National Route No. 5 on a regular basis between the communities of Catriló and Santa Rosa reported feeling “disoriented” during the trip on three separate occasions. After several minutes had elapsed, they noticed that they continued the trip without any further incident, but without any recollection of the distance they had already covered.

This occurred to them on three separate instances and at different times, both noon and sunset, without any apparent explanation. Joel, one of the protagonists of the strange story, told CEUFO that they were chatting normally at one point and suddenly became disoriented, having no idea of what happened to them, but upon reacting, they realized they had covered several kilometers without any memory of doing so.
The stretch of road where this alleged incident occurred is a segment of some 35 kilometers between the towns of Lonquimay and Anguil.

A similar incident befell a driver some ten years ago in the vicinity of Lonquimay. He stopped at a service station to ask “where he was” as he had no idea how he’d gotten there, although he had envisioned driving along that road. The driver continued his journey in the area in question, feeling disoriented once again. He reached the locality of Toay without knowing how he’d accomplished the trip.
The event became widely known and a source of discussion among residents of Lonquimay and its environs, but was not picked up by the media.

For this reason, the Centro de Estudios OVNI issued a communiqué aimed at “people driving along National Route No. 5, specifically the segment between the localities of Lonquimay and Anguil, and who may have sensed time anomalies, should please report it immediately to CEUFO, as we have received reports of three cases at different times and days within the past month.”

Taking into consideration the request made by the Fundación Argentina de Ovnilogía (FAO) in La Plata, which was also aware of similar incident, it is a matter of vital importance to gather as much information as possible in order to perform the necessary studies toward understanding such an unusual phenomenon and its causes.