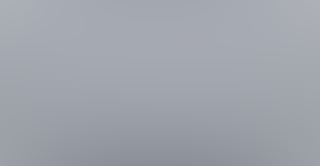 The foregoing may be ludicrous to some or charming fantasy to others. However, plans for a human-built worldlet were put forth a long time ago: Project Hyperion posited the creation of an “asteroid starship” to follow the discovery of possible inhabitable worlds by the Daedalus probe (conceived by the British Interplanetary Society decades ago). The guidelines for hollowing out an asteroid use science fiction as a blueprint – a concept employed by science fiction writer Larry Niven – which involves drilling into an asteroid with powerful laser beams of a kind we have yet to develop. Water tanks would be inserted into the cavity, which would be sutured, and the asteroid would be made to spin “like a pig on a spit” using ion-drive engines mounted on the structure’s equator (http://www.icarusinterstellar.org/project-hyperion-the-hollow-asteroid-starship-dissemination-of-an-idea/).

If you missed Part I of this series click here!

Arrival of the Motherships

It could have been a scene out of a motion picture: the citizens of a small South American city, enjoying the warm summer night at open-air cafés and entertainment areas. The heat, according to the local press, was the reason for so many people being awake as two o’clock in the morning, looking for cool drinks and ice cream to make the situation more bearable.

This then, was the situation in the city of Joaquin V. Gonzalez – named after the Argentinean senator and chancellor of the University of La Plata – when a “strange, gigantic luminous creature, elongated and weightless” appeared in the dark skies, lighting everything around it and under it. The apparition was described in the media as a “UFO mothership” or “cigar-shaped UFO with intermittent flashing lights and a fixed red beacon”. The bemused onlookers saw the majestic and terrifying structure make its way south toward the community of El Tunal before their community was plunged into a blackout.

An article in the November 26 2009 edition of Diario Popular added that a two hundred square mile area had been affected by the power outage as a result of the unusual phenomenon. UFO researcher Luis Burgos stated the object was “what we call a mothership, a sort of space aircraft carrier measuring no less than 200-300 meters (roughly 600 -900 feet) long, and which usually issues smaller UFOs measuring between 8 and 10 meters in size, which later return to the [mothership].” Burgos found corroboration for the event in a sequence of photographs taken two days earlier, showing a spindle-shaped object. “Our correspondent in the town of the town of Comandante Luis Piedrabuena, in the province of Santa Cruz, has sent us an exceptional document showing a mothership that flew over the outskirts of that southern locality of our country. This “phantom UFO” was picked up by resident Jose Acosta as he took photos of his property, located 15 kilometers west of Piedrabuena and in the vicinity of the Santa Cruz River, at 1600 hours on November 24, 2009. According to calculations made by our analyst, Jorge Luis Figueiras, the object is at a distance of 7 kilometers and is among the typical cloud formations of the country, having an approximate altitude of 4000 meters. This gives the alleged airship a length of between 80- 100 meters (250-330 feet).”

The mysterious “mothership” reappeared over the city of Joaquin V. Gonzalez on December 19, 2009 during the day, interrupting cell phone and internet service around five o’clock in the evening.

Other “motherships” had been reported in Argentinean cases, such as the 1990 event in Necochea on the Atlantic Ocean. On Sunday, 29 April of that year, a spindle-shaped object was seen by dozens who described it as a “flying cigar”. The object flew silently over the coastline and vanished into the sea after heading south. Curiously enough, the sighting also occurred at five o’clock in the evening.

“Please God, don’t let this fall down, or it’ll destroy the world!”

This was the thought that crossed the mind of Antolín Medina in the wee hours of March 20, 1980. Medina was a part-time cab driver who had just completed a fare in the vicinity of Lugo in Spain’s northwestern corner. His story, featured in Marcelino Requejo’s OVNIS: Alto Secreto recounts a man’s chilling encounter with a gigantic spaceship.

As he drove along Route N-540 on a crystal clear spring night, Medina had just driven past the As Lamelas power substation when he felt a growing feeling of pressure in his chest, coupled with a sensation of static electricity in the air. Distressed, he pulled the vehicle over and got out, suddenly unable to breathe. Insensibly, his eyes drifted upward to look at the night sky, and were rewarded by a shocking scene: A huge, dark triangular object hung silently some two hundred feet overhead.

“I was stunned as I looked at it, and I remember thinking: Please God, don’t let this fall down, or it’ll destroy the world! It was so large, and since it made no noise, one couldn’t imagine how it kept itself aloft. I thought about what would happen if it suddenly crashed. It was solid, metallic, dark grey in color and truly impressive, beyond being merely large. It had some sort of nozzles on each of its corners, dark yellow in color. I watched it for nearly a minute and suddenly, the nozzles lit up three at a time, issuing a bluish-white light, very intense, but making no noise at all.”

According to the bewildered onlooker, the massive object tilted to the right, allowing him to make out its configuration: an equilateral triangle measuring 1800 meters (5900 feet) per side. “I’m not exaggerating,” Medina insisted. “It was right above me and one of the vertexes covered the town of Piedrafita, which is two kilometers distant in a straight line from where I stood.”

A science fiction filmmaker would have had the mountainous object rev up its engines to a deafening degree, bathe the protagonist in actinic light, and take off toward uncharted regions. What actually happened in Medina’s case was the object leaped skyward silently, turning into a distant point of light before vanishing altogether.

A triangular UFO measuring nearly six thousand feet should be considered among the largest unidentified objects ever reported, but Marcelino Requejo’s archives held one more surprise: a 1989 report involving a spherical mothership. Two guards assigned to the security detail of the Endesa power station outside A Coruña had been told to keep an eye on Monte de Muras – a hill whose high voltage towers were possible targets for terrorist activity.

The security officers positioned their vehicles in such a way that they could command the view of three hundred thousand volt lines that provided energy for the Alcoa plant in San Cibrao. Around five o’clock in the morning, one of the guards pointed out the presence of a group of yellow lights traveling in a row beyond the power grid. They then noticed a similar formation coming up on the other side of the hill, at some two hundred feet over the transmission towers.

“That’s when we realized that the sky was being covered by something very large, as it hid the stars as it moved,” said the main witness, who gave his name only as Carlos. “We got out of our cars and it was then that we could clearly see what was going on. It was truly incredible, inconceivable! The dark mass passing over our heads and the rows of lights flying over the high voltage lines were part of the same object. It was gigantic, hard to describe in mere words. The rows of yellow lights were the edges of that object!”

There was a distance of more than half a mile between each power line, which helped the onlookers get a better idea of the massive proportions of the craft. “It reminded me of outer space movies, where the giant ships have many compartments and protuberances underneath them. We looked behind it to get an idea of what it looked like, but the shape became lost in the distance. It looked like a giant rugby ball. It was over half a mile wide, so you can imagine how long it was. It was in excess of one mile long.”

The witness was very specific about the details: the object made no sound whatsoever, the only noise that evening being the strong prevailing winds. It did not change course and flew slowly, an estimated sixty kilometers an hour (short of 40 mph), taking a full twenty minutes to cover “the twenty two kilometer distance in a straight line to Ría de Viveiro.” Once the object reached the sea, it disgorged two white spheres down a column of light that projected into the water. One of these objects flew inland at dizzying speed, flying over the security guards. The colossal mothership eventually began to sway from one side to another, shooting skyward at a prodigious rate of speed.

One is reminded of the timeless illustration of the smaller fish being eaten by progressively larger fishes. Here we have it in reverse – the relatively small flying objects reported by tens of thousands of witnesses worldwide over the past sixty years, those which have been seen on the ground, the motherships that carry them (unless they are simply “traveling dimensional doorways” capable of delivering a payload to a specific location), perhaps even larger motherships that carry the motherships, and ultimately the planet-sized objects they hail from.