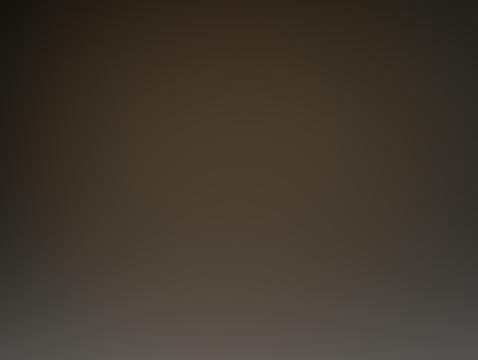 The Scottish writer Arthur Conan Doyle is most familiar to us today as the creator of the detective Sherlock Holmes. A lesser known fact about him is that he was also a Scottish Rite Freemason. Doyle was inarguably a highly intelligent and well-read man, who later in his life turned to mysticism and was the head of a Spiritualist movement, which lobbied to change England’s old law against witchcraft. He was a champion of the occult, and relished the writings of Crowley and Madame Blavatsky. Doyle may also have been a user of cocaine (due to his favorable references to it in his earlier works.) This drug was legal and socially acceptable then, and has been described as causing one to make strange mental leaps.

All of that together gives us a person who would, either knowingly or subconsciously, incorporate some highly relevant symbolism into his stories, infusing the Detective Mystery genre with other Mysteries.

According to a simplified version of Jung’s immortal theory of the Collective Subconscious, all of humanity’s dreams and desires are added to an endless stream of thought which is common to us all. Some sensitive people, notably adepts of the various creative arts, can somehow “connect” to that stream and get ideas and symbols out of it, which they shape into their creations. Critics may refer to this faculty as “creativity” or “imagination”.

A secret as big and ancient as the “Holy Grail”, which countless seekers strove to find over the centuries and even millennia, would certainly leave a mark on that timeless record. The brilliant trickster Doyle is actually likely to have known much of the Grail lore, as part of his research on the history of the Scottish Rite. Either way, whether by design or not, this lore found its way into his own tales.

There is a particular Sherlock Holmes adventure which can provide some very revealing information about the history of the Grail in modern times. It is called “The Musgrave Ritual”, and it is widely available online, for example at this link.

This short story is by no means an example of Doyle’s finer writing, or of Holmes’ more brilliant deductions and better known cases. And its plot is far less captivating than some of Doyle’s faster-paced adventures. But this could well have merely been a clever tactic adopted by Doyle in order to conceal the real importance of his account – because most readers would usually look no further. Let us scrutinise closely what he is telling us in that story.

Holmes initially sets out to find a missing butler and maid at the mansion of an old aristocratic friend, but ends up discovering something entirely different in addition – a buried treasure of King Charles I Stuart (which name is still spelled “Stewart” in the Scottish King Lists.).

The nature of the treasure itself is not important to the plot of the detective mystery the reader is presented with, and it is revealed only at the very end of the story, further diminishing its significance. Yet that is exactly the part which should pique the curiosity of any Grail researcher.

And that is because according to research put forward by such works as “Holy Blood, Holy Grail” by Baigent, Leigh and Lincoln, or “Bloodline of the Holy Grail” by Laurence Gardner – Charles I Stewart is named as the hereditary head of a “secret brotherhood”, which was in charge of safeguarding nothing less than the Holy Grail itself. This “Grail” was supposed to have been hidden somewhere in Scotland, most likely at the Roslyn Chapel, by the remnants of the Knights Templar who fled France after the destruction of their Order in the year 1307 CE.

The main clue which Holmes has to work with in the story, is an old family ritual of his friend Reginald Musgrave. Nobody in the family knew if the ritual meant anything at all – but respecting the wishes of their ancestors they had dutifully passed it through many generations of Musgraves, each head of the family traditionally teaching it to his male offspring.

Holmes’ friend caught his butler one day in the family’s private library, surreptitiously studying the old document, shortly before that butler went missing. Holmes reads the ritual, and understands right away that the ritual in fact deals with the location of some kind of a buried treasure.

Here is the wording of the Musgrave family ritual. It’s presented in the form of a question-and-answer dialogue, familiar as an entry ritual into all secret societies, including Freemasonry and College Fraternities.

Holmes performs an intelligent bit of geometric triangulation, to determine where a shadow of a rooted-out elm (whose height had fortunately been recorded) would have fallen , when the shadow of the still-standing oak tree on the estate would’ve been at the elm trunk. He then measures on the ground the amount of steps given in the ritual, and proceeds to find both the missing butler and the crypt where the treasure was concealed.

It was hidden on the Musgrave estate by friends of the deposed and executed King Charles the First, who were fleeing the Parliamentary forces of Oliver Cromwell. The exact date is not given, but Musgrave notes that his ancestor was a “prominent Cavalier and right-hand man of Charles II in his wanderings”. These “wanderings” are known to have taken place after the battle of Worcester in 1651, when the Royalists were defeated in their attempt to help the young son of Charles I gain back the usurped throne, two years after his father was beheaded by the Parliamentary government in the English Civil War of the 1640’s.

Holmes guesses that Musgrave and other Stuart supporters hid some historically important relics to keep them from being plundered, so that they could be passed onto Charles II when he was restored to power. The hiding place was described in the family ritual. The opening lines, “Whose was it”/”His who is gone” refers to Charles I. The second question and answer “Who shall have it”/”He who will come” refers to the hoped-for future coronation of Charles II.

But the original Musgrave who concealed the trove and wrote the ritual, had evidently died in the war before he had time to reveal its secret to his own son. Thus his descendants had no idea of the ritual’s true significance, until it was discovered by Reginald Musgrave’s butler and then by Holmes.

The “treasure” itself, which was hidden in that manner and eventually did not find its way to the son of Charles I but instead remained decaying under Reginald Musgrave’s house for over two hundred years, consisted mostly of some corroded and useless coins, and a shapeless piece of rusty metal. But after having cleaned it and bent it into its original shape, Holmes discovered that it was, in his own words,  “nothing less than the ancient Crown of the Kings of England”.

As mentioned, we are told this fact only at the very end of the story. The nature of the treasure when revealed, turns out to be merely incidental to the larger romantic adventure between the butler and the maid, whose mystery was unraveled by Holmes. And in fact it’s quite a disappointment to reach that end-part in the story, as the treasure itself means very little to any of the heroes in the tale, or to the reader.

Yet it would seem that the very lack of importance of this treasure in the story plot, is used by Doyle to disguise the fact that we are, in fact, talking about a vital link in the British Royal Succession, the very Old Crown of England itself. A most important artifact in itself, it is also extremely symbolic – not only of the Power its wearer wields, but also of the sacred Grail guardianship with which the Stewart line was entrusted.

The lost cache belonged to Charles I and it did not reach his son because of the Revolution. But Charles II did in fact eventually assume the British Throne nine years later in 1660, soon after Cromwell’s death – so he did actually inherit “the crown”, the Monarchy itself, if not the actual previous golden crown, which indeed was changed in England, with his ascent to the throne. He did get “the crown”, even if it wasn’t the original one. So which “treasure” of his father’s did he NOT get?

With Charles II the succession to the English throne in the Stuart line continued. This can only mean that Doyle was referring to another kind of succession which was broken here – that of the Stewart Grail Keepers, which was interrupted with the beheading of Charles I so that his sacred charge did not make its preordained way to his eldest son and rightful heir. The Grail succession stopped with Charles I.

The Grail, according to the legends, was deemed much more important to its guardians than rulership of the land. According to the history books, Charles II had a new crown made to replace the “lost” one, and this signifies that some sort of a major change took place in the British Monarchy at that time as well, as from that time on the monarchs wore a “different crown” than before. The symbolic significance of the Old Crown as the Old Grail cannot be denied.

This is borne out in the last question of the Ritual – “Why do we do it/For the sake of the trust”, which words should be written in capital letters as The Trust, thus obviously referencing the object of this ancient Stewartship. Doyle is saying that, due to the social and political upheavals brought about by the Commonwealth Revolution (as well as the changing religious climate in Scotland), Charles II no longer had the same control of the Grail as his father did. The Treasure did not make it into his hands.

Most recent posts by Sol Aris

All posts by Sol Aris