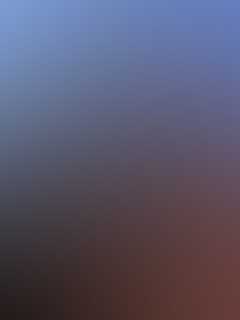 A Giant Winged Cryptid Over Barcelona Spain? (1990)
By Javier Resines

The twentieth anniversary of an unusual and highly original case within Spanish cryptozoology took place a few months ago. In June 1990, a giant bird decided to frighten—with its imposing presence and unpleasant crowing—a sizeable number of Barcelona’s residents.

What was extraordinary, aside from the apparition in itself, was the way it became known through a series of letters to the editor of a renowned Spanish newspaper. We must bear in mind that this phenomenon goes beyond the purely cryptozoological to go into the field of anthropology or social psychology.

On the morning of June 10, 1990, readers of Barcelona’s “La Vanguardia” had the chance to read a brief missive sent to the paper’s editor by Pere Carbó, a resident of the city. The anonymous citizen said: “I cannot help but to make known my surprise at this unusual event: on the evening 28 May, some residents of the Les Corts district were awakened by the unbearable crowing of a bird. It wasn’t just any bird. Our astonishment was immense when we stepped out to the balcony to see the black silhouette of a bird of tremendous size. It perhaps measured between 3 and 5 meters, and I am not exaggerating. Numerous residents saw it and numerous comments were made the next day. We assume that others must have seen it other neighborhoods. What was it? And what’s stranger still, why hasn’t it been mentioned in the press?”

This letter became the starter’s pistol that unleashed a veritable flood of letters from readers who claimed having seen the animal in various locations and under various circumstances.

Thus, during the following weeks, the creature was seen (day and night) in various parts of the Catalonian capital and in locations such as Gavá, Sant Joan Despí, Salou, Bellvei del Penedés and the region of Empordá. According to eyewitness accounts, the bird ranged as far away as 100 kilometers distant from Barcelona.

According to witnesses, the animal was dark (mainly black or grey) with a wingspan of between 3 and 15 meters, making loud crowing sounds in three different tones, and whose membranous wings were reminiscent of a prehistoric pterodactyl. In other cases, however, it was classified as a “mutant pigeon” or a black crow, naturally. As we can see, the descriptions were so wide-ranging as to preclude an identikit drawing of the bird.

A few days after the apparition, the Police acknowledged in a story published in El Periodico de Cataluña that it had received hundreds of calls reporting the presence of the gigantic being, while the citizen hotline crashed as a result of the event.

The most unusual hypotheses on the nature of the uncanny bird were put forward. Thus, Xavier Tutusaus (a reader who signed his letter as “botanist”) suggested that it was a specimen of Avis Cervus, a mythical species described in real in the 16th century (half deer, half bird) which – according to his theory – was passing through the city during its “customary” journey to Madagascar.

Moreover, Santiago Mayosa, officer in charge of the ornithology service of the Barcelona School of Biology, was unable to put forth a scientific explanation to the existence of an animal with these characteristics, theorizing that it could be an albatross, a species from the southern hemisphere whose wingspan can reach three meters, but completely unknown in the Catalonian littoral. The Department of the Environment of the Generalitat, on the other hand, offered a laconic solution: the bird in question was nothing more than a mere vulture.

In spite of this, the bird paraded through the Catalonian skies for three months, although several cases collected by local researcher Jordi Ardanuy lead us to believe that the bird (or birds, as the case may be) was not passing through the city, but rather had or has a local habitat. Let us see some of the cases compiled by Ardanuy: in the summer of 1991 or 1992, eyewitness J.A. Pérez was driving his car in the company of his wife near the El Prat airport when he saw a bird six times larger than his car. The animal, which looked prehistoric, made no noise whatsoever.

In early 1996, in Girona, a family was able to see a bird measuring some 5 or 6 meters. It was dark, silent, motionless wings and thick legs.

On April 14 of that year, Lluis Villamaría and a group of friends envisioned an immense black bird in broad daylight near Montseny. The bird flew by beating its wings barely three meters over the ground.

As we can see, we are faced by a curious phenomenon within domestic case histories. The apparently numerous witnesses made the fact known through editorial pages in a newspaper. This in turn caused the reaction of other readers who decided to share their experience, offer an explanation, give an opinion or, as was the case with some letters, add a humorous tone to the entire matter.

As a result of this initiative (let us call it a grass roots initiative), other dailies such as El Periodico de Cataluña, Avui and the Europa Press agency (as well as mystery magazines) decided to give a certain credibility to the story that became the talk of the streets of Barcelona for a long time, and collect reports to which they had access.

But what were the citizens of Barcelona facing back then? Several hypotheses have been put forth to explain the giant bird. The one that gathers the most supporters considers a voluntary or involuntary hoax that may have started with a malicious letter, followed by others who “thought” they had seen something or heard something. Errors of perception and a desire for celebrity, or to feel part of an extraordinary event, could lead a mystifying event to become real for many citizens.

The fact is that this animal (or whatever) became rara avis (pun intended) within cryptozoology at the international level.

So that all readers of our blog may have access to the full information on the case, the Criptozoología en España team has compiled the documents published by La Vanguardia. These are the letters, surveys, opinion pieces and editorials that the paper devoted to the bird. A total of sixty pages of material that our friends can request by writing to our e-mail address: [email protected]. We will be delighted to share the information with all of you.