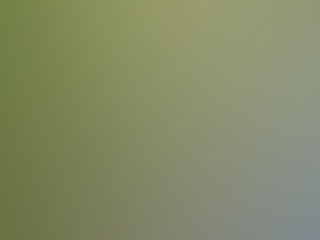 Uruguay: The issues raised by extraterrestrial life are as ancient as the story of civilization.
Various sightings have already been reported in Punta del Este and its vicinity time and again. One of them took place on 9 October, when Fernanda Romero had the chance to photograph an unidentified flying object in the sky over Punta del Este – an image that could perhaps be evidence of the existence of extraterrestrial life.
Starting with the photos taken by Maria Fernanda Romero — an outstanding figure in this city whose qualities allow the elimination of any possibility of manipulation — as a direct witness of the sighting, and as a function of the dissemination they had through this space, we were visited by Lt. Enrique Gonzales and Col. Ariel Sanchez-Rios, of Uruguay’s Comision Receptora e Investigadora de Ovnis, (CRIDOVNI) attached to the Uruguayan Air Force.
During an interesting conversation, they made us aware of the creation, functions and goals of this Agency at the national level, representing a true source of pride to the Uruguayan Air Force. Created on 7 August 1979, it maintains close ties to civilian organizations engaged in similar activities, with is main goal being to receive, study and evaluate all UFO reports over the national air space, which falls under the competence of the Uruguayan Air Force as per Law 14.747, supporting activities aimed at controlling airspace and aeronautical safety.
Within this framework, the compile and classify all matters pursuant to UFO reports, creating a database and establishing technical and scientific cooperation programs at the national and international level, establishing the characteristics and behavior guidelines of unidentified flying objects that engage in unconventional aerial maneuvers.
During their visit, they explained that the methodology employed in studying the sightings follows protocols that are stringently followed. The final conclusions seek to address five basic issues: the possibility that it could be fraud by the eyewitness, or else a third party causing an unreal belief, or a conventional phenomenon, or perhaps an optical illusion, or that we are definitely facing an unconventional phenomenon. These questions are dispelled through an analysis of documents (photos or videos), technical examinations performed on these items, time, weather and meteorological conditions, place and means, and the statements of witnesses who have perceived the alleged phenomenon through their senses.
During the course of the interview, and among other cases, they told us about one that most stirred the researchers’ curiosity: At midnight on 25 September 1975, the time being 19:30 hours, an FH-227 of the Uruguayan Air Force in service to PLUNA, heading from Asunción, Paraguay, toward Montevideo, was at a flight altitude of 14,000 feet (4300 meters) and at a cruising speed of 250 knots (450 kph). 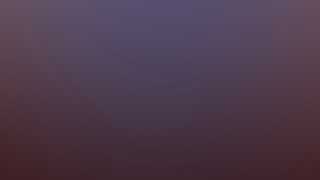 After flying over Monte Caseros and in the dark of the night, the pilot was able to see a yellowish, nearly white, glowing light over to the left and under this aircraft, toward the city of Artigas and very near the ground. The light began to rise to the same altitude as the aircraft within five minutes, keeping a distance of 3 to 5 miles, after which it accompanied the Uruguayan aircraft, matching its movements evenly.
Seeking to test a change in direction or attitude on the part of the unidentified object, the pilot turned on the left landing light, immediately noticing a reaction, as the unknown light began to approach the plane significantly. This movement ended when the landing light was turned off, causing the object to return to its previous position or to its original size. During the brief period of proximity, a strong scent of burned wiring was perceived in the cabin, as if originating from an electrical connection, but any problems in this regard were dismissed after checking. The odor was gone in a matter of minutes.
The captain made the corresponding calls to the control area, advising that he had traffic on his left and at his level, but he was told that no aerial traffic was reported on the route, level or even in the area of the incident.
Upon reaching the vicinity of [the town of] Florida, the airliner began to descend, crossing the cloud level for the first time during the flight. The light continued to escort them, but without descending. Entering the cloud layer at 6000 feet, visual contact with the object was finally lost.
They stressed throughout the interview that during the entire procedure they were in the cabin, observing the phenomenon with the two flight officers as direct witnesses. Also present was the captain’s nephew (who happened to be on the flight, and was called over to take photos of the phenomenon; these were subsequently analyzed by officials) and many passengers corroborated the sighting from their respective seats.
Many stories could be told over sightings here and around the world. There are many mysteries to be revealed, but there is no doubt that we will someday have the necessary evidence to confirm the existence of extraterrestrial life. A photo of Mars is commonplace today; perhaps in the future we will have images that reveal the mysteries of the Cosmos.
All of this material has created such interest among our readers that we will be addressing other aspects – legal and technical – which have not been widely reported. Furthermore, we undertake to provide you with timely information on the conclusions reached by CRIDOVNI’s official authorities regarding the sighting that recently took place in our beloved Punta del Este.
[Translation © 2013, S. Corrales, IHU with thanks to Guillermo Giménez, Planeta UFO]