She was a Quaker, the wife of a merchant, and the patient of Dr. William Pancoast. She was a woman whose name was never recorded.
“Dr. Pancoast, a professor at Jefferson Medical College in Philadelphia, had already examined and tested her numerous times. The woman lay on the table as she had been told to do. When she awoke, he did not tell her what he had done. He never told her. Nine months later, she bore a son. This was the first reported artificial insemination with donor semen.” (Gena Corea, “The Mother Machine,” 1985)
Henry Ford, the Rockefellers, the Rothschilds, Thomas Watson of IBM, the Bush family, and scores of other banking elites splurged charitably on what became known through esoteric writings of Madame Blavatsky as the “Horus Incarnation.” The Firstborn of the Illuminati was made higher than man from the artificial insemination of a resting virgin. A human fetus had been delivered through Pasteur’s microscope, born of Darwin’s Petri dish. He was a prince of Hanover, according to some reports, and he would grow up to become an important world leader.
* * * 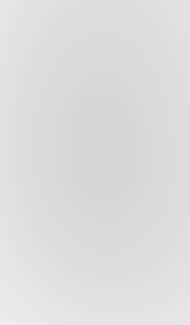 During the late 1800s, asexual artificial insemination became the corporate merchandise of a new “messiah science” announced by theosophists and occultists. It electrified the Royal Engineers and leading intellectual groups. But Victorian attitudes kept it veiled from the general public:
“In 1909 Addison Davis Hard published a letter in the American journal Medical World in which he claimed that the first human donor insemination had been performed at Jefferson Medical College, in America, in 1884.”
“In the ensuing controversy to which this publication gave rise it was revealed that Sims (another Jefferson graduate) had earlier performed artificial insemination on several women but in each case using the semen from the husband.” (R. Snowden and G. D. Mitchell, “The Artificial Family,” 1981)
According to Dr. Hard, the first artificially inseminated woman was the “Quaker wife” of a wealthy merchant. “The surgeon in charge of the case went to his grave with his secret, but when the merchant’s son was 25 years old he was visited by Hard.”
* * *
Aleister Crowley’s father Edward was independently wealthy thanks to his father, a Quaker who had amassed a fortune as the owner of a brewery that produced Crowley Ale. Edward was taught inside a Quaker family and later became an ultra-conservative Plymouth Brethren as did his wife Emily.
A book was published in the mid-1970s purporting to be a translation of the fictional “Necronomicon” grimoire mentioned in stories by the horror writer H. P. Lovecraft. This book, by a pseudonymous “Simon,” had little correlation to the Lovecraft Mythos but instead was based on Sumerian mythology. It was dubbed the “Simon Necronomicon.” Its introduction commemorated the “occult centennial” of Aleister Crowley’s birth and forewarned its readers that Aleister Crowley was created in a science lab.
* * *
Dr. William Pancoast allegedly performed the world’s first case of human donor insemination in the late 1800s with a rubber syringe for a Quaker couple he consulted at Jefferson Medical College in Philadelphia. Dr. Michael Echols wrote a biography of Joseph Pancoast, M.D. for the 2001 Appletons Encyclopedia. >From 1841 until his resignation in 1874, Pancoast was Chairman of the Department of Anatomy at Jefferson Medical College. His son, William, succeeded him.
Who was the most two-faced of Hitler’s doubles? Charlie Chaplin’s important 1940 film “The Great Dictator” gave its viewers a strong indication that Adolf Hitler vetted doubles. The popular 1984 novel by Colin Forbes, “The Leader and the Damned,” also suggested that an impostor was the real reason for Hitler’s drastic change in behavior and personality. Indeed, according to the OSS “Hitler Source Book,” Newsweek and other magazine articles of the early 1940s were often full of titles about Hitler’s impersonator or double.

Author Colin Wilson made a bleak comparison between Adolf Hitler and the occultist Aleister Crowley in his 1987 book “Aleister Crowley: The Nature of the Beast.” A similar analogy can be found in the best-selling 1960 book, “The Morning of the Magicians” by Louis Pauwels and Jacques Bergier. In 1984, linguist and translator Peter Lemesurier likewise expressed similarities between Hitler and Crowley (as antichrist) in “Beyond all Belief.” But it was Crowley himself who reportedly boasted: “Before Hitler was, I am.” He made a case that Adolf Hitler was his “magic child” or supernatural guinea pig. Crowley, who explored languages and loved to assume prestigious false identities, often implied that he was a “clairvoyant wizard” of Indo-Aryan thinking. He wrote in his autobiography that at his birth a few hair strands on his chest formed into a swastika.
* * *
Who was the sperm donor of Jefferson Medical College’s Quaker artificial insemination experiment? Diverse rumors entangled the British monarchy. Some even claimed that a Royal surgeon had organized the “Jack the Ripper” murders, perhaps to get rid of the surrogate mothers used for insemination experiments.
Other theories held to a belief that Adolf Hitler’s grandmother, Maria Anna Schicklgruber, had a sexual attachment with Baron Rothschild when she worked as a maid. Why did financial and industrial figures of World War II (and some members of the U.S. government) vow permanent loyalty to a failed Vienna street artist? Why did Third Reich financiers overpower the American banking industry with a “secret cabal” centered on the penniless, untested Hitler? Why did executive banking officials and respected scientists rise up against constituted authority?
Perhaps one of “Hitler’s doubles” was the real focus of attention, as a progeny of the Illuminati bloodline. Maybe the Horus Incarnation was the elites’ covert big business creation — a Quaker insemination and prince of Hanover masked beneath Victorian inhibitions.
“Harry Potter” is a series of fantasy novels written by the British author J. K. Rowling, starting in 1997. Her books chronicle the adventures of a wizard, Harry Potter, who is a student at Hogwarts School of Witchcraft and Wizardry.  As Harry develops through his teenage years, he learns to gain control of the magical problems that play against him.
It may by chance also be the “British school story” of Aleister Crowley. Perhaps an unnamed Quaker toddler was to become a spiritual teacher and a great orator. Maybe his supporters, working through non-profit foundations in Great Britain and the United States, groomed their Horus Incarnation to be a new “World Teacher” bringing about radical change in society.
Sure enough, occultist Helena Petrovna Blavatsky’s 1888 book “The Secret Doctrine” anticipated a coming world teacher who would unite the human race under a swastika leadership, which would last for 1,000 years. Fourteen-year-old Jiddu Krishnamurti was raised under the guidance of Annie Besant and Charles Webster Leadbeater, leaders of the Theosophical Society, who in 1909 believed the Indian boy to be a “vehicle” for the expected world teacher. But when Krishnamurti grew up he rejected this intention and dismantled the organization that had been established to support it.
* * *
“In the first recorded case of artificial insemination by donor, Philadelphia physician William Pancoast treats a couple’s infertility by injecting sperm from a medical student into the woman while she is under anesthesia; she gives birth to a boy nine months later. Pancoast never tells the woman what he has done, and only shares the information with her husband several years later.” (“The History of In Vitro Fertilization,” American Experience Online, PBS)
Dr. John Marion Sims had earlier performed artificial insemination on various women. The medical meaning of “donor insemination” was imprecise in the 1909 letter Addison Davis Hard published. Artificial insemination was not possible without a paternal donor.  J. Marion Sims, a mesmeric doctor –– said to have performed unethical and sometimes brutal surgery on slave women –– became the President of the American Medical Association in 1875 (the year of Aleister Crowley’s birth). In 1875, H.P. Blavatsky and Henry Steel Olcott established an “archaic wisdom-religion” institute called the Theosophical Society.
– Peter Fotis Kapnistos
www.myth-os.com