UFODigest.com » Aliens and UFOs » FLIGHT OF THE NAVIGATOR 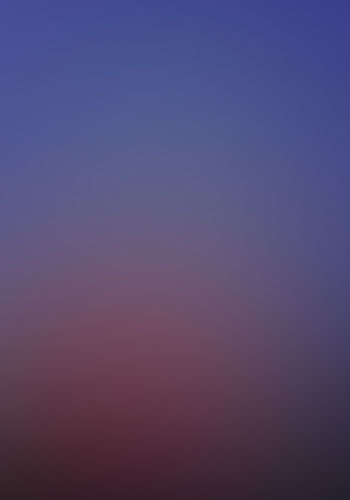 Some films are a purge, a visual ipecac, a dry and often painful coughing up of mold and mustiness, of the dusty depression that accumulates as one grows older and forgets the child once excited by everything from Disneyworld to a slice of lemon crunch pie.

An acting teacher, paraphrasing Franz Kafka, once told me that “art is the axe for the frozen sea inside of us.”

In that case, the 1986 UFO-themed kids’ movie “Flight of the Navigator” must be a hatchet with an edge as sharp as a diamond, a tool to cut through ancient emotional glaciers. Do melted ice cubes roll down my cheeks as I wake up from my coma, a quarter century of amnesia? Does it take one of Disney’s less successful classics to remind me of my own purity?

The film opens with what looks like a “flying saucer” gliding over the Fort Lauderdale skyline. The saucer turns out to be a Frisbee. 12 year old David has entered his dog Bruiser in a Frisbee competition. Bruiser loses the contest, but David loves him anyway and there is always next year!

David is an All-American boy with loving parents and a bratty younger brother. They live in Fort Lauderdale in one of many houses with sort of a laid-back 1980s aesthetic (think of the house from “The Golden Girls” interior and exterior for the vague and general vibe.)

Our tender family lives in an innocent 1978. The crucial early scenes with David and his family suggest our human vulnerability; a normal and loving family on the cusp of the unknown, gentle and unique human individuals both fascinated and frightened of the future, of strange possible courses in evolution (imagine if, in 1978, they took a peek at the year 2015), of intelligence greater than our own.

Disney seemed to posit an Epcot Center weltanschauung for middle-class families back then. We looked at the stars and only thought of colonizing them and making contact with their inhabitants. Jetson type fantasies. Yet there was also a slight spice of creepiness and romantic dread when standing on the beach and looking at the night sky. Like sleeping next to the sea in an area prone to tsunamis. That feeling must be our collective dreams meeting our limited and mortal selves.

Anyhow, David’s parents order him to trudge through the woods to pick up his little brother from the neighbor’s house. While walking through some dense forest, his little brother jumps out from behind a tree and startles him. David takes a light fall into a small ravine. He wakes up the very next instant and heads back to his home, assuming his brother found the way back by himself. When he knocks on the door he finds that his family’s home is occupied by strangers. We soon discover that he has been missing for 8 years. In that time he has not aged.

NASA, of course, takes hold of David in tandem with the same crashed UFO that abducted him. How fortuitous for NASA! As in other 80s films, the Never A Straight Answer agency is represented as the best of our brilliant minds, hyper-intelligent, overeducated experts crippled by our relatively humble point in evolution and blinded by the conformity and arrogance of adult rationalism and the scientific establishment. In other words, not much has changed at NASA since 1986!

David is kept prisoner at NASA headquarters. The strong arm of the government bars even his parents from visiting him. Soon the UFO is telepathically communicating to him from an adjacent hangar. David manages to escape from his swagged-out NASA room (at least they tried to be nice to their captive) and enters the craft. The craft seals itself and catapults out of the hangar.

Paul Reubens (Pee Wee Herman) plays the robot pilot of the ship. He needs star coordinates from David’s mind. Long story short, David and the Pee Wee Herman robot embark on the adventure of a lifetime before David is returned to the year 1978.

When I first saw this film at the age of 6, I determined to build my very own spaceship. After all, what boy wouldn’t want to fly around in his own Unidentified Flying Object?

My parents had just finished building their new house. Diverse scraps of wood, metal, and plastic littered the property. With such an abundance of materials I could – with the right amount of effort and determination – build a ship much like the one from “Flight of the Navigator.”

So I set about throwing everything and the kitchen sink (literally) into my creation, my passport to the heavens. What I ended up with was a heap of junk worthy of the most pretentious MoMa exhibit.

My dad eventually junked it. There must be scraps, splinters, atoms, molecules, quarks, and string vibrations of it somewhere. But as a coherently incoherent entity it has been no more since 1987.

But I did keep something. The process. The process, that creative process, and many of my processes since were “yogas of imagination”; an alchemy transforming the base metal of boredom into the gold of imagination. My alchemical egg produced a benign monstrosity that maybe helped someone to laugh or feel like a kid again.

This may sound corny, and like something a High School valedictorian would write, but I didn’t need a spaceship to reach the stars.

If you would like more information to wish to purchase this movie through AMAZON.COM simply click here:  Flight of the Navigator

Most recent posts by Will Johnson

All posts by Will Johnson