UFODigest.com » Aliens and UFOs » THE MYSTERIOUS LAND OF HY BRASIL 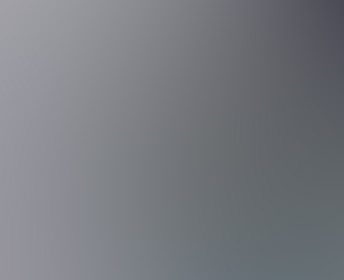 I have long considered our society decadent, deranged, and puritanical all at once. For our purposes, I will not attempt an analysis of the various cultural, economic, and environmental issues that undermine our ability to lead free and happy lives.
Click here to enlarge top map.  Brasil as shown in relation to Ireland on a map by Abraham Ortelius(1572)
It is enough to say that we are in trouble, even if we stand to lose nothing but our hearts, minds, and souls.
Our malaise can be measured by an “ugh factor.” How many times does one say “ugh” when one turns on the radio and hears another bland and monotonous autotune pop song? Or the “ugh” ejected from the diaphragm when one turns on the television to find nothing but a “Storage Wars” marathon?
Enough of my cantankerous bitching. The point is that I, as a young man turned old and semi-dead from trauma, have long dreamed of paradise. Paradise. Like the character Hugh Conway of the book and film “Lost Horizon”, I find myself shell-shocked from the irrecoverable losses suffered in my adult life; the loss of not only loved ones, but of opportunity and innocence. May I spend time in a Himalayan lamasery until my mild but persistent depression (downgraded from severe, like an existential hurricane) dissipates? And then play ball and teach school to nearly immortal Tibetan children? How I dream of recuperating in the safety of kindness and decency (I live on the Jersey Shore, a place that is the antithesis of kind and decent.)
So I spend too much time obsessing over lands with names like Shangri-La, Shambhala, Tir na Nog, Hyperborea, Agartha, and even Atlantis (though Atlantis has become a bit touristy in the escapist department.)
My latest obsession has been the mythical island of Hy Brasil, a land of enchantment off the coast of the green isle.
According to the 17th century navigator Captain John Nesbit, the island is inhabited by giant black rabbits and a solitary wizard who lives in a stone castle. The wizard was said to dispense the gold of wealth as well as the rare gems of arcane knowledge. Imagine having the chance to peruse his library. I’ll guarantee you at least some of his grimoires are not available on Amazon.
The island is also connected to the Rendlesham Forest incident. Hy Brasil was one of the coordinates downloaded to Air Force Sergeant Jim Penniston’s mind when he touched the UFO that hovered in front of his stunned face. The other locations given as coordinates were Caracol’s pyramid in Belize, Montezuma’s Castle in Arizona, the Giza pyramids in Egypt, the Nazca lines in Peru, Tai Shin mountain in China, and the portal to the Temple of Apollo in Naxos, Greece. Well, those all sound like cosmically-aligned places despite the profanation of tourist hordes armed with cellphone cameras. The coordinates to the Red Lobster on Queens Boulevard in New York are given in the sequel to the recently decoded binary script (because the occupants of UFOs also crave cheddar biscuits.)
So Hy Brasil has occupied my thoughts as of late. I even wrote a short science fiction story set in Hy Brasil. Faeries (in my story, indistinguishable from the gray aliens on the cover of “Communion”) abduct the main character to the fabled island. Once there, our protagonist marries a Brazilian (as in a citizen of the South American country) alien-human hybrid (the human side of the bride is very exotic and sexy) hermaphrodite (yes, the bride is a hermaphrodite too and he-she as both an alien hybrid and a hermaphrodite represents duality and binary opposition as oneness, an individualized tension as well as a reconciliation of opposites.)
The wizard conducts the ceremony with the faeries and black rabbits as attendants, and then the newlywed couple is whisked away to a honeymoon in Miami, where the union is consummated.
Why not Miami? Miami is Shangri-La with cocaine and Uzis. There you will find bronze gods and golden goddesses, ubermenschen (what are superwomen called in German, Nietzsche?), superior human beings frolicking on pristine beaches and taking their leisure in swimming pools as warm as hot tubs. As with all known locations, the Miami-Dade metro area falls short of a utopia, but it comes close enough. And the Barnes & Noble on Federal Highway has all the scholarly tomes this wizard needs! In the tropics I can stop dreaming and just be. Banish the thought of complete contentment if only to keep my curiosity alive for the unchartered territories.
Why can’t a place like Hy Brasil actually exist? I believe it does. Agnostic on most fronts, I feel comfortable living by a quote from Jorge Luis Borges: “Being an agnostic means all things are possible, even God, even the Holy Trinity. This world is so strange that anything may happen, or not happen.” “There is more in heaven and earth than is dreamt of in your philosophy…” Maybe instead of Willy the Shake (as some hep-cat 1960s comedian called Shakespeare) I can instead apply Kierkegaard’s take on Christianity to our mysterious island:
The tale of Hy Brasil is so absurd that it must – and I mean MUST – be true.

Most recent posts by Will Johnson

All posts by Will Johnson