UFODigest.com » Aliens and UFOs » FRIGHTENED BY GHOSTS BY MOONLIGHT ON TOMBSTONES? – PART II 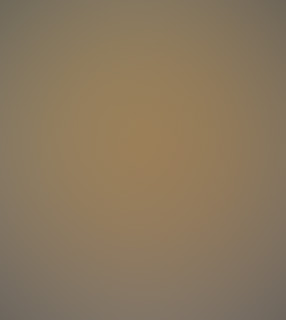 If you missed Part I of this series click here: https://www.ufodigest.com/article/frightened-ghosts-0103

The Widow appears not be alone. A driver motoring along Güemes Street in the middle of the night was startled to see the outline of a gaucho (the cowboy figure of the Argentinean pampas) standing in the middle of the road. “He was over six feet tall, wearing an elegant outfit with a wide-brimmed hat, perhaps the widest I’ve ever seen. He gave me a sinister smile and didn’t move from the road. I had to dodge him by the wire fencing, and then floored the accelerator,” said the driver, adding that he spent the following minutes in fervent prayer after seeing the figure was no longer visible in his rear view mirror.

The article in El Tribuno explains that the Widow is the wandering spirit of a woman who was badly mistreated and deceived throughout her life by her husband, a member of the landed gentry of Valle de Lerma. She prowls the night looking for revenge, seeing if an innocent passerby might be her husband. “Her preference is to get into the back seat of vehicles, whether it’s a motorcycle, a bike or a car,” writes Díaz, “but oftentimes she’ll weep by the roadside, waiting for someone to ask her what’s wrong.”

Salta is hardly the only Argentinean city beset by ghosts. The Buenos Aires suburb of Ciudadela has its own story to tell, this one involving a regular city bus making its way down Alvear Avenue one night. As the bus approached one of the town cemeteries (the Cementerio Israelita, in this version of the anecdotal account), passengers saw a “white cloud” rise up from the cemetery and approach the vehicle. As the cloud approached, its female features and outline became clearly visible. It accompanied the bus for a brief period of time, floating in the air, disappearing the moment the bus left the vicinity of the cemetery.

A Night at the Museum

Six thousand miles away, jumping across the Equator and back into the Northern Hemisphere, we find ourselves in Madrid, where an art museum – El Museo Reina Sofía, inaugurated in 1986 – has become the protagonist in a phantasmagoric odyssey.

The massive structure, remodeled in 2001 by French architect Jean Nouvel, dates back to the mid-16th century when King Phillip II (of Spanish Armada fame) decided it would be advisable to gather all of the hospitals, almshouses and other care-giving facilities in a single location, as the area, known as El olivar de Atocha (the Atocha olive grove) was already infamous as a place where the destitute were abandoned to die and left for subsequent burial. The task of building the giant hospital was left to Charles III and subsequent monarchs over the course of the next centuries, adding more buildings to the Hospital de Atocha yet never quite fulfilling the scope the original blueprint. At its peak, Atocha had a capacity of eighteen thousand patients.The building was abandoned in the 1960s and languished in darkness until the decision was reached to turn it into an art center in the early Eighties. Grisly aspects of the behemoth structure soon became known as workers found skeletons, chains and shackles, and even the mummified remains of three nuns in one of the chapels. Alvaro Gariño, writing in the April 1995 issue of Diario 16 (“Los fantasmas del Reina Sofía”) described the strange phenomena reported by the museum staff, ranging from doors opening and closing of their own volition, wailing and screaming in empty chambers and strange phenomena playing out in the hallways. It emerged that even during the years of service of the hospital, patients had complained of unexplained noises and apparitions. Even darker information came to light about the structure having housed hundreds of bodies during the Spanish Civil War, a place of torture and executions.

These stories of the past offered no solace to current employees who witnessed processions of ghostly nuns through the courtyards, hearing only the sound of their heavy rosaries, or photographers who found extra, and unwanted, faces in their images of historic art, much less to the cleaning staff coming across ghosts seated on benches as they went about their morning duties.

According to the Diario 16 feature, at the request of the museum’s management, a group of researchers and paranormal experts known as the Hepta Group spent a night in the building, searching for an answer. The group included José María Pilón, a priest; psychic Paloma Navarrete and journalist Sol Blanco Soler, who is quoted as saying: “The first time we visited the structure was because the security staff was concerned about the elevators starting on their own at night, which caused them to make continuous rounds, fearing a break-in. On the first night we were able to ascertain how this phenomenon took place without any explanation whatsoever. The group’s physicists checked the machinery room and found the elevators were disconnected.”

On a subsequent investigative journey, it was Navarrete, the psychic, who had the worst experience. “The most awful sensation was entering a circular chamber on the ground floor, where I saw several men shackled to the wall. I could see one trying to assail another, biting his face.” The article goes on to say that this museum chamber had once been the psychiatric ward of the old hospital.

An array of entities from centuries past manifested during a Ouija session held by the Hepta Group members in the museum: Malú, a 16th century Jewish woman, said she had lived in the year 1594 and only wished to “give glory to God”; the prioress of a religious order which had operated in the ancient structure in the mid-1700 appeared next; and finally a self-confessed murderer named Ata, who had appeared in earlier spirit board sessions. Curiously enough, this entity had no idea when it had lived or under whose reign it was. He professed not being happy, but wanted no aid from the living, according to the feature in Diario 16.

Among the more enlightened entities appearing during the session was a pulmonary specialist who had served during the Civil War years and died in the building. Researchers were advised that the building was filled with entities going as far back as 1585.

The Hepta Group produced a final, nine page report known as “El Informe Ata” (Ata or “Ataulfo”, honoring the restless spirit contacted twice in the Ouija sessions) concluding that the paranormal events were the result “of the intense emotional burden inherited from the years when the structure housed a hospital.” No further information on the hauntings was ever made public. It is to be assumed that they are still ongoing.