UFODigest.com » Paranormal » Ghosts » FRIGHTENED BY GHOSTS IN THE MOONLIGHT NEAR TOMBSTONES? 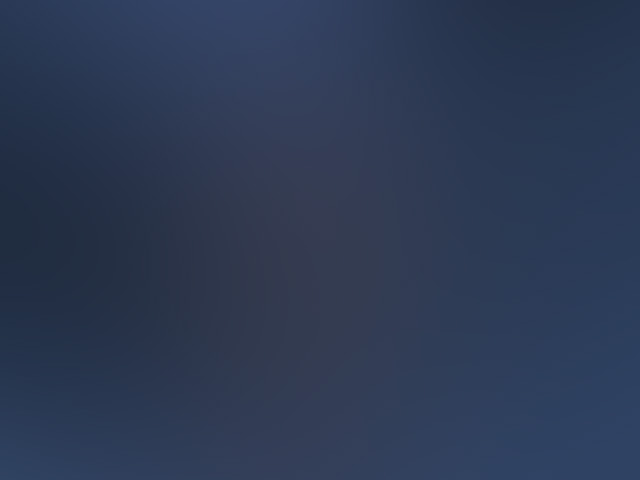 Anyone would reasonably suppose that with the proliferation of ghost-and-paranormal shows on television (Ghost Adventures, Dead Files, etc.) the average citizen would be completely inured to stories chronicles of hauntings and proof of survival beyond the grave. However, the ghost story still has the power to petrify the reader of viewer, not only in the United States but around the world. Cemeteries – as a rule – are places to be shunned or at least given a wide berth, despite efforts aimed at making them places where people can go for a quiet afternoon of jogging or even meditation, or just to look at some unusual and imaginative headstones, if nothing else. The fear is nonetheless hard to dispel, and medical science avails itself of the term “coimetrophobia” to describe the overwhelming fear of final resting places.

Yet, it may be possible that the fears of “coimetrophobes” are not unfounded…

Buenos Aires’ La Chacarita Cemetery is among one of the largest in Argentina, and is, in fact, the country’s national cemetery. Renowned for its ornate mausoleums, La Chacarita preserves the remains of actors, writers and musicians and at least one president (Juan Carlos Onganía). The surrounding residential neighborhood that shares its name is also popular for its cafés and night life, but one resident stands out for its high strangeness – the Phantom Taxicab.

Stories of this improbable vehicle were first set down in written form by Guillermo Barrantes and Victor Coviello in their Buenos Aires es leyenda (Buenos Aires Is Legend, ePub, 2004) series of books, involving a seemingly normal liveried vehicle seen in the streets and avenues surrounding the massive cemetery, on duty and ready to collect a fare. A young woman – says one story – had gone to the La Chacarita to pay her respects at her mother’s grave and flagged a taxi outside the gate to return home. Saddened by her visit, the young woman paid little attention to the vehicle she had boarded until an intense sensation of cold chilled her to the bone. Glancing at the windows, she saw they were closed and turned to ask the driver about the less-than-comfortable temperature. In a mixture of surprise and dismay, she noticed that driver had a deathly pallor to his features, looking like a corpse. Catching a glimpse of herself in the rear view mirror, she was shocked to find that her own face was that of a cadaver…at the speed of light, a flood of half-remembered rumors overwhelmed her brain. The driver would only take her back to the cemetery, as she herself was already dead.

Logically, there is no way she could have told this story to anyone, being deceased, but it became one of the many stories surrounding the cemetery – another urban legend of a major metropolis. It may be that her narrative was confected to create a backstory of sorts to a real unexplained event: The death of a thirty-nine year old woman named Felipa Hospertatto, who was found lying on one of the graves early in the morning by another visitor. Forensic specialists had determined the likelihood that she had been there all night, “taken by a sudden heart attack, related to the loss of beloved relatives”.

The authors, however, managed to interview a character known only as “Old Sandoval” – a pipe-smoking, ragged army coat-wearing character who explained that when visiting his father’s grave on one occasion, he boarded a taxicab that brought him into contact with the unexplained. “Up to that day,” said Old Sandoval, “I’d thought the legendary taxi was a lie. If it hadn’t been for my old man…”

When asked to explain further, the man added he had been thinking about his late father’s favorite activities while still among the living: dancing the tango in the kitchen, roasting meats on Sundays. His reverie was broken by a voice calling him by name. He looked out the passenger side window and saw a person on a bicycle keeping pace with the car, smiling after having gotten Sandoval’s attention. It was his father. Overwhelmed by the vision, Sandoval turned to the driver: “Did you see that man on the bike? That was my father!”

His joy turned to horror as he noticed the driver’s skeletal hands resting on steering wheel.

“When I saw those horrible hands,” Sandoval told the authors of Buenos Aires es leyenda, “I was reminded of the living dead cabbie. In the rear view mirror I could see the driver’s skull face staring back at me, upset that I had emerged from my daydream; that I should have awakened at that precise moment.”

Reacting instinctively, Sandoval opened the vehicle’s door and bailed out, hitting the all-too-real asphalt with force and receiving serious injuries. Aside from road burns all over his body, he broke his legs and nose. “Let them say what they will about me, that I’m sick or insane. Anything they want. All I know is that my old man’s ghost saved me from the taxicab, from the claws of the Grim Reaper.”

The authors asked whether he’d ever seen the skeletal figure on other occasions. “Often,” came the reply. “When I realize it’s [his vehicle] I look at him from the roadside, and he looks back. He can’t bear losing his prey, but knows I’ll never board his taxi again. But he’s powerful and wants me to have an accident or something like it. He wants me in his world. He wants me dead.”

Curiously, he added that he wasn’t the only one to have escaped the death cab. A florist from the Chacarita neighborhood had boarded the taxi and managed to escape, telling him that she was now being oppressed by daily sightings of the phantom vehicle, whose cadaverous driver would stare her down. It prompted her to move her flower stand to Avellaneda, another neighborhood in Buenos Aires, where she was shot to death amidst an exchange of gunfire. “Want to know where she’s buried?” Sandoval asked the authors, knowingly. He pointed at La Chacarita. “Yes, right there. And that bastard wants to do the same to me. But it’s going to cost him dearly.”

Stories of cab drivers conveying passengers who turn out to be ghosts are common, but if there is the slightest shred of truth to the La Chacarita phantom taxi, it might be a unique event. The only other phantom vehicle that comes close would be the one employed by the dreaded “Zobop” – the magical gangsters of the Haitian tradition. This, however, was a very real car used for nocturnal raids with a sorcerous purpose. “A few years ago,” wrote Andre Metraux in Voodoo in Haiti (Oxford University Press, 1959, p.297) “there was much talk in Port-au-Prince of a ‘tiger car’ that took people away by night to eat them. This was no innocent folk tale, as a friend of mine was able to witness. He – Monsieur M.B. – was suspected of being the driver of the phantom car and was almost lynched by a crowd which surged around him, accusing him of having killed a child.”

Tango in the Night

Argentina’s El Tribuno newspaper recently published an article about a ghostly entity that has been striking fear in the hearts of residents of the city of Salta, which has enough to worry about with its long history of UFO sightings. Reporter Daniel Díaz looked into the curious situation, obtaining detailed descriptions of the bewildering entity: a tall, thin figure of a woman, walking upright, whose face is not fully visible, but whose eyes create an intense feeling of disquiet in those who approach her. The ghostly female presence has become known as “The Widow of Güemes Street”, at least to workers in a slaughterhouse by the cemetery.

Workers must report for duty in spite of the fear inspired by the figure. “When you see her, you don’t know if to go on or head back to town,” said one worker. “Seeing her made my hair stand on end and I was engulfed in overwhelming cold, but I plucked up my courage and pressed forward. Then she vanished. It isn’t something you can tell just anyone,” he told Díaz, “or something people will understand immediately. The fact is that this ghost appears and the fear she inspires is tremendous.”