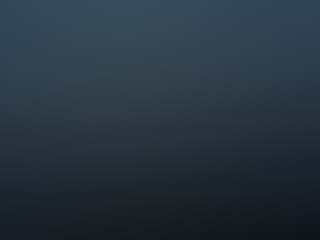 [Portuguese UFO researcher Nuno Alves posted this interesting item to Guillermo Giménez’s Planeta UFO site. It is a message directly sent by the eyewitness regarding his unusual experience – SC]

This event took place on the evening of 31 August of this very same year, 2012.
I was in the company of two friends, both of them hunters, who saw exactly the same thing. We live in Grandola, and hunt wild boar for sport in Serra de Grandola and Santiago do Cacém. I have been hunting for nearly 30 years and never saw anything like it.

It was already past midnight and we were on our way back home when we say a light that we could not explain. It was a very quiet night, moonlit night, and ideal for hunting.

We became tired of waiting for wild boar to appear, so we decided to return home – one of my companions had to work on Saturday. We walked for some twenty minutes back to where we left our vehicle. This must have been around half past midnight or one o’clock in the morning, more or less. We got the car going and set off on the return trip, driving past Santa Margarida da Serra.

A few kilometers ahead on the road there is a tight, elbow-type curve before the straight segment that leads to Santiago do Cacém Grandola, and it was exactly after taking that curve that we saw a very bright light above the trees and pine groves in the road’s median strip.

Blinded by the light, I slowed down and pulled over to the shoulder. The three of us got out to get a better look at the light. We weren’t able to see any figures, just a light some 20 meters long, with an elongated shape.

The light flew very slowly to our right, passing over the pine groves at the summit of the mountain range where were stopped. We weren’t frightened; just amazed by the inhospitable presence of that light.

One of my companions said that it was a firefighting helicopter that monitored the mountain range on account of the forest fires. However, we decided that it couldn’t be a helicopter, as there was no engine sound to be heard.

A few meters head from us, a car pulled over and a military man from the GNR, known to us, emerged. He saw the same thing and spoke with us about what we had seen.
We remained there for a good 10 minutes, looking at the light. The military man phoned someone to discuss what we were seeing at the moment – I suspect he was talking to his base! At that point, one of my friends remembered [the existence of] a fire tower whose staff could well be seeing the same thing. The light vanished slowly into the mountain range, and me and my friends returned home, amazed. I believe the soldier followed the object. He was very curious about it, and it was he who recorded the object on his cellphone. Our own were turned off at the moment, and we didn’t even think about cellphones at the time.

Meanwhile, some days went by, and I happened to mention the event to some fellow hunters without mentioning the word UFO. I never believed in such things, until I saw one. I was impresses with what other hunters told me, swearing that they had seen lights that they at first took for helicopters, but made no engine sound whatsoever.
I’ve been a hunter for many years, and I’ve seen shooting stars, meteorites and all those natural things. But what we saw on the night of 31 August goes beyond anything I’ve known in my life. I served in the Navy and never knew of a helicopter that didn’t make an engine noise. Such a thing doesn’t exist. I am aware of many new technologies in contemporary military aircraft.

I’m convinced that the fire fighters on duty in the Grandola tower also saw the light. It was a very large object; not seeing it was impossible. My hunting companions and I still wonder what that light was. We have gone hunting in the same area again, but haven’t seen it again. The oddest detail is that when we now lie in wait while hunting, I’m constantly looking at the sky, like someone who expects to see something that surreal all over again.

After undergoing an experience like this one, not knowing whether it was a UFO or not, my notions about these objects have changed significantly. I would like to say that I saw a UFO, but I can’t say for sure, as all I saw was a light. A light I’d never seen in my life. I’ll send you a drawing of our position with regard to the light. On the Internet, my son found an image that resembles what we saw. It was at my son’s insistence that I am sharing the sighting – it’s not the usual topic of conversation for a coffee shop. Many would not believe. I’m curious about the recording made by the GNR soldier. He made the recording with his cellphone camera, and I can say it was a good recording, because we commented about it as he was recording.