UFODigest.com » Aliens and UFOs » Alien Encounters » “I SEE DEAD COWS” – TOWARD A MUTILATED VISION OF REALITY 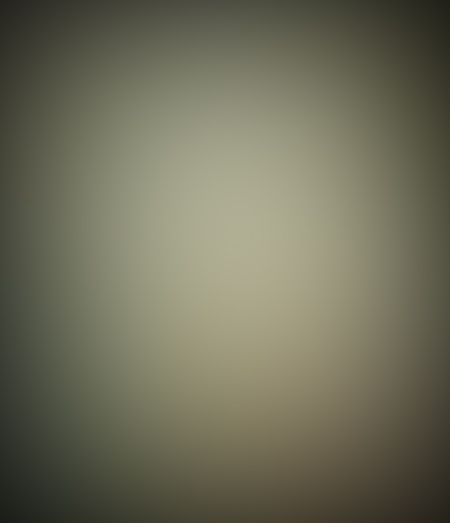 They return every so often, especially when the weather grows cold and the media runs out of stuff to talk about, or the story runs afoul of a hungry editor starving for a juicy ration of paranormal ghoulishness.

The flaps of “cow mutilations” or cases involving “cattle mutilations” represent a branch phenomenon of popular ufology or the urge to find evidence of extraterrestrial activity on Earth. It is also kept alive, however, by other media-created mysteries, such as the Chupacabras, or it receives a dose of crafty explanations such as those built by conspiracy theorists (which should not be cast aside, despite their minimal diffusion, as these are often turned into successful sci-fi scripts).

On August 25 of this year, the La Nación newspaper published another news item. Last year another appeared in Tucumán, and if we keep searching, or google back even further, there isn’t a year that does not include a report on this mystery that proves hard to extinguish. Likewise, we find a more intensive presence in provinces such as Entre Rios, where local UFO groups – highly interested in the matter – publicize accounts that would otherwise go unnoticed.

In 2002, this phenomenon manifested itself in Argentina with unprecedented strength. Personally, its importance was such that a chapter based on the matter displaced another on the mysteries of Capilla del Monte in my book Invasores: Historias Reales de Extraterrestres en Argentina (Sudamericana, 2009).

The following is an abbreviated version of the most theoretical part of the chapter included in Invasores:

12 years ago, Argentina experienced its first ufological cow-icide. I started in April and reached its climax in June 2002, particularly in the province of Buenos Aires and the Pampean region. Farmhands, cattlemen and local residents woke up to find dead cows of all breeds and ages all over the place. Dozens of bovine carcasses rested near circles of flattened grass, near empty water tanks – drained by who knows what and for which reason – and others in unusual circumstances.

All of the animals presented as “proof” of the flap bore similar injuries: their edges were irregular, as though cauterized. According to farmhands and cattlemen, these incisions appeared to have a purpose. Their carcasses had been despoiled of their soft tissue (tongue, eyes, ears, nipples, genitals, udders) and sometimes they appeared exsanguinated. Locals would sink their knives into them and the blade would emerge dry, as if they had been plunged into a piece of pound cake.

The discovery of over two hundred mutilated animal carcasses was reported in less than three months, a ruthless and doubtful notion, but giving the impression that an intelligence had been at work and the deaths were not due to natural causes, such as the onset of the cold of winter or seasonal diseases followed by the instinct of certain predators looking for nourishment. Agreement between cattlemen, journalists, policemen and ufologists was overwhelming: the incisions looked artificial. These animals filled the ranks of the bizarre while predator activity was dismissed by some veterinarians in their homilies. The cult of the mutilated cow was confected by all of them, with or without an awareness of the subject.

The flap ended almost if by decree. On July 1, 2002, the National Food Safety and Quality Service (SENASA) blamed the weather and carrion animals. Presto: a mystery cauterized.

The official body stated that rodents belonging to the Oxymycterus rufus genus – among other vermin – had devoured the cattle in fine gourmet style while other victims lay dead as a result of ice storms, disease or natural causes. Bernardo Cané, the head of the organization, stated: “We are dismissing Martians, the Pombero and other rural Argentinean beliefs.” (1) The sentence would have been less odious if Cané had not ascribed the mutilations to “esoteric practices” a week earlier. (2) Forty-five days later he was dismissed from his position under suspicion of underhanded dealings. (3)

Other experts were also caught on the hop. Veterinarian Alejandro Martínez suspected “some sort of techno-cattle rustling” wielding the thermocauterizer (a pistol that fires darts) to underscore that the mysterious incisions could be caused by “any agency”. Pathologist Ernesto Odriozola supported “the actions of some madman”. Even the most experienced forensic pathologists stoked the mystery. Days later, SENASA disclosed the results of a necropsy performed on twenty animals collected from fifteen farms in different sections of Buenos Aires province. Cané presented his conclusions in a press conference: the cattle died “due to pneumonia, malnutrition, metabolic or infectious diseases that are highly prevalent during the winter season.” Thus, the mystery was halved: the mutilated cows…were already dead. The enigmatic incisions had been subsequently caused by various carrion animals, the red-muzzled mouse among them.

“Extraterrestrials Laugh at SENASA” proclaimed one of the screens of the Crónica TV channel. The mouse’s humorous moniker prompted the notion that it had all been a gag. It was around that time that I phoned Dr. Alejandro Soraci, one of the parties involved in the study conducted by Universidad Nacional del Centro (UNICEN). “Could you photocopy the report, and I’ll send for it?” But there was nothing to photocopy. The only material available, he explained, was the press release and the video of the mouse in action. SENASA results were simply two hastily drafted pages. The investigation could hardly be taken seriously with such apathy. “Why were mutilated cows found in places where the Oxymycterus isn’t found? And if it was the mouse, why didn’t SENASA undertake a campaign to control it?” wondered ufologist Quique Mario. To him, and to many other ufologist, the media oasis was deceitful. “Matters remain the same: nothing has changed. Two animals were found mutilated last Saturday, thirty kilometers from here. Last week there were five and seventeen down south, around Cuchillo Có,” he told me in mid-2003.

What factors were at play in unleashing the epidemic? Why now, and not before?

This is how SENASA – spokesman for official explanations – has belittled the human dimension of these experiences. Not everyone is willing to believe that cows are abducted by UFOs, or that a clandestine operation was set in motion to decimate the bovine population and attack those who came too close to the truth. It is also unfair that aliens should mock SENASA. The fact that the initial speculations of its experts should contradict the formal verdict speaks volumes about the fantasies that the mystery creates in all of them, scientists included. On the other hand, it doesn’t say as much about the quality of the study, which does not exempt SENASA from the mistake of making a pronouncement before the results were in hand.

The red-muzzled mouse’s leading role gave the matter an almost humorous cast: The scene-stealing and headline-grabbing mouse obscured the investigation’s credibility. It is possible that the media stressed the rodent’s involvement because there can be nothing better than a Supermouse to displace a Chupacabras. The irregular, serrated tooth marks of the Oxymycterus rufus appeared on the skin and bones of the analyzed animals. Those marks explained the origin of the strange incisions, some of them described as perfect circles. “Ever since Tom and Jerry, we know that a [mouse hole] has a circular opening. Rodents stand up and work from top to bottom,” explained Fernando Kravetz, full professor of Ecology in the School of Exact and Natural Sciences of the University of Buenos Aires. “The rodent population grew with the increase in the availability of dead animals due to classic diseases, changes in vegetation and pastures deteriorated by the ice storms. Crops are harvested in March and the weather changed abruptly in April.” (4)

The quantity and dispersion of dead animals did not startle the professor, considered the main expert in rural ecology. “If three hundred mutilations were reported, the existence of a total of two thousand carcasses could be estimated. A congruent number for that time of year.” SENASA also mentioned less photogenic predators, such as the Pampas fox, seagulls and armadillos. But the red-muzzled mouse was on the cover, because the cow mutilation wave resulted in the casual discovery of an unexpected mutation in it dietary habits. Up to 2002, it was believed to be an insectivore, but it feasted on beef when given the chance. Kravitz measured the marks appearing on the cattle’s toughest tissue (such as the base of the tongue) and found the same patterns as in “cattle mutilations”.

Nor was SENASA the only agency to reach a prosaic conclusion. The Animal Health Group of the National Livestock Technology Institute (INTA Balcarce) studied ten cases. “The incisions and absence of internal organs, ears and nipples are due to action by predators found in the region.” The causes behind these animal deaths – when they could be ascertained – were not mysterious either (intestinal parasites, mineral deficiencies, metabolic diseases, malnutrition) as well as the cold and ice storms that blanketed the southeastern region (5).

What SENASA neglected to do – never mind other official agencies that were unresponsive to the mystery – was to find a hypothesis able to answer a question that can be stated in three ways: Why did men experienced in cattle activities feel certain that those incisions were qualitatively different from those caused by other predators? How can the belief about the phenomenon’s novelty be justified? What changed so that some more or less ordinary deaths should turn into an epidemic? Perhaps the answers would offer no consolation to cattlemen and others impressed by direct experience, but it is better to try to answer tough questions that feel the breath of the Chupacabras on the nape of one’s neck again.