UFODigest.com » UFO News » IN THE SHADOW OF THE SHAPESHIFTERS PART II 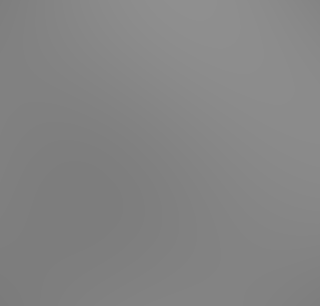 The author adds that the community appeared to shun her instinctively. In 1930, a farmer from the French village of Bourg-la-Reine, known as a sorcerer to his frightened neighbors, was widely accused of taking on the shape of a wolf at night. After his death, a search of his farmhouse revealed all the paraphernalia associated with black magic. In the mid-1940’s a Navaho Indian reservation was alarmed by rumors of a werewolf attacking herds of sheep, despoiling graves, and killing and eating women.

If you missed Part I of this article click here!

Also in the 1940’s, a woman in Havana, Cuba who suspected her husband of marital infidelity on account of his secretive behavior followed him in secret to a desolate point far beyond the city limits. To her surprise and horror, the man took a running leap forward and changed into a four-legged, panther-like creature before disappearing into the tall tropical grasses. She later discovered that her husband was a high priest in a secret magic sect.

Haiti’s secret black magic societies allegedly carry shapeshifting one step further by having the ability to change their hapless victims into animals, preferably beasts on the way to the slaughterhouse. It is often said among the operators of these places that many human beings have been slain under such conditions. A slaughterhouse in the Haitian capital of Port-au-Prince allegedly took precautions by administering injections to all cattle. Allegedly, one such “changed” beast cried out: “Now I am here, I remember my children!”

Can it be that shapeshifters are not human at all, but rather another form of intelligent life capable of imitating not only humans, but animals as well? This theory of “mimics”, proposed by renowned UFO and Fortean researcher John A. Keel, postulated that just as there are creatures in nature that mimic other species of animals, there may be creatures that mimic human life. This theory could be extended to account for bizarre sightings in which the witness or witnesses are uncertain if what they have seen is an animal or a human being.

Maryland-based researcher Mark Opsasnick has collected a number of such sightings which span the history of that state from the 1900’s onward. The bulk of these sightings center around “half man/half…” creatures, whose other half has been described as feline, ape-like, goat-like, and in some cases utterly beyond description. Could these be considered cases of “imperfect” shapeshifting? More to the point, could the ease of travel exhibited by big hairy monsters and other creatures, who move unnoticed through the highly populated areas in which sightings often occur, be a result of their shapeshifting into an unremarkable form, human or otherwise? Author Brad Steiger points out a case in which a shocked witness looked out of his patio door to see an enormous vulpine figure drinking out of his swimming pool, with the remains of a pair of pants around one of its legs. Items of clothing were reported by witnesses in three distinct cases from different parts of the country involving Bigfoot-like creatures: checkered jackets and frayed trousers, many sizes too small for the dimensions of the beings involved. Are we dealing with humans who, like TV’s The Incredible Hulk, are caught in mid-metamorphosis with shirts and pants that won’t stretch? This jocose notion aside, it must be observed that Bigfoot and his kin are not the only ones who have been spotted in human haberdashery. In 1972, a Californian hiking around mysterious Mt. Shasta claimed to have seen a “reptile man” wearing a shirt and trousers making its way up the slopes.

Another interesting possibility arises in this discussion: could the animal shapes reported as naguales, skinwalkers or other metamorphs be “tulpas” – images created by a concentration of thought, having limited volition but enough to be sent on tasks by its creator? Alexandra David Neel, the indefatigable 19th century traveler, made western audiences aware of the Tibetan “tulpas” and how Himalayan monks brought them into being. These creations often assume the shape of their creators, being the easiest image to manifest. More complex creations can even be touched and their movements heard by others.

Neel attempted to create her own “tulpa” and discovered what many adepts have found: once brought into being, they are hard to undo, unless certain “programming elements” – for want of a better word – have been created for the copy’s reabsorption into the original.

A South American mystic created a fierce, gigantic dog-tulpa to help him with his duties on a remote farm. The creature was terrible to any intruder, but loyal to its creator, and would appear from sundown to sunrise. The imaginary hound had other plans: it denied the farm’s foreman access to the site, and the tulpa’s creator had to send it away to a barn, where the imaginary hound chased flesh-and-blood dogs away in terror. Soon it began to disobey, trapping farm workers in their barracks, its glistening fangs leaving no doubt as to its intentions. The mystic decided to undo his creations before returning to Brazil, but was in for a further, more physical shock: he had not taken into consideration the amount of energy he would be reabsorbing into his body, and the shock was akin to a blast of electricity. While he emerged otherwise unscathed, he admitted to experiencing slight convulsions for many days after the event.