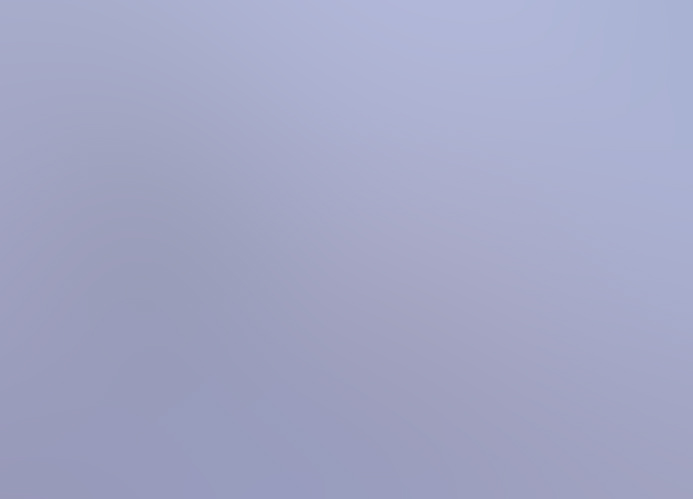 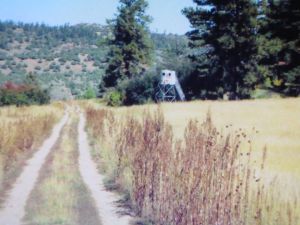 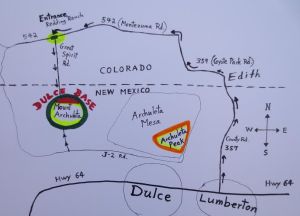 The National Institute For Discovery Sciences  (NIDS headed by Las Vegas billionaire Robert Bigelow, who also owns Bigelow Aerospace) reportedly had made an investigation earlier (ca. 1998) regarding this suspicious ranch.

However, the following report itself by NIDS regarding this ranch seems to be more suspicious now:

(QUOTE, from the original NIDS report)

“It has been reported in the media and on the internet that the Redding War Ranch, located at 37° 2.91′ north latitude and 107° 1.44′ west longitude (GPS) next to Mt. Archuleta (straddling New Mexico – Colorado border), is rumored to be an undercover facility engaged in secret activity connected with Mt. Archuleta.

These rumors further state that the ranch has eight armed guard watch towers scattered along the property.

In addition, there is an unusual round steel (and air conditioned) building located behind a ranch entrance gate on the opposite side of the property (37° 6.02′ north latitude and 107°2.85′ west longitude – GPS).

Having seen the towers and being interested in their origin and purpose, a simple phone call was made to the phone number above.

It was learned during the phone conversation that the President and CEO of the company is Mr. W. A. Redding.

Contrary to the myths that have been perpetuated, a simple explanation was provided by Mr. Redding.

1) Mr. Redding stated that the watch towers are actually hunting stands with the brand name “The Ultimate Hunting Stand.”

Further, the stands are used for photographing game and birds, and hunting of game (deer, elk, javelina,moose, sheep and turkeys).

According to published literature, the stands have been in production since 1963 and employ 75 years of hunting and 60 years of steel fabrication experience in their design for all-weatherhunting.

2) The round steel building is a bunk house for ranch hands designed and manufactured by Mr. Redding’s Houston steel company.

The bunk house design employs the same all-weather heavy gauge steel construction as the hunting stands along with air conditioning and fuel-oil heater.

It is not currently being used.

3) The owner of the Redding War Ranch is Mr. Redding himself.

He can becontacted at the phone number given above.

4) The Redding War Ranch is used to raise small herds of Beefalo”.

OR, IS THERE MORE TO THE REDDING RANCH THAN THE ABOVE EXPLANATION BY NIDS?

Here is what Edmund Gomez from Dulce said about this.

And I agree with him.

“Based on the source of research by NIDS, yes, this was their take on the ranch years after the ranch let its defense down and allowed folks to travel through it.  From early 1960’s to late 1980’s, you could not trespass on the Redding Ranch, not even to retrieve a cow.  Why?  That is the million dollar question.

And, why are all the structures including the towers, doors and windows in bunkhouse constructed of a very heavy gage steel (making them bulletproof)?  NIDS continues to provide information  (or is it disinformation?) to keep us off track, in my opinion.

In the fall of 1997, I led Gabe Valdez (former New Mexico State Patrol Officer in charge of the Dulce area) and two other scientists from NIDS on the expedition and continued through up to Mt. Archuleta.

We were able to go directly to the towers, enter, photograph and see the tags with the manufacturer.  I told them that the glass, doors, shutters and structures were bullet-proof and was going to show them, but inexplicably, Gabe Valdez stopped me. I could not get them to go to the “bunkhouse and hangar” to investigate further. Also, I noticed that the airstrip had been plowed and planted with oats.But again, no interest was shown by the NIDS folks”.

I could not agree more with the above quote from Edmund Gomez.

I also do not trust NIDS (National Institute of Discovery Sciences).

By the way, Greg Valdez, in his excellent book DULCE BASE

mentions that (the late) “Mr. Redding owned Houston Blow Pipe and Steel and was a military contractor providing manufacturing of heavy-duty plate rolling, which was commonly used at the Nevada Test Site for construction of underground tunnelsduring the testing of nuclear bombs in Nevada.

Mr. Redding’s company also provided air circulation systems (that’s one of the services a blowpipe company usually provides, in case you’re curious), which would be convenient technology to have for constructing an underground base or tunnel”.

Redding Ranch is currently owned by the Southern Ute tribe which purchased it from W.A. Redding on August 16, 2005.   Redding passed away in 2009 in Texas. Redding acquired the property in 1976.

According to Greg Valdez, in his book DULCE BASE, “the land directly south of the Redding Ranch did not indicate a previous owner.The key to this is the fact that the United States government owned all the property prior to 1965 and it wasn’t the Forest Service or the Bureau of Land Management.

When Edmund Gomez looked into the property records during the 1980s, he found ficticious companies listed (a common tactic of agencies such as the CIA) as the owner on record of the Redding Ranch.  After Edmund’s finding of the fictitious companies became public, the ownership records changed back to Mr. Redding.”

HERE IS HOW TO GET RIGHT NEXT TO THIS SUSPICIOUS RANCH:

Norio Hayakawa (Japanese: 早川 弼生 Hepburn: Hayakawa Norio, born in 1944), From Yokohama, Japan, is an American activist who lives in Rio Rancho, New Mexico. He is currently the director of Civilian Intelligence Central, a citizen oversight committee. He has appeared as a guest on Coast to Coast AM multiple times, and is most known for his UFOlogy investigations in and around New Mexico and the American Southwest. He is also aCountry, Western, New Mexico music, musician; this was mentioned comically by Jay Leno, who stated, “This is what America is all about folks.”

Norio Hayakawa is from Yokohama, Japan, but calls New Mexico his home. He attended Spanish classes at theUniversity of New Mexico, and graduated in 1970. During March 1990, Norio Hayakawa lead a Nippon TV crew inDulce, New Mexico, where they interviewed the locals, including from the Jicarilla Apache, tribal officials, general townsfolk, and ranchers, about paranormal activity in the area.