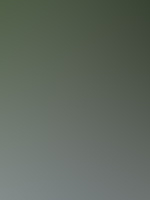 Popular Internet radio broadcaster Jerry Pippin http://www.jerrypippin.com/
based in Muskogee, Oklahoma, stunned his worldwide audience on September 25 when he featured researcher Anthony Sanchez who, for the first time ever, revealed to the public the official government/military name for the much-rumored, alleged underground installation in Dulce, New Mexico.

He stated that this information came to him directly from a retired Air Force Colonel in January of 2010 when the Colonel invited him for an private interview in his cabin in California.
The interview lasted about three hours and was recorded on tape.
The Colonel is presently teaching in a college under a new, assumed name.
Sanchez seems to be in touch with the Colonel who gave him more astounding information about this complex.
Sanchez stated that the Colonel agreed to cut off all communications with him once Sanchez’ book, UFO Highway, is released in December, 2010.

The official, abbreviated form of the Dulce installation is RIO ARRIBA CO, DSD-3 or RIO-AUX, Sanchez told the audience.
This military designation is not found anywhere on the Internet.
Sanchez said that he was told that this designation is “classified” when he made an inquiry with the Military Records in St. Louis.

Another information that stunned Pippin’s audience was the revelation that there are three separate installations in Dulce. The main underground installation is named TA-D1 and is located, surprisingly (and confirming the long-existing rumor), under Archuleta Mesa!! 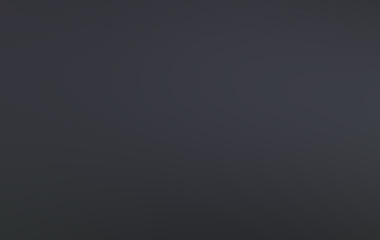 The second underground installation (a two-level installation) is named TA-D2 and is located on a non-descript area between the Eastern slope of Archuleta Mesa and County Road 357, close to the Colorado stateline. The exact location of this Security installation will not be disclosed.

The third installation is called TA-D3 and is located in the Leandro Canyon (close to the Project Gasbuggy site of 1967), about 22 miles southwest of Dulce. This installation is the furthest from the main complex, but is connected to the main facility by an underground tunnel system, stated Sanchez. “In fact, all three facilities are interconnected by subterranean tunnels. The most astounding information that was disclosed to me was that the main facility under the Mesa is also connected to Los Alamos National Laboratories in Los Alamos, New Mexico”.
(A distance of about 65 miles!!).
TA, as everyone knows, is Technical Area, as used in Los Alamos.

In this stunning broadcast, Anthony Sanchez confirmed the Colonel’s statement that there is no record whatsoever of a Thomas Edwin Castello that was ever employed as security personnel in Dulce.

Another statement made by the Colonel, Anthony Sanchez said, was that there have never been any “Reptilians” in Dulce.

One interesting thing that the Colonel mentioned to Sanchez was that the Colonel and his wife were present incognito at the 2009 Dulce Base Conference which was held in Dulce, New Mexico.
The conferece was held on Sunday, March 29, 2009 and drew about 130 people.

The Colonel confirmed to Sanchez that he and his wife were near a parking lot close to the Best Western Jicarilla Inn at 5:50 a.m. on the morning of the conference, sitting and drinking coffee when two military helicopters flew over the building. One stayed around longer, hovering over the building.
The other circled the area, then scanned some vehicles, including theirs, before leaving.
The Colonel confirmed that the helicopters were from DSD-3.
The Colonel also confirmed to Sanchez that there were two AFOSI investigators sitting there in the audience who he personally recognized.
In addition to them, there were several recogniable LANL scientists, he told Sanchez.

(The conference was held at Best Western Jicarilla Inn and was later forced to move to a community hall in a mini-mall located at a walking distance from the Hotel, because of a warning issed from the Dulce Fire Departmen for exceeding the maximum number of attendees allowed at the Hotel.)

What shocked the audience in this Jerry Pippin Show was the revelation that, yes, there was indeed an altercation in 1979 between the military and other “inhabitants” of the installation in Dulce.
This was the primary reason why the Colonel, a specialist in Military Psychological Post-Trauma Counseling, was sent to Dulce in 1979 as a member of a special team that dealt with post-traumatic syndrome experienced by military personnel.

The Colonel stated that were it not for the late Paul Bennewitz and Myrna Hansen, the Dulce story would never have surfaced.

Anthony Sanchez’ fasinating book, UFO Highway
http://www.ufohighway.com/
is scheduled to be released in December of 2010 and will include the complete, fully transcribed amazing 3-hour interview with the Colonel that took place in January of 2010.

One documentary evidence item to back up the claims of the Colonel was shown to some researchers by Anthony Sanchez at a press conference held on September 11, 2010 in Angel Fire, New Mexico.

I also was a witness to that documentary evidence.