UFODigest.com » Aliens and UFOs » Is a UFO Flap Underway in Argentina? 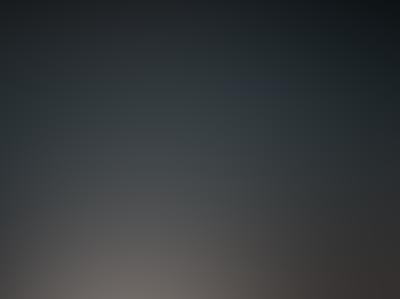 A massive UFO was seen over the coast of Necochea in the early morning hours of 27 January 2013, in the southeastern end of the Province of Buenos Aires, Argentina. Hundreds of witnesses saw a large white light over the sea, facing the coastline, surrounded by an “S” shaped cloud and with a red light toward its lower left side that appeared to sparkle at times. After several minutes and at sea level, it rose into the air, vanishing at high speed among the stars. The time was approximately 0230-0240 hours on 27 January. Among the witnesses were Alejandro Gimenez Franzoni, Matias Silvi, Matias Bugnar, Franco Cuervo – all of them in their 20s, and readily localizable in Necochea and the city of La Plata, as some of them were tourists.

Given the time at which this event occurred, and since it was a perfectly clear and starry night, the witnesses are deemed to rise into the hundreds, according to the testimony furnished by the people named above, since they could see many others along the coastline, and the beach itself, casting their gaze on the phenomenon. It made no noise whatsoever and was scarcely a few meters over the sea’s surface, ahead of the ships waiting for clearance to enter the Port of Quequén.

A few minutes elapsed before the object – enshrouded in a very bright cloud – drifted upward, losing itself in the enormous expanse of starry sky.

Albert Benitez is the protagonist of another phenomenon that occurred on 25 January 2013 at 23:30 hours, approximately, when he saw a large red fireball traveling at moderate speed from West to East over downtown Necochea. He adds that he could hear a squealing sound as it flew overhead, despite its distance. There may be other witnesses to this event. As we can see, UFOs keep spending their summers in Necochea.

Only a few days ago we published this case, which I myself witnessed.

At around 21:40 hours on 11 January 2013, a large number of onlookers saw a very bright red, strange object of considerable size and triangular in shape, flying south at a steady but by no means slow speed.

The object was seen by residents of Necochea and tourists alike, enjoying another very pleasant evening, since temperatures that day had been in excess of 36 centigrade.

Finally, the silent object lost itself in the southern sky among the stars. Its appearance was sudden in the airspace. I myself saw this along with other friends on the beach.

The Necochea UFO was seen at 02:30 and in Claromecó at 02:15 hours on 27 January. It was very likely also seen at Punta Alta. Was it the same one videotaped at Atucha (Buenos Aires) at 02:45? The case remains under investigation.

On January 29, 2013, Julio Gonzalez published the following report: On 01/27/13, minutes after two in the morning, a UFO was seen over the community, according to a tourist from Tandil. There were other cases on Friday and Saturday, as has emerged from eyewitness accounts.

An unidentified flying object was seen on Sunday in early morning hours from Claromecó and Dunamar (Necochea). This newspaper received a report submitted from a resident of Tandil, who provided exact information on the characteristics of the phenomenon. Sightings were also reported last Friday and Saturday.
The tourist told this newspaper that at around 02:15 on that day, “a strange object was seen in the sky over Claromecó-Dunamar, seen by at least 15 people. It was an intense light over the sea.”

He added that the UFO “gained altitude and began morphing into a sort of blue colored spiral (like a three-vaned fan) with an intense light at its core. It then began issuing smaller lights. When it was near our position, it appeared to be at high altitude and traveling at considerable speed. The spiral then vanished and the central light dimmed until it, too, disappeared.”

The tourist added: “We were with my nephews and some friends from Rosario at Dunamar, some 50 meters from the public bathrooms. There were more people at the beach. They saw it too.”

In his story, the tourist remarked: “This is the first time I have seen anything of this sort, although 12 years ago, when I drove a truck, I saw a pair of large lights in the sky that subsequently vanished.”

The summer visitor described his feelings after seeing the object in question: “I felt surprised. At one time we thought it was the moon, but we remembered that the full moon was right there behind us. Then the spiral shape became visible,” he said, adding: “I usually travel a few days during the summer to visit Claromecó, this time it was due to the weekend, and we got to see that interesting light.

“I took the photo I am submitting to your attention on Sunday at Claromecó, Province of Buenos Aires, 70 km from the city of Tres Arroyos. It caught my attention. The small spot fell rapidly while the large one remained static for a long time. Before that, I noticed a kind of glow in the sky, but thought it was a jet. They lost themselves in the fog over the sea. Could they be UFOs?” asked Sol Echarry on our website.

Meanwhile, a resident of Claromecó who preferred to remain anonymous, also noticed the presence of an unidentified flying object. It occurred at noon on Saturday, approximately at 11:30, when she saw “a white object suspended in midair” in the Tercer Salto y Medio area. We were alone with my husband and shortly thereafter it vanished. It ascended at breathtaking speed and was gone in less than a minute. It jumped upward and quickly vanished.”

Claudio Menendez, a journalist for Radio Comunidad Claromecó and a contributor to this newspaper, said in his “Dias Distintos” program that an object similar to the one seen by the tourist from Tandil had also been reported in 1991.

Finally, last Friday at around 20:00 hours and hear the mouth of the creek, an unidentified flying object was reported, shining in the sky for several minutes until it was no longer readily visible.