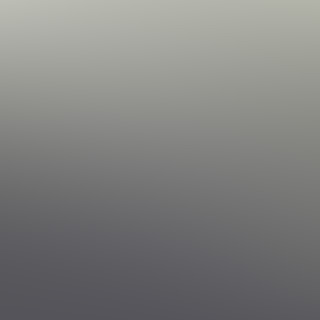 Discussed at the Museo OVNI in Victoria; interest was shown in the “strange being” seen by a listener of the “Oid Mortales” (Hear Ye Mortals) radio show from Concordia. It was said that similar incidents have also been recorded.

“It was a rather significant story for us, as we are a research team, the Vision OVNI team. The fact is that what you’ve mentioned is the classic Man in Black phenomenon. In 1998, we had a case identical to what Claudia (the caller) has mentioned, right in downtown Victoria,” remarked Silvia Perez, proprietor of the Museo OVNI de Victoria, during the “La Quinta Pata” radio broadcast. She said that the case drew their attention and that was their reason “for being interested in speaking with Claudia. There are some details that she perhaps didn’t mention and would be important to our investigation.”

“Lately there are many things going on in Entre Rios. I’m not a native of Entre Rios, but I’ve been living in Victoria for 22 years precisely due to this subject. It’s a special place for field research,” she stressed to Oíd Mortales, the radio broadcast belonging to El Entrerios.com

“The presence of these characters has been known since the subject of UFOs came about. The Men-in-Black are notorious by being very tall, very pallid, dressed in black and always holding a briefcase. These events have occurred worldwide. They are individuals that have no contact with human beings and truly stand out due to the manner in which they walk, above all else, and their attitude. They vanish as easily as they appear. When we see something like that, it’s impossible not to realize that they bear no relationship with us at all. While human-looking, they behave in an entirely different manner,” she remarked.

“There is nothing conclusive yet, but we do know that they are connected with extraterrestrial matters. These characters turn up whenever UFOs are present,” she highlighted.

In Claudia’s case, “they didn’t see how the vehicle disappeared. They say it was there, because they make use of holograms, showing things that don’t exist. It would be very complicated and lengthy to explain all of this. They make constant use of holography to distract people’s attention; it’s the method they employ for concealment.”

“Two spheres were seen ascending in parallel, vanishing in the sky. This is happening at various times, afternoon, morning and night. We were able to obtain two photos of this event from Cerro de La Matanza in Victoria some 3 or 4 weeks ago. From March onward, these sightings have become permanent in Entre Rios. This also reaches the entire area of Rosario, Pueblo Ester and even Zárate. It’s a region of considerable sightings at the moment,” she said.

“Our website is www.visionovni.com.ar. As soon as you’ve obtained a photo, please submit it to the page. Our phone numbers and all of the museum information can found there. All the work we’ve performed is there so you can see that there is some very responsible work being done, with analysis and everything that a person would need to believe in this,” she concluded.

Visit Scott’s website: The Journal of the Institute of Hispanic Ufology