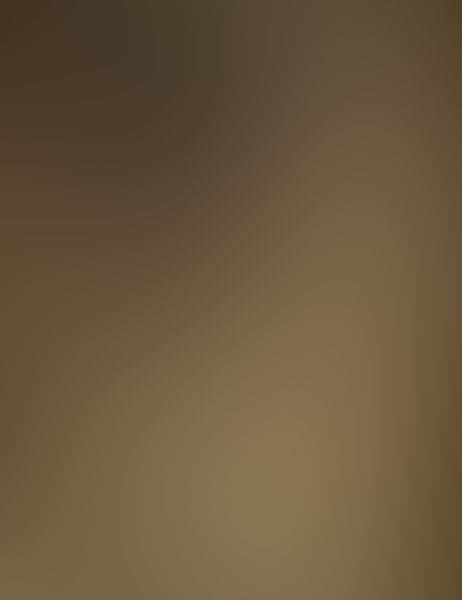 Why does the US government live out extreme pesticide devotion? There can be only one reason: a foreseeable insect invasion.

Monsanto is an American multinational agricultural biotechnology corporation based in Missouri. It is a leading producer of genetically engineered (GE) seed and of the herbicide glyphosate, which it markets under the “Roundup” brand.

The company’s first product was the artificial sweetener saccharin, which it sold to the Coca-Cola Company. By the 1940s Monsanto was a major producer of petroleum plastics, including polystyrene and synthetic fibers. The company also manufactured contentious products such as the insecticide DDT, PCBs, Agent Orange, and recombinant bovine somatotropin.

Monsanto began manufacturing DDT in 1944, along with a few other companies. The insecticide was used in the fight against malaria-transmitting mosquitoes. But due to DDT’s toxicity, its use in the United States was finally banned in 1972. Monsanto developed laundry detergent in 1946 and sold its soap idea to Lever Brothers in 1957.

In 1954 Monsanto partnered with German chemical giant Bayer to form Mobay and market polyurethanes in the United States. In the 1960s and 1970s, Monsanto was one of the leading producers of “Agent Orange,” a defoliant and herbicide for United States Armed Forces operations in Vietnam.

John Francis Queeny, a pharmacist, founded Monsanto in St. Louis in 1901. His father-in-law was Emmanuel Mendes de Monsanto, a wealthy financier of a sugar company in Puerto Rico linked to the Danish West Indies.

It was made public that the Bill & Melinda Gates Foundation, the philanthropic brainchild of Microsoft founder Bill Gates, purchased 500,000 shares in Monsanto in 2010 valued at more than $23 million.

According to the Natural News Network, the Gates Foundation is up to something other than eradicating disease and feeding the world’s poor: It turns out that the Gates family legacy has long been one of trying to dominate and control the world’s systems, including in the areas of technology, medicine, and now agriculture:

“Bill Gates’ father, William H. Gates Sr., has long been involved with the eugenics group Planned Parenthood, a rebranded organization birthed out of the American Eugenics Society. In a 2003 interview with PBS’ Bill Moyers, Bill Gates admitted that his father used to be the head of Planned Parenthood, which was founded on the concept that most human beings are just ‘reckless breeders’ and ‘human weeds’ in need of culling (http://www.pbs.org/now/transcript/transcript_gates.html).

“Gates also admitted during the interview that his family’s involvement in reproductive issues throughout the years has been extensive, referencing his own prior adherence to the beliefs of eugenicist Thomas Robert Malthus, who believed that populations of the world need to be controlled through reproductive restrictions. Though Gates claims he now holds a different view, it appears as though his foundation’s initiatives are just a modified Malthusian approach that much more discreetly reduces populations through vaccines and GMOs.” (naturalnews.com)

A report by Jeremy Scahill in The Nation (Blackwater’s Black Ops, 9/15/2010) revealed that the largest mercenary army in the world, Blackwater (now called Academi Services) clandestine intelligence military was sold to the multinational Monsanto. Blackwater was renamed Xe in 2009 after becoming ill famed in the world with numerous reports of abuses in Iraq, including massacres of civilians. It is now called Academi.

According to Scahill, business with multinationals, like Monsanto, Chevron, and financial giants such as Barclays and Deutsche Bank, are channeled through companies owned by Erik Prince, a former Navy SEAL and the originator of Blackwater. Academi remains the largest private contractor of the U.S. Department of State security services.

“Bill Gates may be one of the most destructive ‘do-gooders’ on the planet because he is rich enough to get what he wants and he has a high opinion of his own intelligence. It is hard enough fighting Big Pharma, Big Government and Big Medicine on vaccines, but when another opponent is one of the wealthiest and most influential philanthropists in the world, it is even harder.” (“Monsanto’s Unlikely New Business Partner — A Name You Know Well,” Mercola.com, March 05, 2011)

“No project is more interesting at the moment than a curious project in one of the world’s most remote spots, Svalbard. Bill Gates is investing millions in a seed bank on the Barents Sea near the Arctic Ocean, some 1,100 kilometers from the North Pole. Svalbard is a barren piece of rock claimed by Norway and ceded in 1925 by international treaty.

“On this God-forsaken island Bill Gates is investing tens of his millions along with the Rockefeller Foundation, Monsanto Corporation, Syngenta Foundation and the Government of Norway, among others, in what is called the ‘doomsday seed bank.’ Officially the project is named the Svalbard Global Seed Vault on the Norwegian island of Spitsbergen, part of the Svalbard island group.

“The seed bank is being built inside a mountain on Spitsbergen Island near the small village of Longyearbyen. It’s almost ready for ‘business’ according to their releases. The bank will have dual blast-proof doors with motion sensors, two airlocks, and walls of steel-reinforced concrete one meter thick. It will contain up to three million different varieties of seeds from the entire world, ‘so that crop diversity can be conserved for the future,’ according to the Norwegian government. Seeds will be specially wrapped to exclude moisture. There will be no full-time staff, but the vault’s relative inaccessibility will facilitate monitoring any possible human activity.” (F. William Engdahl, “Doomsday Seed Vault in the Arctic – Bill Gates, Rockefeller and the GMO giants know something we don’t,” Global Research, 2007)

United States President Barack Obama signed the “Monsanto Protection Act” into law in March 2013. Did we miss something here? What future did the seed bank’s sponsors foresee that could threaten crop diversity? Why did the US government grossly protect biotech corporations and admit pesticide immunity to the federal courts? There can only be one valid reason: Insect Apocalypse.

As the planet keeps getting hotter, insects will create a resilience crisis. As new studies demonstrate, “tree-attacking insects thrive in hotter places — which, soon enough, will be everywhere. If insects overwhelm trees in these areas, all the animals that depend on those trees will become vulnerable. This is how mass extinctions begin.”

The U.N. Food and Agriculture Organization has a massive 2013 report out arguing that we should all have more insects in our diet. However it admits that “consumer disgust” remains a large barrier in many Western countries:

“The report suggests that the food industry could help in ‘raising the status of insects’ by including them in new recipes and adding them to restaurant menus.” (“UN urges people to eat insects to fight world hunger,” BBC News, 2013)

It is recognized that some missionaries have condemned insect eating as a heathen custom and that a spiritual person might never want to taste such things. Some people even see a weird plot of mind-control parasites to lure victims to “drink bile” and get infected. It should be critically remembered that insects carried the Black Death and other plague epidemics. For that reason consult your physician before eating an insect.

Bill Gates set the tech world abuzz by emptying a jar of mosquitoes on his audience during a 2009 TED conference. The dramatic move was meant to highlight plans to combat malaria and other mosquito-borne illnesses with genetically modified mosquitoes designed to make them sterile and kill them off:

“Scientists fighting mosquito-borne diseases are racing to obtain approval to release genetically modified insects designed to stop the spread of dengue, a potentially fatal virus. However, such moves have made environmentalists nervous as a science long used in agriculture is applied to public health.” (“Bill Gates Funds Approval of GM Mosquitoes to Combat Dengue,” Activist Post, Nov 4, 2010)

A mysterious decimation of bee populations has beekeepers worried. As the extinction of wild bee species continues, Monsanto’s solution to the colony collapse disorder is to replace natural honeybees with Monsanto’s genetically modified bees that are resistant to all the pesticide producing food they make. But according to the Guardian newspaper and other mainstream media sources, open-minded protests are beginning to challenge the corporate vision of farming:

There is, after all, genuine concern at governmental and community level that the United State’s model of extensive hi-tech farming is inappropriate for most of Africa and should not be foist on the poorest farmers in the name of “feeding the world.”

“And there came out of the smoke locusts upon the earth: and unto them was given power, as the scorpions of the earth have power. And it was commanded them that they should not hurt the grass of the earth, neither any green thing, neither any tree; but only those men which have not the seal of God in their foreheads. And to them it was given that they should not kill them, but that they should be tormented five months: and their torment was as the torment of a scorpion, when he striketh a man. And in those days shall men seek death, and shall not find it; and shall desire to die, and death shall flee from them. And the shapes of the locusts were like unto horses prepared unto battle; and on their heads were as it were crowns like gold, and their faces were as the faces of men. And they had hair as the hair of women, and their teeth were as the teeth of lions. And they had breastplates, as it were breastplates of iron; and the sound of their wings was as the sound of chariots of many horses running to battle. And they had tails like unto scorpions, and there were stings in their tails: and their power was to hurt men five months.” (Revelation 9)

Why does the government essentially defend biotech corporations and impose a severe pesticide policy? Are they preparing for a coming insect invasion? Perhaps the rank of Monsanto suggests that government insiders expect huge swarms of newly hatched mutant DNA to begin marching across the land, increasing the surface biomass to damaging levels.