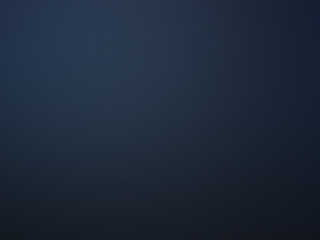 The concept of other creatures sharing our planet – creatures that do not fit into the accepted taxonomy – can be challenging under the best of circumstances. While it is true that great portions of the Earth remained unexplored, or poorly explored, these mysterious entities are not in the middle of the Guyana Highlands but manifesting themselves in our reality: in the farmland of Argentina and Chile, in rural North America, and even in the Pyrenean region between France and Spain. Sightings and encounters are so fleeting that they are best discounted as optical illusions or the product of active imaginations.

Perhaps the ancients had a better grasp of the situation. In polytheistic societies filled with deities and tutelary spirits, it was perhaps easier to find a place in the order of things for beings that deviated from the norm – hence the satyrs, dryads and nymphs and tritons of Greece and Rome. Yet even this freer order could be confronted by prodigies (“monstra”, from which the word “monster” originates) that challenged the wise. Some two thousand years ago, the Roman historian Pausanias had the opportunity to witness an unusual sight: the carcass of what was described as “a Triton” –one of the sea-god Neptune’s helpers–allegedly slain after having come ashore to kill the cattle of the inhabitants of the Greek city of Tanagra. Pausanias reported the creature had “hard, dense scales and stank.” Was the learned Pausanias describing a crocodile carcass, perhaps, or something that would even defy explanation today?

On August 31, 1967, the city of San Luis Potosí in the heart of Mexico’s minerals and metallurgy belt received the unwelcome attention of the national and international media due to a strange event which could have made a great X-Files episode thirty years later.

On the previous night, José Padrón, a construction site watchman on Mexico’s Route 57, which connects San Luis with the city of Querétaro to the south, was getting ready to go to sleep within the cramped interior of the tin shack serving as guardhouse for the construction area. At around 1:00 a.m., Padrón was awakened by the sound of something large stumbling around the motor pool. Fearing vandalism, the watchman shook himself awake and went to investigated.

Years of surprising hooligans and thieves in the middle of the night could have never prepared Padrón for the site that now confronted him: an enormous shape was heading in his direction, taking prodigious strides. The monstrous being had enormous wings which Padrón would later compare with those of a small airplane. The sound being produced was apparently made by the creature’s claws as it tried to take flight.

Verging on panic, Padrón ran back to the shack, cowering fearfully within the tin structure until daybreak when supervising engineer Enrique Rueda arrived on site. Rueda listened carefully to the badly shaken watchman and proceeded to measure the series of fresh footprints found near the watchman’s shack. The prints were found to measure little over one foot wide and with a depth of six inches. The engineer’s computations showed that whatever it was had made the impressions on the soil had weighed over six hundred pounds. Photos of the strange prints later appeared in the El Sol de San Luis newspaper.

Fortean researcher Godofredo de la Fuente would subsequently make plaster casts of the entity’s footprints, deducing the following details from his study: the creature traveled diagonally in a northeast-southeast trajectory, bordering a barbed wire fence at several hundred feet from the highway.

Unlike many one-off sightings of “winged weirdos”, the San Luis Potosí graced the construction site with its presence a second time: it returned the following night with a similar creature — possibly its mate — and both entities left a considerable number of footprints. The watchman, while understandably scared, observed their maneuvers carefully. He would later state the creatures appeared to be headed toward the San Miguelito mountains, adding a curious detail: the ground trembled as the creatures flew off. According to a subsequent newspaper article, the watchman “didn’t try to get close to them, since he lacked weapons with which to deal with a troublesome situation.”

The renewed visit caused the supervising engineer to increase the number of watchmen. Godofredo de la Fuente would later write in his journal “Next to the last of the twelve footprints we noticed a broken mesquite branch which appeared to have been forcefully snapped off due to the passage of the swift mystery creatures. Only something having considerable physical strength could have snapped off a solid, spiny branch of the mesquite tree. Our inspection of the area did not yield any samples of hair nor feathers.”

Fortunately, the story of the gryphon-like creatures did not rest solely on the testimony of the frightened night watchman. On September 1, 1967, a number of American tourists who had parked their campers at San Luis’ famous Cactus Inn (a de rigueur stop for all travelers plowing the Texas-Mexico City route) claimed to have seen strange creatures with tremendous wingspans flying overhead. The Cactus Inn was less than a quarter mile from the construction site.

A truly mind-bending case involving a monster (and which falls into the “paranormal Bigfoot” classification, to the distaste of many a ‘squatch enthusiast) took place in Puerto Rico in the early 1970s during the ’72-’73 wave. It was first mentioned by Salvador Freixedo on the Jorge Saldaña television program in Mexico City and subsequently appeared in his book Visionaries, Mystics and Contactees (Illuminet Press, 1992). He writes the following on page 58:

The case, which took place in Puerto Rico on the outskirts of the city of San Juan, was recounted to me by a person connected to the event. Unfortunately, I have been unable to talk to the witness herself, as the shock of the event caused her to be interned in a nursing home. She has refused to discuss the matter since.

This was a woman whose house was surrounded by a sturdy fence, making access to the house impossible without first ringing the bell. She also had several rather fierce dogs which had the run of the garden and surrounding vegetable patch, keeping strangers out.

One day, the woman, alerted by the frantic barking of the dogs, went to the garden and was surprised to see them barking at a rather large ape which had climbed up to the very top of a palm tree in the garden. The tree was a very tall one, so there was no way the dogs could get at the strange beast. The woman was aghast, first at the thought that the beast had gotten past the fence and the dogs, and then because it looked so menacing.

For a while, it glared at her from the top of the palm tree, seeming to shoot flames from its eyes. The animal gradually began to shrink and acquire a spherical shape, taking on a fiery glow. This went on until it became a shining round mass the size of a basketball. The woman, her heart pounding, watched as the ball began to rise slowly, vanishing into the sky.

Understandably, the woman, who was a little impressionable to start with, was prostrated with shock at what she had witnessed.

As in many cases, the reaction of the dogs precludes to a great extent the possibility that the woman simply experienced a hallucination. It is a fact, however, that a dog’s master can exert a great influence on its mind, but there is a limit to which this can occur.

Part Two of Scott’s article will published on Friday, August 25, 2012.