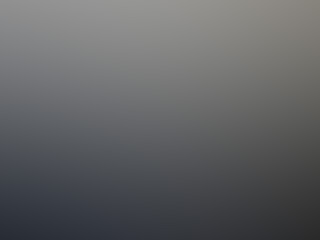 Lights streaking swiftly across the sky, strange flying objects that draw the attention of local residents at different times of day, remarks from other residents claiming abductions by intelligences from other worlds and even a little girl who states that small, big-eyed children come to get her to play with a person she identifies as Jesus – these are some of the enigmatic circumstances that can be found in the so-called “Western Corridor” of Greater Buenos Aires and, which according to one researcher, constitute a glimpse into a mysterious and undefined situation.

Fabián Torti, a member of the Grupo Tecnico de Asistencia Psicológica OVNI (GRU.TAP – Technical Group for Psychological UFO Assistance), a support team for UFO research that provides a psychological and sociological focus for the events reported, told MAS ALLA DEL MISTERIO that the succession of events recorded in a vast area of Western Greater Buenos Aires are a sign that “something is going on.”

Torti pointed out that he is in no position to specify exactly “what” is going on, but noted it was evident that “many strange situations are being recorded, and not only in the Western Corridor, particularly Castelar, Ituzaingó and Moreno, but I would even go as far as to include other points within the Province of Buenos Aires.”

From his perspective, the not yet fully explained explosion of 26 September 2011 in Montegrande, attributed to a pizza oven, “was really the hinge”, according to Torti, in a proliferation of manifestations to which we can find flesh and blood witnesses, who in some cases have not yet recovered from the initial impression.

GRU.TAP, he explains, assists with research conducted by other groups in the area, such as Nicala and Aurora, “but we study the person, not the object” meaning that what is placed under their magnifying glass are the eyewitness accounts of those who saw or experienced a strange situation.

While acknowledging that his original standpoint was an incredulous one, when these phenomena started becoming known, the various episodes recorded, the eyewitness accounts collected and even sightings that the researcher and members of his group have had, has led him to conclude: “these events evidently contain a logic that GRU.TAP, at least, has not been able to determine.”

However, studies on the testimony of eyewitnesses and direct experiencers of these manifestations enabled him to get in touch with a young mother who lives in the area, and whose identity he keeps confidential, who claims being an abductee. “When you speak to her, you realize she provides details that that cannot be invented,” says Torti, such as when she noted that the intelligences taking her “did not stand on the floor, but were suspended over the surface, and that she saw a human being with wires connected between his head and a monitor that displayed his thoughts.”

“There are things that cannot be made up, because common perception always bears a relationship to known events. When something different or unusual is contributed, that’s when the scenario acquires another characteristic.”

What the anonymous resident of the Western Region did say regarding her abduction – and she is known not to be the only person mentioning such an experiences – what her little five-year-old daughter has to say is no less significant. With childish innocence, she says that “small, big-eyed kids come to get her, and take her to play with Jesus,” in her own words.

Beyond these mysterious episodes contributed by the young mother and her daughter, members of GRU.TAP never imagined that while analyzing sightings from the psychological profile of the witnesses, they too would become subjects in their own research.

“One of our members photographed strange objects in the sky, and in my particular case, whenever I leave home early on a Saturday morning I see a round object in the sky. It’s a matter of standing around looking at the sky, and you’ll always see something.” adds the researcher. “I don’t know if it’s a UFO with Martians inside it, and I can’t tell you exactly what it is, but, there’s clearly something going on.”

Among the cases recorded, one of them took place last week when a resident of the Parque Aeronautico area in Ituzaingó witnessed the maneuvers of a strange object in the sky.

A group of youngsters barbecuing outside a house witnessed – around midnight – an intense luminous orb that irradiated shades of yellow and red. The father of one of these witnesses, Alberto Barrera, told MAS ALLA DEL MISTERIO that the mysterious object “broke down into little balls” shortly after flying over the area.

But to members of GRU.TAP, the events surrounding the mysterious Monte Grande explosion last year, and which was officially explained away as the explosion of gas tanks in a makeshift pizza parlor, contains the clue of a series of enigmatic events recorded both in the Western Corridor as well as various points of provincial Buenos Aires.

In this regard, Fabián Torti told MAS ALLA DEL MISTERIO that “the event was the sign that something was about to begin,” insisting that “the cover-up of the evidence left behind, and the scarce information provided about the event, only serve to multiply suspicions.”

The researcher recalls that the morning after the explosion, “one could see black Pathfinder-type SUVs, people speaking English and German, and teams working behind screens as they took away chunks of metal that were left behind after the explosion.”