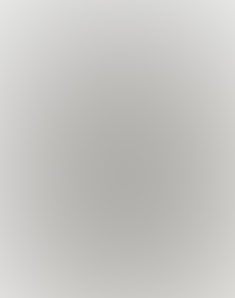 How did the famous 16th century French seer Nostradamus manage to predict Hitler, or 9/11, or the end of the world in December 2012, as many people believe? According to Peter Lemesurier, widely regarded as the English-speaking world’s leading Nostradamus expert, he didn’t.  All the media hype and the lurid TV ‘documentaries’ to that effect are so much hot air, often put out by Big Money just so as to make more.  In fact, the real question is not how he managed to predict them, but how he managed not to predict them. After all, if you’re writing at least 7280 prophecies, as Nostradamus did (most of them in his annual almanacs, which of course are specifically dated), you ought to be able to score more than a mere couple of dozen ‘hits’, which is all that he appears to have achieved.

How, then, did he write his famous book The Prophecies – which contains 942 of them divided into ten ‘Centuries’, or books of 100 verses (except for one of them, which only contains 42)? Nostradamus himself used to claim that he was divinely inspired, or that he summoned up angels, or that he used astrology, or even that he simply ‘slept on it’. Lemesurier suggests that these claims were just smokescreens, designed to protect him from enemies such as the Inquisition. In other words, they were precisely the methods that he didn’t use.

So what method did he use? Not scrying with a crystal ball or a bowl of water, it seems, despite all those gloomy movies about him. So it has to be the only other major one that he doesn’t mention.  And that is what is sometimes called the ‘Janus principle’, plus the ancient technique of ‘bibliomancy’. Janus was the Roman two-faced god of endings and beginnings after whom January is named, this being the month when we often look back at the old year and forward to the new. Nostradamus, similarly, believed that, by looking back at the past, he could tell what was going to happen in the future.  The idea was common at the time, and went back far into the past. History, as they say, tends to repeat itself – even though it usually doesn’t. Not exactly, anyway.

Thus, one day a ‘new Julius Caesar’ should theoretically be assassinated, Spain and Italy should be invaded by a ‘new Hannibal’, and Central Europe should be invaded from Turkey by a ‘new Suleiman the Magnificent’. And so Nostradamus predicted all these – repeatedly. While, theoretically, he could have dated these future events on the basis of astrological recurrence – i.e. by working out when the astrological patterns that coincided with each of the original events would be repeated – for the most part he didn’t, even though he claimed to have. As a result what we are left with, in effect, is a series of 942 ‘catch-alls’ – alleged ‘prophecies’ that can in fact be fitted (and frequently are) to a whole series of events, and especially recent ones that stick especially in the mind such as 9/11, especially if you twist either the words or the events to fit, or even make up your own (both of which actually happened at the time).

One particular verse in which Nostradamus did apparently use what Lemesurier calls ‘comparative horoscopy’, though, is the notorious 72nd verse of the tenth Century. In Lemesurier’s verse translation, this reads:

From thereabouts shall a great hosting King

Restore the King from Angoumois once more,

Notwithstanding the fact that  Angoumoisis a known area of western France, and not, as is often suggested, an anagram for Mongolois (a word which, given that it doesn’t exist in French, doesn’t mean ‘Mongol’ either!), commentators without number have insisted in the past that this is about an Asiatic invasion of Europe, possibly involving a nuclear attack on the USA (even though Nostradamus had never heard of the USA). In fact, though, it merely refers back to the year 1525, when Charles V, holy Roman Emperor and King of Spain, visited his captive, King François I of France, in his Madrid prison, as a result of which the latter ‘miraculously’ recovered from what appeared to be a mortal illness. Projecting the astrological situation at that time into the future, Nostradamus worked out from the published tables that Jupiter, Mars, Venus, Mercury and the moon would next be in the same signs in July 1999. And the rest (to use an entirely appropriate expression) is history.

Meanwhile, things were made ten times worse by the fact that line two started with the words Du ciel (here evidently not ‘from the sky’ but ‘from the region’, as Nostradamus sometimes used it elsewhere, too) and contained the word deffraieur (defrayer, provider), which a subsequent printer had been unwise enough to print as d’effrayeur (of terror).

‘A King of Terror coming from the sky in July 1999’, then – it was a gift to the media and the writers of lurid literary fiction, even though the whole idea merely served to bamboozle the public. Of such, alas, are misunderstandings made – though it has to be said that Nostradamus was something of an adept at taking full advantage of the fact!  But then so are the media and the writers of literary fiction, who are still peddling the idea for all they are worth, largely by dint of fiddling the date.

As for bibliomancy, this is the technique of selecting a book (in this case usually a history book) at random, letting it fall open at any old page, and then taking the first words that jump up at you off the page as your guide. Nostradamus might as well have used a pin. The result was chaos, of course. People have been trying to make sense of his prophecies ever since – and usually coming up with nonsense.

We are often told that Nostradamus was a doctor, an astrologer and a prophet. Yet Lemesurier claims to have convincing evidence that he was none of those things – which might explain why the seer himself never claimed to be any of them.  He was kicked out of medical college, he was totally incompetent at astrology, and he himself admitted on several occasions that he wasn’t a prophet at all. This might explain why most of the 6338 prophecies in his annual almanacs turned out to be wrong. Not that this mattered too much. After all, what do you do when this year’s almanac turns out to be wrong? You still buy next year’s, just in case…

So it turns out that this non-prophet was really just a bibliomancer, throwing ancient history at us at random.  If it is even possible to identify the original books and other sources that he was filching his ideas from – which Lemesurier and his colleagues have duly done. And Nostradamus didn’t predict that, either.

If you would like more information or to purchase this book through Amazon.Com simply click on the book’s title: Nostradamus, Bibliomancer: The Man, The Myth, The Truth

Most recent posts by Peter Lemesurier

All posts by Peter Lemesurier