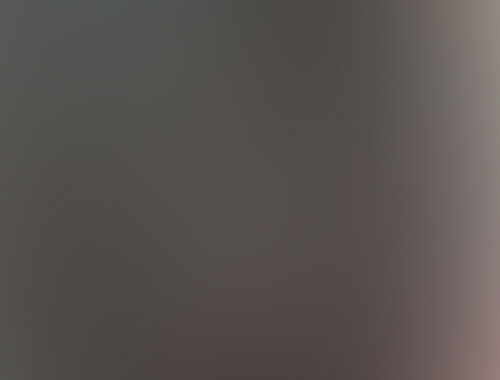 In apparently separate, unrelated developments at least two “experts”, with opposing views on UFOs, are missing and presumed to have been abducted by aliens.

James McGaha (pronounced McGayHay), an astronomer from the Grasslands Observatory in Southeastern Arizona, was recently quoted as saying, “You know the whole UFO phenomenon is nothing but myth, magic and superstition, wrapped up in this idea that somehow aliens are coming here either to save us or destroy us.” While not entirely incorrect, McGaha also stated that evidence in one UFO-related case was actually due to spider webs, which in fact can be the cause of such sightings, according to information from Billy Meier.

Several recent attempts to reach McGaha, who’s also an avowed skeptic, and get his expert opinion on the latest expert analysis that authenticates the evidence in the Billy Meier case went unanswered. I concluded that alien abduction was the most likely reason, especially since McGaha is an avowed skeptic and certainly any opportunity to debunk the Meier case would have to be irresistible. I mean how likely is it that someone with such strong convictions would suddenly have run away from the truth and gone in…hiding?

Previously readily available and outspoken about all this UFO nonsense, it’s doubtful that anything other than being abducted could possibly prevent McGaha from duplicating the protocols in the new photo analysis and also debunking the WCUFO photo that anyone can prove is authentic. Since he would get the same amazing results that everyone else has gotten, McGaha would have to debunk…himself. But that should be no problem for a credible scientist, although defining himself as a skeptic already contradicts his being purely scientific.

The other possibility is that McGaha – like virtually all of the other notable skeptics – recognized the unassailable authenticity of the Meier evidence and chose to not respond at all, thereby giving the famous “No answer is also an answer”…answer.

Also now apparently missing is John Weiskopf, a film producer and professor who created a university program pertaining to extraterrestrial life. To his credit Weiskopf appears to have cracked through the bureaucratic wall in getting this topic into American University. So it was with great enthusiasm that information on the Meier case was sent to him, which included the offer of a live, in-class presentation and/or screening of “And Did They Listen?”.

Initial attempts to reach him – and CNN’s Miles O’Brien who’s somehow also involved in the project – were fruitless. However, a fourth email attempt was replied to by Weiskopf who said that, “I am in the hospital. When I am able, I will give your email the attention it deserves.” Having expressed that I would patiently await his response, I didn’t try to contact him again until almost two weeks later. However, no response has been forthcoming. Perhaps he suffers from Attention Deficit Disorder?

I am naturally concerned that, barring any possible health related complications, it appears that Weiskopf may have met the same fate as McGaha.

It has occurred to me that these abductions are part of a pattern that I’m only now detecting. For instance, I originally contacted another self-proclaimed expert on extraterrestrial life, Prof. Paul Davies of ASU. Davies is the author of several books on the topic and, obviously, fancies himself to be some kind of an…expert. However, when I submitted information to him on the Meier case, he responded that his “interests and expertise do not extend into this area.”  When I informed him that mine did, apparently the extraterrestrials that he writes about removed him from the line of fire. After all, how embarrassing it would be to publicly admit his actual lack of interest and expertise.

After Davies, I reached out to Prof. Lawrence Krause, also at ASU, the same university that…banned a showing of my film.  Krause, who also sees himself as some kind of an expert in these matters was conspicuous by his lack of response.  Come to think of it I tried to contact Michio Kaku, who also didn’t deign to respond. Obviously he too was either busy trying to be famous, or had been whisked away by those bald-headed, big-eyed aliens.

While many people would be tempted to call McGaha, Weiskopf, Davies, Krause and Kaku cowards, wimps, poseurs and celebrity seekers, who are more interested in maintaining their own status than attaining the truth, maybe all these geniuses really have made secret pacts with those hard working aliens at Area 51 and chosen the get-me-outta-here option. Certainly it’s less embarrassing than publicly admitting that – because of their own stubborn, egotistical denial and defiance – they’ve chosen to be among the last to know the truth.

Too Little, Too Late But…

The WCUFO in Times Square