ALGECIRAS – It is no secret that the Bay of Algeciras, the Strait of Gibraltar or the Campo de Gibraltar have always been sites for UFO activity. However, the debate has been reactivated in recent days on social media due to the sighting of strange balls of intense orange hue, seen by residents of Algeciras. The objects moved slowly across the sky.
Witnesses claim that the spheres moved very slowly and gave off an intense color that was clearly visible despite the lack of stars in the night sky. Photographer Cesar Comino was able to record one of these strange spheres, and other witnesses state they have seen three similar lights in the vicinity of Secano, where some vehicles even pulled over to witness the phenomenon.

On Three Kings Day (January 6) similar spheres were allegedly seen in the German city of Bremen and recorded by an amateur cameraman – images also circulating on You Tube.

In October 2013, residents of a development in Almeria also witnessed orange-colored orbs coming close to the ground, stopping momentarily, and then heading out to sea. The spectators defined them as lights of intense orange color that moved slowly to the east. 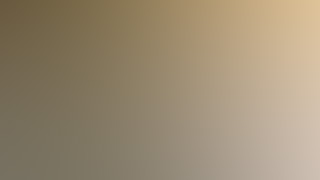 According to the La Voz de Almeria newspaper, while this is the first time sightings of this kind have occurred in Almeria, it is not an unknown phenomenon, as it has repeated over the past three or four years in various parts of the world. There are eyewitness accounts describing these strange orange orbs in cities in the United States, Canada, Mexico, Peru, the United Kingdom and France.
Sightings of unidentified objects with similar characteristics have also been recorded over Spain in recent months, in the area of Cataluña or the Comunidad de Valencia. Witnesses, some of whom have photographed these orbs, stress the characteristics reported elsewhere in the world.
A hot zone. This how writer and researcher J.J. Benitez described the Algeciras region regarding UFOs during an interview by Dominguez Saucedo for the El Faro newspaper in 2007. Among his statements, J.J. Benitez noted: “For some reason, we don’t know why, this is a hot zone. Throughout the Algeciras area and the coast there are cases of UFO landings, encounters with occupants, abductions…all levels of society have been involved in sightings of these objects.”
Benitez even discussed some of the cases that drew his attention. “It’s very hard to choose, but I remember a case that took place at the entrance to Algeciras, near Pelayo. It was there, some 20-odd years ago, a craft descended in full daylight. A local resident was on his way to Cadiz in a station wagon and noticed the vehicle on the left of the national highway, on tilted terrain. Curiosity got the better of him; he pulled over, crossed the road, and approached a low wall that’s still there, crouched behind it and spied on the object – a typical one, with a dome, legs and bulls eye windows from which human-looking characters in uniforms stared back at him. He tried to light a cigarette and his lighter wouldn’t work. The man remained there for a few minutes and finally left. He described how the craft had some letter-like symbols on it.”
[Benitez] also spoke of a case in El Cobre. “This is among the first cases I researched in the area. It involved a pilot who’d gone hunting, and one night, saw a glaring light. He approached it and saw an object almost in contact with the ground. It was large, oval-shaped, and the man did not discuss the event for a long time. He finally told me about it for a number of reasons, and I understand this to have been a real experience. In the same area, further south, toward Getares, there was a doctor riding his motorcycle in broad daylight when he saw a very strange creature cross the road in front of him. He identified it first as an ape, but physician that he was, he realized it was no ape. The creature vanished into the brush. The doctor got off his bike, and over on one side, on a cliff, was a vehicle he managed to photograph. This is another eyewitness account I consider to be among the most interesting.”