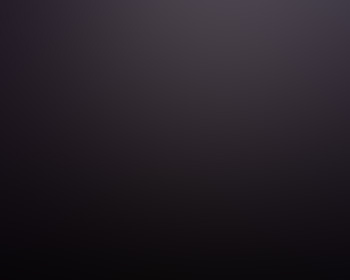 My Technorati editor, Bradford Schmidt, asked me if I was going to watch the Area 51 episode of Penn & Teller: Bullshit!, sort of implying that I should watch it, UFOs being my area of expertise and all. So I did.

And now I’m writing about it.

First of all, a confession: Before watching this week’s broadcast, I’d never seen a Penn & Teller act in its entirety. I’d caught snippets here and there over the years, but never paid much attention to them.

I did, however, watch Bullshit/Area 51 from stem to stern, and I did pay close attention, and my main impression was that Penn Jillette … can I say this? … just isn’t very funny. I mean, no funnier than the fat guy at the end of the bar who drinks too much and laughs like a foghorn, the one whose wife, as he puts it, is “a f**cking bitch.”

Bullshit’s UFO exposé focused on Area 51, a military testing facility in the Nevada desert made infamous by decades of speculation that it’s a place where captured alien technology is hidden.

Unfortunately, Area 51 has received so much attention from the fringe, and the fringe has received so much attention from the press, that the signal to noise ratio there has gone completely to hell, ufologically speaking. The serious UFO researchers who do involve themselves with Area 51 as a field of study or speculation are either very brave or very foolish. My money is on the latter.

So when you combine this particular topic, in all its gaudy tabloid splendor, with three self-described “UFO hunters” (which is never a good sign), what you get is … well, you get Penn & Teller: Bullshit! Area 51.

As I predicted in my preview article about the episode, it was a no-guts hatchet job. Bombastic voice-overs, goofy camera angles, f-bombs falling like rain. (Fans of P&T will no doubt ask, “Your point being?”)

A friend who read the preview article tells me that I need to chill, and, reading back over it, I’ll admit that I do come across like a bit of a self-righteous dweeb. Which I basically am, so whatever.

My friend also reminded me that Penn & Teller do what they do for laughs. They’re comedians. Why shouldn’t they take the path of least resistance? Low road, high road, what difference does it make? Comedy is slipping on a banana peel, not picking it up and taking it home to the compost jar in your kitchen.

And maybe that is the point after all … Bullshit isn’t news or commentary. It isn’t research or analysis or even satire. It’s comedy. Not the brand of comedy I prefer, but obviously somebody’s preference, otherwise it wouldn’t be on Showtime.

And I do need to chill, it’s true. Because nobody takes Penn & Teller seriously, anyway.

Most recent posts by Tim Brosnan

All posts by Tim Brosnan