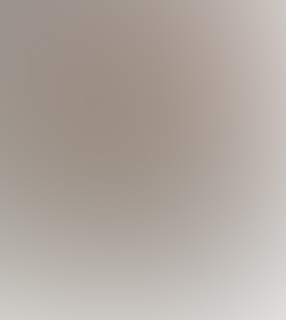 If you missed Part I of this article click here. https://www.ufodigest.com/article/ufo-teleportation-0201

“Light flooded the passenger compartment and I couldn’t see beyond the hood of the car. It was a dense, brilliant light, yellow in color with some violet hues. I thought I’d lost control of the car at the moment. I looked through the window and saw were nearly two meters over the asphalt surface. I suddenly thought we had jumped over a speed bump and braced myself on the steering wheel, waiting for the moment we’d hit the surface again,” Acevedo explained.

However, far from descending, the car seemed to keep rising into the air, out of control. “After a few seconds, I don’t know, maybe some 5 or 10, I reacted and realized that something completely abnormal was going on. I wanted to look out the window again, but all I could see was that dense light. I remember I started screaming ‘what’s going on?’ but Moya wasn’t answering. When I looked to my right, my companion wasn’t there, or at least I couldn’t see him. I couldn’t even see the dashboard. I could only see that dense light that looked liquid, I don’t know, sort of viscous,” Acevedo recalls.

Miguel Angel Moya, on the other hand, was paralyzed by fear, and explained: “Initially I also thought it was a speed bump, and was scared at the thought of the vehicle overturning, but when I noticed that the car appeared to float in the air and wasn’t coming down, I became even more frightened. It was a situation I couldn’t really understand. I looked at Carlos and I saw him completely stiff, clutching the steering wheel with his arms outstretched and staring forward. It seemed like he was screaming but I couldn’t hear anything. I could see everything as if through a yellow fog, as if I was distant, somewhere else. I think my first reaction was to try and flee from there, but when I tried to open the door it wouldn’t budge, as if welded shut. I noticed the temperature was rising, although it could have been the result of my state of fear. Suddenly the light covered everything and I couldn’t see a thing, not even my hands, nothing.”

The witnesses lost all notion of time. They felt a sudden jolt and noticed the vehicle was on the road again.

“I think a minute or two went by, I’m not really sure, and I felt a shudder, but I had the immediate impression that the car was on the road again. The yellow light appeared to dim, and I was gradually able to see my surroundings, the dashboard, the hood of the car. I looked through the window and saw the ground. We were on the shoulder on the opposite lane of the road, fully stopped. Suddenly the light vanished from the passenger compartment and saw it fading away into the west, like a cone of yellow light, but one that didn’t end in a tip, it was somewhat truncated. I don’t know. It might have measured some five meters at the base and two or three at the cusp, measuring some six or seven meters in height. The base lit the ground, ahtough you really couldn’t see what it was lighting, that is to say, you couldn’t see through the light. A few seconds later, the light…how can I explain it? …retracted itself or drew up like a curtain, from bottom to top, and all that remained in view was an oval, whitish-yellow light that kept heading west until it vanished in the distance,” said Acevedo.

Moya took a few seconds to recover from the impression produced by the abnormal situation. “Suddenly it was all over, and we were alone on the road. Carlos and I exchanged looks, but couldn’t say a word. I was numb. My hands were shaking and there was a pressure on my chest. Breathing was hard.”

Acevedo and Moya remained silent for a few minutes, unable to engage in any action or activity. Finally, Acevedo got out of the car to “make sure everything was in place”, as he said. A minute later he boarded the Citroen and headed north along Route 3 at full speed.

Fifteen minutes later, the Chilean drivers of Citroen No. 2 reached the town of Pedro Luro, a community located in the Province of Buenos Aires some 123 kilometers north of Carmen de Patagones. They stopped at a service station in order to ask for the location of the police barracks. When checking the dashboard, they ascertained two anomalous events: the odometer showed that they had covered 52 kilometers from the city of Viedma to Puerto Luro, when the actual distance between both places is 127 kilometers. Moreover, they had reached Pedro Luro at 05:10 hours, having departed the city limits of Carmen de Patagones at 02:50 approximately. Driving at an average speed of 100 kilometers an hour, it shouldn’t have taken more than 75 minutes to cover the distance between both points, but they had in fact taken 2 hours and 20 minutes.

There was a third inexplicable event: when they decided to fill up the main gas tank, they noticed their backup tank was completely empty, despite having been filled with 40 liters of fuel in the city fo Viedma. These unexplained events added to the witnesses’ confusion. In spite of their growing fear, they decided to tell their story to the police at Pedro Luro, heading to the respective barracks.

They spoke with Inspector Daniel Osimi, to whom they told the details of the incident they had experienced, asking for police custody to the city of Bahia Blanca.

The press covered the story, including magazines like Cuarta Dimension, whose Number 58 tells the story, comparing it to an event of similar characteristics in Brazil.

[Readers of Inexplicata will remember an article on the 1978 Rally involving two Ecuadoran drivers who discussed Acevedo and Moya’s own experience: http://inexplicata.blogspot.com/2010/03/ecuador-ufos-at-1978-rally.html]