UFODigest.com » Aliens and UFOs » Alien Abduction » POLICEMAN GIVEN MANDATORY RETIREMENT AT A CLOSE ENCOUNTER OF THE THIRD KIND! – PART II 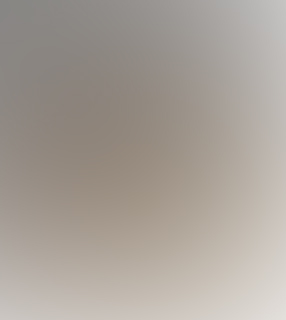 Young Pucheta was found on a rural road parallel to Provincial Route 1 by a farmer returning from the city of General Pico in an area identified by police as “The Triangle”. When we arrived at the site, the farmer was in the middle of the road, away from Pucheta, who rested in a fetal position on the western side of the road, in the direction of Quemú Quemú.

IF you missed Part I of this article click here: https://www.ufodigest.com/article/ce3-0517

First contact was initiated by Commissioner Ayala, who attempted initial communication without an answer. I approached Pucheta from the right, I knelt to be at his same elevation and noticed that he did not change position and kept his extremities in a visibly rigid position, surely the result of considerable emotional shock.
I tried speaking to him to make him react. I told him that the chief of Regional II was beside him and the person speaking to him was there to help. Subsequently, I asked him to relax by means of a simple breathing exercise, urging him to inhale through his nose and exhale through his mouth. Gradually, Pucheta began to loosen up and I was able to examine his hands without finding any abnormalities. The same occurred with his head, although I couldn’t see his face. He said his eyes burned, keeping his face concealed.
When he stretched his lower extremities, he haltingly began to say: “they followed me all night”. When asked “by who?” he replied: “It was two of them…they had red eyes…”. When asked about his pursuers’ appearance, he said: “They looked transparent…and had red eyes…their eyes made my head hurt…they told me what they wanted me to do…they made me make a phone call…they told me they would come for me tonight…”
Asked about his sidearm, he said: “I don’t know”, a sentence he repeated when asked about his radio and cellphone. “…they followed me all night…” he repeated.
Having relaxed his body considerably, I asked him to stand up, and assisted by Commissioner Ayala, he stood up and began weeping next to his superior. I urged him to do so, in order to relieve his anguish. He concealed his face at all times. He asked to sit down and managed to do so with our assistance. He always kept his face covered with his forearms. Ayala asked him to lift his head, and he did so halfway, but without opening his eyes.
He insisted: “They had red eyes” and that “…they would come for him at night…” His condition was that of a person who had undergone a powerful emotional shock.
He further added that his fingers were burning, but no visible abnormalities were evident. He then said that his feet were burning, and was helped to remove his hiking boots and socks. The soles of his feet presented signs of having walked extensively, with blisters due to perspiration.
A doctor arrived by ambulance, telling him help was on the way, but firmly deciding to convey him directly to Centeno Hospital in General Pico.
We helped him get on the stretcher. He stood up, and covering his face at all times with his forearms, placed himself face down on the stretcher.
His arrival at the hospital prompted readiness in the emergency room. Three nurses assisted him in removing his clothing and Dr. Covella began a surface examination that yielded no abnormalities. I asked whether a sedative was in order, to which the doctor said no, since Pucheta said he was tired and wanted to sleep, leaving unanswered certain questions posed by the physician.
Dr. Covella confirmed that a full workup would be performed (blood and urine) and that he would remain under observation for at least 24 hours. It was ascertained that he had no physical injuries. Pucheta never returned to work again.
The Red Eyes
We are faced with a typology which, while not unknown, has a certain measure of aggressiveness given the aftereffects to the witness. Since the last years of the 1990s, cases had been recorded in the province with the same description: Red eyes. There were several cases in which eyewitnesses claimed seeing something for which “their red eyes” was all that could be described. Some compared them “as if they were two burning coals.”
SOURCE: Planeta UFO and Realidad OVNI
[Translation © 2014, S. Corrales, IHU with thanks to Guillermo Giménez, Quique Mario, Julio Gonzalez, www.diariotextual.com and www.misteriosenlaweb.blogspot.com.ar]