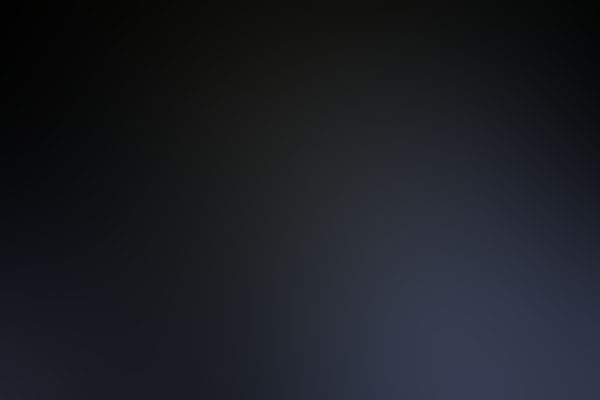 Argentina: To the south of La Plata, these devices pursue cars or appear out of thin air in the midst of the river, shoulders or cattle troughs to startle drivers and fishermen alike.

A wide area bordered by the Bay of Sanborombón and Route 2 to the south of La Plata have turned into a pole of attraction for the same UFO phenomenon that researchers have associated with the “activity of remotely guided luminous probes” – a miracle of nanotechnology – and which have allegedly caused accidents on roads and highways in the area in question.
In fact, reports and records kept by the Fundación Argentina de Ovnilogía (FAO) disclose a rich case history provided by direct witnesses to the encounters produced by these luminous devices which are apparently “research devices pursuing cars, or appear out of thin air in the midst of the river, shoulders or cattle troughs to startle drivers and fishermen alike.”
Luis Burgos, director of FAO, considers that the sphere of influence of these probes is potentially rich in sightings, landing traces and even humanoid encounters. It is for this reason he dubs this broad geographic extension as a vast UFO nest, and particularly, in this case, for probes.
Burgos told Más Allá del Misterio: “Out of 1500 cases attributable to UFOs, recorded in the entire country, a third – that is to say, 500 – occurred in this great expanse.”
“This unquestionably shows us that we are faced with the great Argentinean saucer nest,” maintains the researcher. The proliferation of these probes, ranging in size from that of a tennis ball to a spare tire, has acquired disquieting aspects: they have caused several accidents on highways, superhighways and roads crisscrossing this surface.
According to the ufologist, a member of RADIO (Red Argentina de Investigaciones Ovni): “Many reports have taken place in recent years. We consider these probes to be remotely-guided objects engaged in exploratory activity and which, for reasons unknown, pursue vehicles driving along the roads.” In certain cases they engage in mysterious maneuvers that place drivers in jeopardy.
The FAO, stressed Burgos, has in its possession one of the most striking recent cases, involving a driver ferrying passengers from Mar de Ajó in his microbus, who suddenly found himself escorted by a small, fluorescent green sphere.
The case involving Horacio Riquelme, the driver in question, is among the most attractive due to the situation occurring on Route 11 in the vicinity of Pipinas, an hour before midnight,” notes Burgos.
On this occasion, the luminous sphere appeared first on the sides of the microbus, flying alongside it for a few minutes. It then gained speed, passing the vehicle to stop in mid-air in the center of the highway, about a thousand meters ahead. At this point, as one can imagine, Riquelme and his passengers became aware that they faced a phenomenon that was hard to explain.
After being suspended for a brief period of time, the probe flew in a direction opposite to that of the microbus, and when it appeared about ready to crash into the vehicle, flew over it and vanished at a startling speed that was hard to estimate.
“The remarks made by the driver and the passengers involved the possibility of having faced something they associated with a laser beam, or even one of the classic green-colored road signs that suddenly acquired incredible mobility,” the FAO director pointed out.
High-Risk Area
While the microbus event had no further outcome than the shock felt by the witnesses to the event, and which startles them to this day, Burgos notes the existence of other cases involving motorists who wound up on the shoulder, or with their car at an angle on the road, after becoming the focus of these probes, which are now very dangerous in the light of these circumstances.
The first of such accidents took place in 1983, when a businessman from La Plata, now deceased, was chased some 80 km along Route 11 by what the driver defined as a “a yellow soccer ball” that emerged from the roadside as if by magic.
“The problem with this story is that after 80 hours of stressful driving on account of this strange presence, the businessman returning from Villa Gesell lost control of the car, which wound up on the curb,” stated Burgos.
Regarding the question of what is behind these probes, Burgos replied: “Everything suggests a remotely guided UFO with limited flight endurance, which would explain its appearance and disappearance in a matter of minutes. But who or what controls them is still part of a deep mystery.”
From La Mala Luz to Foo Fighters
Among the analyses conducted by FAO on manifestations of the UFO probe phenomenon is that many of these events were retold by rural residents within the concept of what is known as “la luz mala” (the evil light).
Luis Burgos put forth an event that occurred last January, far from the “great Argentinean UFO nest” area, in Añatuya, Santiago del Estero, where two young people traveling on a motorcycle on a lonely road claim being shocked by a powerful and strange light that caused them to fall out of their two-wheeled vehicle.
In historical terms, Burgos also made reference to “foo fighters”, which followed the air missions of Allied and Nazi pilots during World War II.
The Monte Grande Enigma is Among Them
Luis Burgos is convinced that the 26 September 2011 explosion in the locality of Monte Grande, which killed one woman, destroyed three homes and was attributed by authorities to the explosion of “a domestic pizza hoven”, was in fact nothing more than an accident or self-caused destruction of one of these probes. “To us, what really occurred is not the official version, or the likelihood of a missile or meteorite. We believe that it was a probe that malfunctioned, struck a lamp post, and self-destructed.”
(Translation © 2013, S. Corrales, IHU. Special thanks to Guillermo Giménez, Planeta UFO)
Source: Diario Popular
http://www.diariopopular.com.ar/notas/155823-impresionante-avistaje-ovni-san-clemente
Visit Scott’s website: Inexplicata-The Journal of Hispanic Ufology