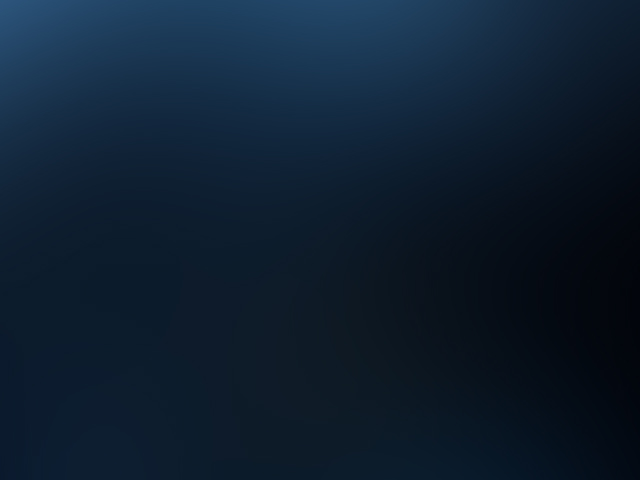 On 20 October 1954, Louis Ujvari, 40, a native of Slovakia, got on his bicycle and pedaled away from home. After 10 years in the French Foreign Legion, he had lived in France with his wife and five children for 3 years, specifically in the town of Le Bas in a small, isolated farm near the picturesque road from Saint-Remy to the Fraispertuis Valley.

His work shift began at three o’clock in the morning at the Derey works, a construction materials firm, in the town of Etival, so he set off around 02:30. After a few hundred meters, he was forced to dismount and continue the remainder of the way on foot, since the road was under repair, making it unsuitable for his vehicle.

As he pushed his bicycle along, he saw the shape of a man. A phrase he couldn’t understand prompted him to freeze in his tracks. The stranger advanced toward him with a gun in his hand, threatening him with the weapon all the time in a language that Ujvari couldn’t understand. The man stood at least 1.65 meters, dressed like a pilot of that time: cloth trousers, collared leather jacket, a sort of cloth balaclava. His boots made an audible noise on the fractured pavement.

His time in the military had given the old Legionnaire the rudiments of several languages, and what the man had told him didn’t sound like any of them. So he decided to address him in Russian, and the man suddenly understood.

“Where am I?” asked the stranger, “In Italy or Spain?”

Ujvari was not afraid, despite the weapon, and explained that he was the Vosges, in the district of Saind-Dié. “Am I far from the German border?” asked the pilot. About a 100 miles from the Rhineland, came the reply.

The stranger appeared to be completely disoriented, even asking about the time. Two thirty in the morning, replied Ujvari. The obfuscated man changed the pistol to his other hand in order to pull out a pocket watch. He then shouted angrily: “You lie! It’s four o’clock!”

The next question showed that the pilot was more than lost. “How far away is Marsillia?” 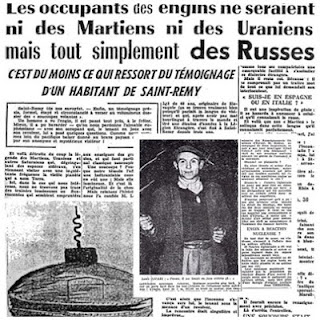 “Go away!” the stranger spat. He accompanied Ujvari for some 30 meters, pointing the sidearm at him throughout. That’s when the old Legionnaire saw the “flying saucer”. Earlier, he had seen an outline that made him think of a car or truck. For a brief moment, he was able to make out the object’s shape – 1.60 meters tall by 3 in diameter, dark grey in color. It looked like two enormous welded plates supporting a dome, crowned by an antenna with corkscrew-shaped fins. He felt the gun’s barrel against his back, prompting him to keep moving. Then he heard: “And now, farewell!”

The stranger took off quickly. Ujvari got on his bicycle, escaping toward a farmhouse some 200 meters away. Before being able to warn anyone, he saw a beam projected upward into the sky, the sound of an engine, and saw the saucer rise vertically like a helicopter. Some 10 meters above the ground, the machine accelerated, heading toward Saint-Dié. The pilot turned off the beacon, and the object became lost in the darkness. Ujvari retraced his steps and was unable to find any footprints on the ground.

He told his co-workers the story upon reaching the factory. They thought it was a prank or hallucination, but given the former Legionnaire’s insistence, the story reached the ears of the mayor of Saint-Rémy. The gendarmes of Raon-l’Etape were notified, but their investigation added little. The General Information Brigade (Reseignements généraux) – the secret service – also intervened, subjecting Ujvari to questioning.

Amid the French flying saucer craze of the time, the Le Matin newspaper published the story on 22 October. It was picked up by other newspapers and included in books on flying saucers over time. Apparently, the idea of using “flying saucer” and “Martian” came from Jean Thernier, the news item’s author, since at no time did Louis Ujvari every say anything along those lines. The drawing included in the article was not the exact image of the object described. The fins were removed, with their corkscrew-shapes, replaced by a single spiral antenna. Ujvari’s exact description was ““une sorte d’antenne se terminant par des ailettes en forme de tire-bouchon.”

When I read this case many years ago, I didn’t understand that the former Legionnaire was describing what he saw exactly, even if the sighting lasted only a few seconds. Having an extraterrestrial blindfold over your eyes keeps you from seeing things clearly. A few days ago, I re-read this story by chance, and winked at the boy that I was, willing to believe anything.

Ujvari spoke of a fuselage, a cabin, fins and a rotor, that is to say, a helicopter seen head-on, in my opinion. When he said “corkscrew-shaped”, he didn’t mean a spiral, but specifically shaped like a corkscrew. Few people in 1954 had seen a helicopter in the dark, up close, and more importantly, with a pistol to their backs. I don’t know if the vanes were referred to as fins in France, or if the term “ailette” was used by Ujvari for lack of a better word.

The story most likely involves a pilot, possibly from East Germany, who became lost with his helicopter. The rest was the handiwork of journalists, swept along by the saucer craze, a draftsman who distorted the description and the fantasies of fans who wanted to believe their hearts’ desires (I was foremost among them, at the time)