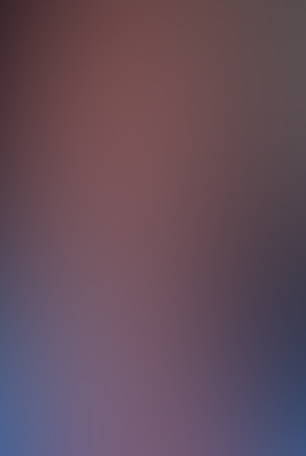 In 2004, eight neuroscientists felt it was too soon for a definition of consciousness. They wrote an apology in “Human Brain Function”(1): “We have no idea how consciousness emerges from the physical activity of the brain and we do not know whether consciousness can emerge from non-biological systems, such as computers.” The situation has not changed much since then, but there are many new hypotheses trying to explain the wetware´s (brain´s) connections and the emergence of consciousness on humans.

Human consciousness is defined by Christof Koch, who lists the following four definitions (2): Consciousness is the inner mental life, which we lose each night when we fall into dreamless sleep. It can be measured with the Glasgow Coma Scale that assesses the reactions of patients. An active cortico-thalamic complex in the brain is necessary for consciousness in humans. And to put philosophically, consciousness is what it is like to feel something.

This is the reductionist view. But is also is much more. Many ask, has the human also soul and the spirit? And maybe the brain is not necessarily needed for the consciousness to exist after all?

Also altered states of consciousness are hard to explain by scientific knowledge. Same goes to physiological state of dreaming on humans. The dream world of an individual seems to have many important functions not only to the body, but the psyche. Dr. Carlos Castaneda and others have talked about the possibility to create one´s own dreams in so called lucid dreaming. Also unconsciousness seems, according to recent studies have more important role to human behavior. The huge majority of human cognitive work is non-conscious. (3). Carl Jung and others have studied and postulated about the collective psyche of the mankind, which would have a huge impact on human behavior also as a single individual. (4) In this scenario, we would be guided by the spirit world in many cases while doing important decisions in life.

One can safely state, that the explanation of human consciousness is the biggest dilemma of modern science. One can also ask, can the existence of humanity even be satisfactorily explained without a solid and reasonable explanation of consciousness. Without it, the so called scientific world view is a groundless one. If we can´t explain even what we are, and answer where do we come from, how can we explain other phenomena in natural sciences. Caring what consciousness is should be our primary goal in research. And in life, know thyself!

Personally I have been through so much of paranormal phenomena, usually against my will. I have been abducted by military aliens. I have seen in close range UFO´s, and in my house there have been poltergeist activity. I have had out of body experiences. I do not really hold my breath with the UFO disclosure or scientific breakthrough on finding the spirit body of man. But I do have a personal certainty that someday people will know and will learn about the reality of paranormal things in general. I believe there is an active spirit world waiting to be found for those who have not found it yet. It does not go away by shutting one´s eyes.

According to modern Gnosticism, human history has also an end, and there are invisible rulers in the skies, which are shown to us as UFOs and small gray aliens. More about that in:

I did use Google scholar to see, if there are new thesis concerning the explanation of consciousness. I did found out hundreds of new scientific publications on quantum mind. I was pleased to see also new theories and vivid discourse on the matter (5). Roger Penrose and Stuart Hameroff did present their model on the quantum mind soon 20 years ago. (6) Hameroff published in 2012 an article with Deepak Chopra on Quantum soul (7), (8) to which I would scrutinize a bit here.

According to Hameroff and Chopra, human consciousness is interconnected to living beings and the universe. It is in contact with cosmic wisdom/information.  And it is able to exist on deeper planes independent of biology. (Maybe outside the space and time?) Their hypothesis is that soul has a secular, scientific explanation consistent with all the religions and known science. And that their model is building a bridge between science and spirituality.

Penrose-Hameroff Orch OR model is used, to explain the bondage from the spirit to the brain. In it the microtubule system of the brain cells is being controlled by the soul. Microtubules would then do quantum computation inside the neurons cells. There are multiple scientific findings to back this claim from neuroanatomy- and physiology. The writers claim, there is recent evidence for significant quantum coherence in warm biological systems, and end-of-life brain activity for support the notion of a quantum basis of consciousness (7).

The idea on an immortal soul is an ancient one, and common to all cultures in the world. If science will now prove its existence, it will mean an end of a world to all reductionists and skeptics. Naturally there would be a spirit world then, like there is. How would science research it? Is it even possible? What is existence after life? Well, there are already many explanations from various sources to these questions. And none of them are necessarily true, or even close to it. In the new age movement there are certainly many, who claim to have answers.

What it comes to ufology, there are abductees and contactees who have out of body experiences with space aliens. Also many times in ufo-cases the aliens show themselves as spiritual entities. Some people have seen or photographed ghosts or poltergeist phenomena. They all tell of a story of active spirit world that is all around us. The one that can be reached by prayer or meditation.

1.Human Brain Function, by Richard Frackowiak and 7 other neuroscientists, page 269 in chapter 16 “The Neural Correlates of Consciousness” (consisting of 32 pages), published 2004

All posts by Usko Ahonen Md