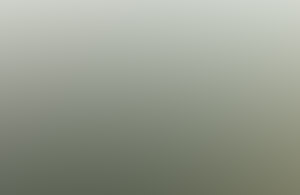 While the people on Earth at present are caught in a grossly skewed system that reduces them to servants of ‘the economy’ and where austerity measures that cut deep into social services are justified by politicians as “necessary to stimulate the economy”, the strictly regulated economic system on ‘Iarga’ serves the needs of the people and even helps the author, as an exponent of the free market system, to see how a system based on justice also helps freedom to flourish: “The universal economic system shows itself in practice to be an efficient production system of goods and services, placing prior importance in the sectors housing, nutrition and transport. (…) The aim of this system is to free the individual as much as possible from non-creative, servile work.” Indeed, “the universal economic system that exists by a great many intelligent races, does not concern itself with money, possession, or payment. The aim of this system is to free the people from material influences and motivation”.

In response to questions about the means of exchange and systems of governments on other planets, George Adamski wrote in October 1957: “Their means of exchange is a commodity and service exchange system, without the use of money. All production is for the benefit of everyone, with each receiving according to their needs. And since no money is involved, there are no “rich”; there are no “poor”. But all share equally, working for the common good. (…) The needs of the people are considered impartially by [a body of representatives elected from every district and every walk of life], and problems are solved for the common good of all.” This sounds like the advanced system of barter that esotericist and futurologist Benjamin Creme has foretold as the means of distributing resources on a global scale after the economic meltdown that is about to hit humanity, and it can also be found in the accounts of several other contactees.

If you missed Part I of this article click here: https://www.ufodigest.com/article/space-people-1005

Likewise, Ad Beers is told: “…we have no money, but everyone can go on holiday (…) if they wish.” And: “Nothing is paid for on Iarga, only registered. What a consumer uses is registered in the computer center (…) and this may not exceed that to which he has a right.”

His contacts from space explain to him that on ‘Iarga’ two worldwide consumer organizations “stimulate the [production] trusts to produce the goods that are needed. The trusts are not permitted to advertise or exert any influence on the consumer, as this could never be objective” because “[i]n a socially stable society, you would have not only freedom of speech, but, even more important, freedom of thought. Propaganda, repeated one-sided information, damaged the freedom of thought…”

When Mr Beers asked the visitors from space for more specific technological knowledge to advance Earth’s civilization, the reply could not have been clearer: “The last thing that you need is technological information to increase the gap between your intellectual development and your almost non-existent social development. Carry on playing with your Mars probes for the moment, as half of your world’s population lives in poverty and hunger. The only information you need lies in the field of societal standards.”

Based on the descriptions that Mr Beers gives of the information that is shared with him, the current writer, whose previous research indicates that the ET presence on Earth originates from planets in our own solar system, would speculate that the crew of the ship that Mr Beers sailed into were actually from the planet Mars, which Truman Bethurum described as “a great manufacturing planet”. Benjamin Creme has said that Mars is at the same level of evolution as Earth, but “Mars has not made as many mistakes as we have, which is why it has a technology unbelievably ahead of ours. They are masters of space, masters of energy. They make most of the spacecraft we see and call UFOs, from small scout ships to gigantic motherships. Even some of the Venusian craft are made on Mars to Venusian specifications.” (Readers who are still under the illusion that Life can only be carbon-based and express itself exclusively in dense-physical form are referred to Chapter 5 of my book Here to Help: UFOs and the Space Brothers for an explanation of the concept of life on the etheric (subtle) physical planes of matter, which science is looking for as “dark matter” or “dark energy”. Another interesting clue as to the reality of the etheric planes was reported early July 2014 when astrophysicists announced that their research shows there is 400 per cent more light in intergalactic space than could be attributed to known sources.) 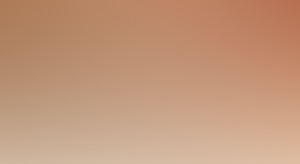 Despite the focus in Ad Beers’ story being on the more mundane aspects of life on ‘Iarga’, his exchange with the space people included some ‘philosophical’ points that will ring a bell with readers who are familiar with the teachings on detachment of, for instance, J. Krishnamurti: “Happiness is being at peace with oneself and one’s surroundings. This is determined to a large extent by one’s success in achieving self-set goals, in other words, by a ruthless appraisal of oneself. This individual striving to reach a self-chosen goal [as opposed to competing with others; GA] is the creativity in man.”

And: “The body with all its selfish demands is just a shell. We are only concerned with the creative intellect, the soul that is capable of unselfish thought. How do we educate children for freedom and happiness? Freedom is the absence of the effect of compulsion on the individual’s behaviour. Freedom cannot be obtained with a weapon in the hand. It can only be obtained by the parents’ careful mental forming of their children, by the correct conception of good and evil.”

So, while the world is poised, even unknowingly, for the final act in the planetary drama that is being played out as the collapse of our defective systems erodes any semblance of democracy and forces humanity to once again face the spiritual realities of life and join hands to demand justice and freedom for all, it is interesting to note that not only Life and the human kingdom are universal occurrences throughout Cosmos as I have documented elsewhere, but so apparently are the Laws that govern their expression in right human relations as the foundation for a sane social system that ensures the survival of the race and the safe progress of its civilization.

With much more information along the same lines from these and other contactees, which I will be presenting in my upcoming book, a new definition of exopolitics presents itself. The simplest definition of ‘exopolitics’ at the moment goes something like: “The study of the political actors, processes and institutions associated with extraterrestrial life.” For some this presupposes the existence of extraterrestrial life, for others merely the possibility of such. Readers who are familiar with my books will know that I take the extraterrestrial presence on Earth as an indisputable fact, based on a triangulation of correspondences between the information from the original contactees of the 1950s, humanity’s shared wisdom of the ages, and the experiences of dignitaries and officials in recent decades, against the background of the changes engulfing our world today.

Based on the information in this article, and its pertinence to the state of the world today – which has also been pointed out by Paul Hellyer in his 2010 book Light at the End of the Tunnel – A Survival Plan for the Human Species – a much more practical definition of the term ‘exopolitics’ seems appropriate, which goes back to the original meaning of its constituents, with ‘exo’ meaning “(from) outside” and ‘politics’ meaning “matters concerning the state or its citizens”:

This makes ‘exopolitics’ at once a much more urgent concept, as it places the ET presence on Earth solidly in the context of the crises facing humanity today – political, economic, financial, social and environmental.

Adapted for ExoNews from an article that was first published in Share International magazine, Vol. 33, No.6, July/August 2014.

Most recent posts by Gerard Aartsen

All posts by Gerard Aartsen