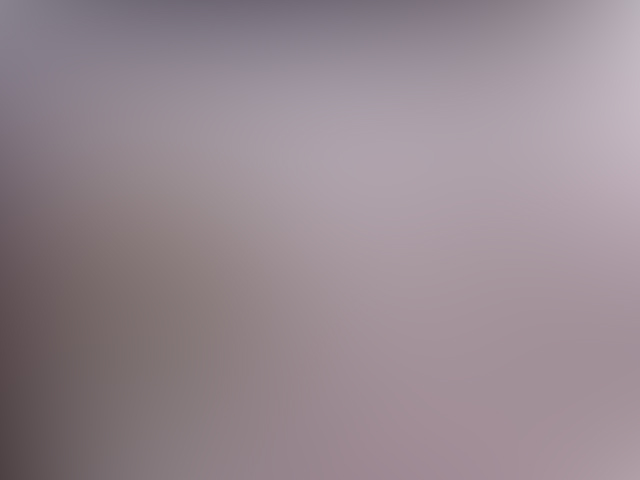 At some point in the 1990s I had a conversation with Dr. Rafael A. Lara Palmeros, director of research for Mexico’s C.E.F.P organization regarding the motives of individuals who develop an unhealthy attraction to UFO and paranormal phenomena. Dr. Lara mentioned a case involving a certain gentleman from Central Mexico who openly expressed his wish to be “contacted by aliens”, as that would be the solution to all his problems, real or imagined. He went as far as to offer money – not small amounts, ether – to any researcher, contactee or psychic who could make his wish come true.

This wish was not granted, as far as I know. Indeed, the gentleman should have been admonished about being careful about what he hoped for – the time honored admonition. In fact, some people would gladly trade away their negative experiences for free.

Some cases involving humanoid encounters appear to go unnoticed in the vast rush to publish stories in magazines or make them known to TV production companies. One of these unsullied gems was researched by Ramón Nava-Osorio of Spain’s IIEE organization (readers of INEXPLICATA will often see mention being made of the IIEE’s branch in Chile) while looked into the experiences of Juan Soler, a Spanish experiencer of the kind referred to in the 1970s as a “repeater”, a person who has multiple brushes with the unknown over a lifetime.

The “Michelin Men” of Lérida

In the spring of 1977, Soler had gone to a farm which his brother-in-law had just purchased at Binéfar, in the Spanish Province of Huesca, hoping to lend him a hand with plumbing and sundry duties. Once the chores were complete, both men boarded their respective cars and drove away. Soler, however, had trouble with his ignition and made a wrong turn down a country road that lead him to an open field. The road came to an abrupt end, marked by a large toolshed surrounded by farm implements, and it was at that inopportune moment that the engine died.

Things were about to get markedly worse.

According to Soler, who was struggling with the ignition, he noticed a strange figure appear out of nowhere – an entity with a shocking physical appearance. This is how he described it to Ramón Nava –Osorio: “It had no neck and its big round head was directly joined to the body. Its head was enormous and ended in a green-colored crest that resembled a fin. This fin seemed to have something like a corkscrew halfway down. The body was covered in large scales, some 3 centimeters in diameter, green and darker than the rest of the skin. Stunned as I was, I then saw a second and third figure appear, all of them having similar characteristics. The third figure walked to the middle, and all three turned to look at me. They all came from the same place and walked like regular people. I was able to see their eyes, which looked like a horse’s eyes – round, bulging, black and white – and they showed anger. There was considerable distance between the eyes, they had no noses and small mouths, carrying something in their hands that I couldn’t see clearly.”

“I felt invaded by a sense of terror,” continued Soler, “it was a hellish nightmare. As I kept looking at them, I continued to turn the key over in the ignition until the engine started. I put the car in reverse without looking and got out of there the best I could. I normally tend to revisit places where I’ve had experiences, but I’ve never gone back there.”

The last few words of Soler’s testimony are important. Since his earliest experience with non-human entities, he has felt compelled to learn more about the phenomenon with an intensity that researcher Nava-Osorio compares to that of the Roy Neary chacaracter in Spielberg’s “Close Encounters of the Third Kind”. These experiences went back to his early childhood, but none was as vivid as his encounter in September 1966 on the banks of the Marganell River.

At that time, Juan Soler had taken his then-girlfriend on a picnic to a highly wooded area frequented by families from the Manresa area. Around 1400 hours, Soler went off to a spring to bring back water, but something caught his eye: a metallic structure he took at first for a motorcycle’s sidecar, but as he approached, he realized that the object was a long white cylinder standing some 60 centimeters over the ground, “looking like a small submarine” – relatively speaking, as the witness placed its length at some five meters and its width at 120 cm, featuring portholes through which brown seats could be seen. 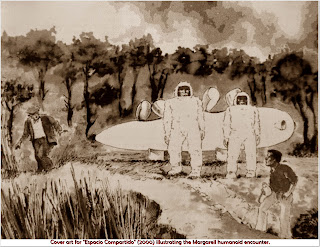 Nava-Osorio notes that Soler was at least ten meters distant from the object at this point. It was then that he saw two humanoid figures who must have descended from the sub-shaped structure shortly before the experiencer’s arrival.

Soler described the occupants as follows: “They were two beings, dressed in white, wearing helmets similar to those worn by motorcyclists. They were dressed in segmented outfits whose rings made them look like the Michelin Man (a reference to Bibendum, the logo of the Michelin tire company, whose image has been used as a descriptor in many CE-3 cases), although their segments were much thinner than those of the advertising character. The vehicle and the occupants’ clothing was the same color. I couldn’t make out their faces clearly due to the fear I felt and the swiftness with which it all occurred. But they seemed Nordic, although I had the impression they’d gotten suntanned, given the look of their skin. Their suits ended where the helmet started – it had no support or collar. They walked ponderously, wearing short-leg boots and gloves. They looked at me in surprise.”

This is where the “Marganell CE-3” – as we might well call it – took a detour into high strangeness.

Gripped by fear, Juan Soler felt the urge to flee, which is understandable in such a situation, but rather than escaping back to the picnic and his waiting girlfriend, he ran *toward* the humanoids, charging between both figures, brushing against one of them. Even more startling was the fact that the owner of the property containing the spring – described as an older man dressed in blue and wearing a cap – was standing there as if witnessing the proceedings. “He shouted an order, and the two humanoids hurriedly boarded their craft. Once aboard, the managed to touch me at the with the sharp end of the vehicle. I also felt something in my head. I turned around a little and told them: Go ahead, go ahead, I’m not about to do anything to you. When the vehicle had reached the height of my own head, I was gripped by excruciating pain. I felt as though my hair was on fire and the pain spread down my arms to my legs. Fully turning around to look, I saw the portholes [on the vehicle] were closed. They both looked at me from their seats and took off uphill […] The pain was similar to an electric shock, like something I’d experienced in the factory I worked for.”

Nava-Osorio did not press the witness for a better explanation of the events. The description as to the vehicle “going uphill” is unsatisfactory, and no mention is made of Soler returning to his girlfriend’s side.