Three hundred thousand years ago, Homo sapien ET goldminers from the planet Nibiru adapted their genome to Earth. They added copper, African clay and genes from Homo erectus–Bigfoot’s ancestor, and mitochrondrial DNA from their wombs–to make us, a worker race, to slave for them. Our very existence, our life itself, comprises the most precious asset they bestowed on us.
Click here to enlarge top photo.
After the Deluge of 13,000 years ago, the “gods”–as the Nibirans had us call them–gave us the assets we call “civilization” in ancient Sumer (Turkey and Iraq).
Anunnaki Goldmining Expedition leaders ruled us through the grandsons of their Chief Scientist Enki’s son, Ziusudra (Noah) and his sons, Shem, Japhet and Ham and their descendants.  Our ancestors and the Anunnaki together renewed agriculture and animal husbandry with genetic starts Enki  had buried in a diorite vault  in Iraq. The Anunnaki and we built dams and drained floodwaters into rivers for Sumer, reclaimed the Nile Basin, and spread civilization over the entire Earth.  Together, we  built a new spaceport on the Sinai Peninsula. When the floodwaters receded, they left the uplands intact but left the spaceport at Sippar, all of Sumer and African mines under mud and silt. Earthlings at low elevations had drowned. Less than a thousand Earthlings dug alive from mountain caves to a world of mud that was ruined for gathering and hunting.
People with Ziusudra on Ararat, hybrid Igigi-Earthling families who fled to Mesopotamia’s mountains and the descendants of Ka-in at the Peruvian refinery and spaceport lived. Anunnaki in charge of the Andean space and refining facilities helped the few Andean survivors upon the high peaks to repopulate the continent.  10,998 – 8,970 BCE, All the factions of both the ET gods of Sumer and the Earthlings of Eurasia, Africa and South America cooperated to make a livable, world-wide stable civilization. We did it before. We can do it again. Nibiru neared Earth so close in 11,000 BCE that the ice slid off Antarctica. The ice, tsunamis it generated, quakes from shifting magma and continents launched the worldwide 120-day Deluge here. The flood buried “under miles thick mud, all the Anunnaki built in 432,000 years. Of their settlements, only the stone Landing Platform [Baalbek] in Lebanon, survived intact.”
SURVIVORS RECOVERED FROM DELUGE
To Baalbek, Enlil, the Anunnaki Commander, summonsed Nibirans who survived the flood.  He signaled, “Return to Baalbek. Hear my commands,” to the Royals and to astronauts in craft orbiting the planet.  “Nannar,” he com-med to his son on the moon, “return to Earth.”  Enlil also called in his nephew Marduk–rival Enki’s son–from Mars.
Marduk, son and heir to the Commander’s rival, Chief Scientist Enki, had run the astronaut and transshipment base on Mars before the Deluge. “By the passage of Nibiru was devastated. Its atmosphere was sucked out, its waters evaporated, a place of dust storms it is,” Marduk reported.
“What seeds survived in Enki’s vault? What beasts made it?”
Ninigal, Enki’s son who’d piloted Noah’s submersible, answered, “Life essences and life eggs in the four-legged animals from Ziusudra’s boat can be combined. Sheep for wool and meat will multiply, cattle for milk and hides will all have.”
Enki’s seed banks survived. Enlil said he’d order more gmo seeds from Nibiru. He told Enki’s son Dumuzi, “Replenish the planet’s livestock. Noah’s son Shem will boss Earthlings you need.
“Dig a water system with our technology, breed Earthlings for labor that feeds itself,” ordered Enlil.
NINURTA AND SURVIVING INDIANS PROCESSED ANDEAN TIN FOR RECOVERY
Mud covered all the stone and minerals Sumerians and Egyptians needed for building. Sumer and Europe failed to yield enough CASSITERITE, which Ninurta needed to refine copper for tin and bronze for the Earthlings’ upleveling to an urban civilization. He therefore natural copper as well as more gold for Nibiru. He found tin and gold in alluvium of rivers that run into the east coast of Lake Titicaca in Peru–huge chunks of pure gold and copper. The copper needed no refining. Ninurta also found beardless descendants of Ka-in, now Andean Indians, who’d survived the flood on rafts on Lake Titicaca. They could mine the metals he found. He brought Adad, Sumerian overseers and African technicians to organize the Indians.
COOPERATING ANUNNAKI & EARTHLINGS  RECLAIMED MESOPOTAMIA WITH BRONZE
So began the Neolithic, the Age of Domestication. With advanced technology, Ninurta and Enki re-terraformed the mud of Mesopotamia back to a land of rivers, dams, and irrigation systems.
Ninuta, Enki, and lots of us with shovels dug away mud, bedded rivers, built canals, dams and irrigation ditches. 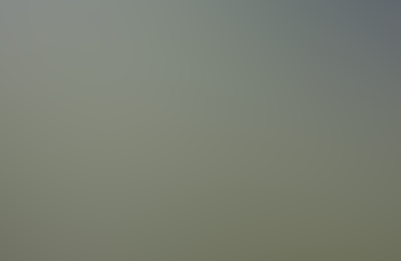 NIBIRU DEMANDED MORE GOLD FROM EARTH
Perigee 11,000 BC made Earth Flood, Nibiru’s gold shield blow away.
Anunnaki Goldmining Expedition leaders ruled us through the grandsons of their Chief Scientist Enki’s son, Ziusudra and Ziusudra’s sons, Shem, Japhet and Ham and their descendants.  They renewed agriculture and animal husbandry with genetic starts Enki recovered genetic starts from a diorite vault Enki had buried in Iraq before the Flood. 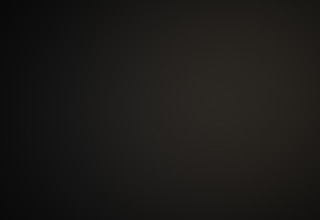 NibiruEarthPassby
The Anunnaki built dams and drained floodwaters into rivers for Sumer. Enki reclaimed the Nile Basin. The worldwide civilization the Anunnaki and our ancestors built included a base on Mars. The Anunnaki taught us to make bricks and bronze implements.