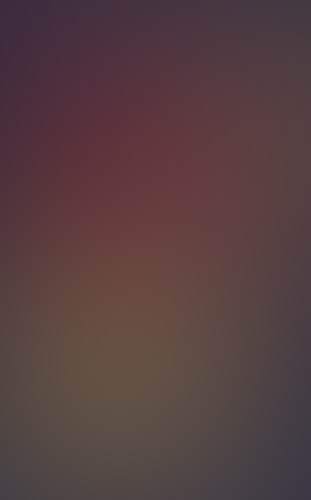 A martial obligation of the House of Lords was to shield the British Crown from burden or blame. The entrée of the Illuminati served a strategic goal in this state of affairs. For as the Vatican had previously done, the recently picked lords and ladies could exploit lower groups as human shields. Bavarian bankers and “collection-barons” could unassumingly redirect all detrimental criticism — to gypsies and Jews. Given that a Germanic household had few misgivings about keeping the title of the English monarchy, its well-to-do lineage could also provoke the uncertainties of Semitic laypeople.

But if the Bayern Illuminati brought about the end of the Holy Roman Empire, by what authority did the Germanic monarchs and landed gentry continue to preserve their “holy rights” and hereditary titles of nobility? A number of courtiers imagined a “Jesus bloodline” as a chain of offspring of the historical Jesus and Mary Magdalene. The notion of the Holy Grail as a lineage or the genealogy descending from Jesus’ marriage with Mary Magdalene was revealed in Dan Brown’s popular novel, “The Da Vinci Code” (2003).

Dan Brown used material from “Holy Blood, Holy Grail” (1982), by Michael Baigent, Richard Leigh, and Henry Lincoln, which was based in part on Pierre Plantard’s 1950s “Priory of Sion.” Plantard dismissed the Jesus bloodline story as fiction in a French radio interview in 1982.

“However, Plantard’s ‘Priory of Sion’ documents prior to 1956 were found to be forgeries which were planted in French institutions to be later ‘rediscovered.'” The French government depicted Plantard as a pretender to the French throne. He claimed that descendants of the Hebrew tribe of Benjamin were the “Merovingian” line of Frankish kings.

Nikos Kazantzakis (author of “Zorba the Greek”) presented an atypical view of a spiritual romance between Jesus and Mary Magdalene in his 1951 book, “The Last Temptation of Christ.” For that work, the Church prevented Kazantzakis’ body from being buried in a cemetery. His famous novel often shows up on lists of banned books.

Selected folklore of the “Jesus bloodline” hypothesis guardedly held that Jesus and Mary Magdalene were not Semites in actual fact, but exiled Egyptian (Ptolemaic) royalty. The “proof” was allegedly buried in a small churchyard in Rennes-le-Chateau (stirred by the Roman Catholic maltreatment of the Albigensians or Cathars of Southern France). That twist of history allowed constituents of the Illuminati landed gentry to make a claim of angelic blood relations to an “Aryan Jesus” without being Semitic. It suited the “Priory Grail” explanation for their pretentious sanctified rights and hereditary titles of nobility. “I know the slander of those who say they are Jews and are not, but are a synagogue of Satan.” (Revelation 2:9)

“According to the vast majority of professional historians and scholars from related fields, there is no historical, biblical, apocryphal, archaeological, genealogical, or genetic evidence which supports this hypothesis. Hypothetical Jesus bloodlines should not be confused with the biblical genealogy of Jesus or the historical relatives of Jesus and their descendants, who are known as the Desposyni.” (Wikipedia.org)

Far from the islands

Never going to get to France.

Mary Queen of chance will they find you.

Never going to get to France

could a new romance ever bind you.

The Firstborn of the Illuminati greatly admired monarchism once he came to grips with the fact that the kingdom’s crown had been germanisch since 1714. He was the engineered progeny of a Quaker insemination. In his opinion, he was the self-direction of all human progress. Scientists, politicians, and social leaders had created him through a program to improve human heredity.

The Horus Incarnation was a smart hairless gentleman with a cane and a Panama hat who had voyaged to the Greek island of Patmos. His footfalls were noisy as he walked to the Grotto of the Revelation where St. John wrote Biblical passages of the Apocalypse.

The beast 666 had acquired a birthright from this bizarre cavern. A circle of bodyguard soldiers marched around him. The Nazi defeat of Greece was fulfilled in 1941, with the capture of important islands.