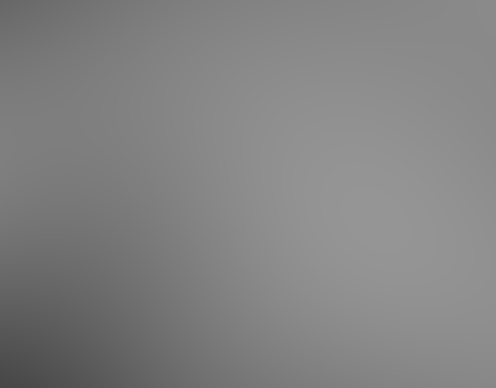 Homer is the author of the Iliad and the Odyssey, established in Western customs and acknowledged as the best of ancient Greek epic poets. Most historians place Homer in the 7th or 8th centuries BC. His epics instituted the standard for inspired verse, and have had a huge impact on the history of Western literature.

According to Homer, the river “Oceanus” represented the primordial waters of the firmament from which the universe arose. Oceanus was originally an ancient river that flowed around the Earth and beyond its seas. “From Oceanus arose all seas, rivers, streams, and fountains.” In Greek mythology, Oceanus was the superlative river, the origin of all things, even the gods.

When viewed from above, a river looks like the “string” of a current. A branch of theoretical physics called String Theory tries to bring relativity and quantum physics into one general theory of everything. In this hypothesis, fundamental particles are minuscule strands or strings of energy. Vibrations by the string determine particle characteristics such as mass and charge.

In 430 BC, The Greek philosopher Democritus developed the idea that everything is made of atoms, literally meaning “indivisible.” But J. J. Thomson’s modern electron theory suggested that the atom is not indivisible. This contradicted the masterwork of Democritus. In 1938 physicists Otto Han and Fritz Strassman working in Germany were the first to actually split the atom. But nuclear division was only a short-term fact. Unraveled particles quickly regrouped into complete atoms all over again.

The Greek word for ‘atom’ is atomon, which also means a “person” or an individual. Consequently, in abstracted spiritual folklore the Cosmic Atom is the Golden Person (Adam Kadmon meaning “primordial man”) who dies and resurrects, because the splitting of mind and body is only temporary.

In 1899 the German physicist Max Planck originally proposed the Planck length (LP) to be the smallest length. The Planck length is the scale at which classical ideas about gravity and space-time cease to be valid, and quantum effects dominate. Present-day scientists assume some kind of discreteness or granularity of space-time at the Planck scale. Nothing can be smaller than the Planck length (a size smaller than this would result in the formation of a black hole). Perhaps “quantum grains” are the indivisible fundamental particles that Democritus once described. They exist at the Planck scale and cannot be divided.

An indivisible point is analogous to the binary “bit” or basic capacity of information in computing and telecommunications. A bit can have the value of either 1 or 0 (but you can’t get half a bit). A further indivisible part is the “pixel” (picture element). It is the smallest addressable element in a display device. A pixel is a physical point in a raster image that cannot be divided into smaller parts (you can’t get half a pixel).

Does the Planck scale represent “the end of mathematics” where every calculation will in due course break down to zero and infinity? Or will we require a new mode of mathematics with some Homeric style?

A fractal is a mathematical set for a geometric pattern that is repeated at ever-smaller scales to produce irregular shapes and surfaces that cannot be represented by classical geometry. A fractal displays self-similarity by repeated subdivisions of a basic form or string of information.

If we replace the aforesaid bit or pixel with a fractal (you can’t get half a fractal), we suddenly go into the realm of “non-locality” or cosmological inflation (the theorized extremely rapid exponential expansion of the early universe) where a single form is observed everywhere at once, like a manifold holographic image.

The inflationary model of the big bang is perhaps the reverse of spaghettification (sometimes referred to as the noodle effect) from falling into a black hole. At this point, mass becomes stretched like a tether string, or spaghetti strand, vibrating in many dimensions (or degrees of freedom). More of a lightning bolt than a noodle.

What driving sway causes our universe to abruptly “flip” modes from relativistic 3-D geometry to super-string fractal geometry? The Higgs Boson (“God Particle”) found in July 2012 by scientists at the CERN supercollider has the energy that purportedly allows fundamental particles to gain mass. It may act as the converging or diverging lens of a gravitational singularity.

When viewed from the mind’s eye, Homer’s river is a string or fractal of information. Perhaps the Democritus atom was envisioned as a static zero-dimensional point. But in the real world of dynamic movement, the structure of space-time is shriveled and stretched so persistently that it behaves more like a vibrating one-dimensional string. Thus, Oceanus’ indivisible fractal is immediately everywhere as it zigzags back and forth an infinite number of times throughout moments in space and zooms-in on its boundless symmetry of scale.