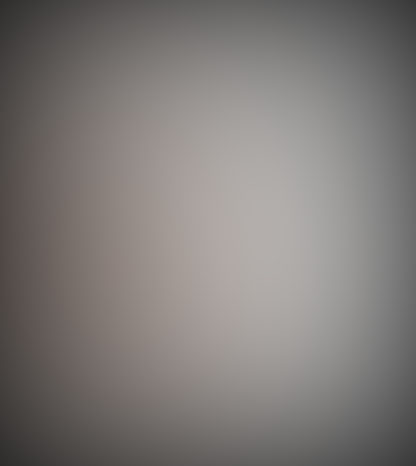 Many years ago – perhaps 20 – our director, Fabio Zerpa, introduced a likable gentleman in his forties to the members of the ONIFE (Organizacion Nacional de Investigacion de Fenomenos Ovnis) group. He described him as: “the gentleman who’s been inside a flying saucer”. The reader can imagine our surprise at receiving this information, particularly coming from Fabio, who was never known to rush to judgment. The protagonist’s name is Orlando Ferraudi.

Despite the years that have gone by since his abduction experience, elements have emerged to confirm and enrich his story. At first, our fellow ONIFE members – Hector Antonio Picco, Jorge Cosso and Eduardo Rando – were put in charge of investigating and confirming through the pages of the “Mas Alla de la Cuarta Dimension” magazine, the surprising recollections of the Orlando’s experience. The case was also made known through the Buenos Aires newspaper “Cronica” in a feature by Hector Picco.
We ran into Orlando Ferraudi only a few days ago – 15 January 2013 – and questioned the experiencer once again in our offices over cups of coffee.

His adventure started one cold night in August 1956. Orlando, 18 at the time, was an avid fisherman. At the time, his favorite spot was a remote area on the edge of Rio de la Plata, on the northern shore of the City of Buenos Aires, where today (years after the experience) we find a college campus belonging to the University of Buenos Aires. At that time, the area was frequented by “linyeras” (the homeless). Orlando had become accustomed to taking them small packs of cigarettes and mate in order to befriend them and keep them from “harassing” him during his fishing nights.

Around 23:30, Orlando was sitting on the shore with his fishing rod, and felt that someone was behind him. At first he thought it was a “linyera” who had come to ask him for something or to rob him. However, what he saw was shocking. The character, similar to a human being, was much taller than Orlando ( who stands about 1.85 meters) – at least 2 meters tall, dressed in a yellow/orange one piece outfit that gave off small “sparks”. The suit ended in a hood that fell over the neck. The humanoid was very blond, with cropped hair, very white skin, athletic build, amber eyes (the classic “Adamski”-type alien). The being took Orlando by the arm and mentally conveyed the thought that he should remain calm and not be afraid. No evil would befall him and that they had a long journey ahead.

At that instant, Orlando knew that the entity (despite its appearance) wasn’t terrestrial. The witness tells us that he lost his will, that it was impossible to refuse the extraterrestrial’s mental commands. At that time, the being took out a device from his suit that Orlando described as a woman’s “makeup compact”. The little device (which would cause Orlando to feel faint whenever it was held aloft) issued a very intense light. The experiencer then saw a vast dark shadow coming from the river, shaped like an inverted soup bowl and measuring some 70 meters in diameter. A ramp suddenly appeared from within the craft and another being (similar to the first) helped Orlando to walk along the narrow metal gangplank (the witness says that he was afraid of falling into the water as he did so).

Escorted by the two beings, he entered a small domed room without any straight edges, where the light appeared to emerge from the walls themselves. Orlando tells us that the air seemed luminous. Also within the room was a small girl who identified herself as Elena, an eleven-year-old. She told him that she had been taken by the UFO from her home in Villa Mercedes (Province of San Luis – Argentina), when she heard noises on the terrace, thinking something had happened to her cat. The girl told Orlando not to be afraid, that no harm would come to him.

Next, a tall blonde woman, wearing a bodysuit similar to those of her male counterparts, entered the room. Her hairstyle reminded Orlando of the “Prince Valiant” character made famous by the comic strips and a movie starring Robert Wagner and her athletic build was also notable. This crewwoman led Elena out of the room, presumably to another part of the ship. Subsequently, one of the beings told Orlando to take off his clothes. The startled experience, bereft of will, obeyed the order, although he kept his underpants and socks on. The being then told him he must strip naked, since the garments are contaminated and could cause them problems due to terrestrial bacteria and viruses. Having complied with the request, the being took the clothes and placed them in a bag which was subsequently tossed into a device similar to a television set. Upon closing it, the device became filled with thick, greenish smoke (at this point it is hard not to recall the Villas Boas case in Brazil). According to the entity’s explanation, it was being sterilized and would be subsequently returned to him. Meanwhile, he was given a “little outfit” measuring no more than 30 centimeters long. A curious telepathic dialogue ensued, with Orlando asking the being: “How do I put this on?” He then discovered a small hole on the upper part of the garment and was surprised to see it stretch and fit his body perfectly. He told us it was impossible to feel it, and gave him the sensation of wearing shoes even though he had none.

The female entity returned with little Elena (dressed in a similar outfit). They were told – always telepathically – that they would take a small trip, first underwater through the Bay of San Borombón (south of Buenos Aires) to the coast of Uruguay and would subsequently cross over to Africa, from which they would go into space. This, they explained, was to avoid detection and be considered hostile.

This stage of the story is very compelling, as they told our protagonist that the UFO would generate a sort of particle field, employing electromagnetic energy for their maneuvers, both within the atmosphere and beyond it.

Within what could be called the “bridge” were instruments, screens and windows in the entire perimeter. A minimum of nine beings (according to Orlando) operated the entirety of the ship. At a given moment the made him look at one of the screens, seeing they were rising and the Earth was now being left behind. There was no sensation of movement. They were struck by the Earth’s blue color (although the first human to officially see this lovely color was Yuri Gagarin). They were also shown the moon, which Orlando described as dull grey. Beyond lunar orbit, they were asked to look at the sun (always through the screen). There is an interesting bit of information here, as Orlando, much like in another case to be mentioned later, says that “the Sun is black”. I remember asking him how this could be, much as he was asked during our initial meeting, saying that surely must have seen the sun through a filter. Orlando insisted that the Sun was dark, from what he could see. Surely – we thought – the image had been through a polarized filter or with certain wavelengths filtered out.

At that moment, the ETs told both humans that they were heading back to Earth, this time at a breathtaking speed, watching it through the screen. They became frightened and feared they would crash; the beings advised them of the zero likelihood of such an occurrence, thanks to the fields employed. In fact, the exact thoughts used to explain this to Orlando and Elena were: “Do not be concerned. When we are near, we shall form a field with the Earth and will not collide with it.” Here, we presume, they would use the Earth’s magnetic field and inverting polarity would also dampen the craft’s inertia – an concept held by many scientists involved in UFO research.

They penetrated the atmosphere and plunged into the Caribbean. Seconds after doing so, they beheld a sort of transparent dome with several craft (Orlando estimates the structure covered some five or six hectares). When asked, the entities replied that “it was a maintenance station”. They entered a sort of tunnel and are told they are to be returned, but must first undergo a series of physical examinations.

Another room had two cots and strange instruments. The humans were given a thick beverage to drink (similar in density to honey and flavorless) and some tablets (described by the protagonist as “small eggs of various colors”). They were told that these would make them sleepy and not to be concerned. Subsequently, they were placed in the respective cots, which had “U” shaped instruments above them, with lights matching the colors of the pills taken. Orlando does not remember when he fell asleep, or how long the examination lasted.

They were wakened and taken to separate rooms, being asked to dress in their normal clothes. At that time, Orlando, who was physically well, was told that work had been done to his pineal gland. Orlando recalls the being’s explanation perfectly. “You will be useful to us in the future, because this gland is the only heritage of ours that remains here. The five races that populate this planet are not native to Earth; they are merely the vestiges of civilizations from other worlds. Earth has long been known as the solar system’s zoo. The current races have undergone genetic mutations through their own fault, but all that remains of what you were is the pineal gland. For that reason, we have reactivated this gland in both of you, and when we think about you, you will feel a sort of buzzing inside your heads.” The existence of a phenomenon common to all contactees should be noted here: the so-called “adjustment signal”, an intense buzzing that is normally heard in the right ear and which heralds a telepathic message. This symptom is common in world case histories.

Orlando was full of questions, and the beings agreed to show him the workings of the UFO. Our protagonist says that he saw two decks – the command bridge and the various rooms in which they had been, and a lower one with the “motor” which he describes as circular (covering the entire diameter of the craft) with large coils and walkways between them. These coils were operated or controlled by creatures similar to the ones described, but dressed in blue overalls and with a sort of transparent mask. Males and females were involved in these operations.

Regarding the vessel’s operation, he was told: “The craft glides along a force field using three energies – cosmic, solar and magnetic. We can travel through space with all three or only one.”

Part II of this article is published here: https://www.ufodigest.com/article/1956-ferraudi-contactee-experience-doing-it-old-school-part-ii