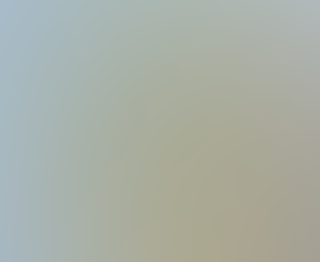 Spain: The 1966 A Graña UFO was a UAV
By Scott Corrales

A number of Spanish news outlets reported on May 9, 2012 the interesting story involving a UFO supposedly recovered by the Spanish Navy at El Ferrol (on the Northwestern tip of the Iberian Peninsula) in 1966 was actually a NASA unmanned aerial vehicle (UAV).

Known as the “A Graña UFO”, the object remained a mystery for decades and still does, to a large extent. But recent news items suggest that the UFO was really a NASA UAV which was seen flying over the skies of El Ferrol in November 1966. According to El Confidencial Digital, the unknown, luminous object emitted a variety of lights as it flew over the city before vanishing into the sea.

But far from returning to its base on Tau Ceti or some other galactic port of call, the UFO crashed into the sea. It was recovered by fishermen who brought it aboard their trawler, amazed by the technology and strange lights and electronics that were completely unknown to them. We will never know what conversations took place among the fishermen that night as to how to profit from this unexpected discovery, but the fact remains that Spanish naval officers were already on land, waiting to relieve them of their prize.

El Confidencial Digital was also able to locate one of the military men involved in the recovery and custody of the strange object. Perhaps more willing to speak now than in previous years, the officer reported that the high command at the A Graña submarine base at El Ferrol were ordered to remain silent.

The officer recalls that the unidentified intruder had the approximate size of a Sabre F-86 fighter, widely used at the time. Wingless and with a large rear nozzle, it was made of a yellowish material identified as similar to the “golden paper” seen on Apollo and Gemini spacecraft. El Confidencial Digital consulted experts who advised the journalists that the material is very light and heat resistant.

Strict secrecy requirement imposed on the military men was made extensive to the fishermen who had found the device. It was loaded onto an Army vehicle and escorted to A Graña, where it was stored in a series of large tunnels dug deep into a hillside. Technicians from the Spanish Ejercito del Aire (air force) reported to the Navy base to analyze the object and determine its purpose. They did not take long to find the NASA logo and acronym stamped onto the device’s fuselage. Existence of these tunnels has been proven by Spanish “urban explorers”, who have ventured into elaborate networks of man-made structures under the Meiros Lighthouse.

The UAV, while crude, represented a level of technical sophistication far in excess of any available at the time, and investigators determined that it was a spy device, judging by its sophisticated cameras. The U.S. naval facility at Rota in southern Spain was advised of the discovery, and as one might expect, U.S. military personnel reported to El Ferrol and took the object with them in a military truck. Nothing more was learned of its whereabouts.(http://www.elconfidencialdigital.com/defensa/074515/el-ovni-recuperado-por-la-armada-en-ferrol-en-1966-era-en-realidad-un-prototipo-espia-de-la-nasa-los-detalles-de-un-secreto-militar-silenciado-durante-anos)

Following up on the unusual story, Patricia Hermida, writing for El Correo Gallego, ads that the spy object measured 21 meters in diameter. It was first seen over the piers of the city, before falling into the ocean and being recovered by the trawler Reina María and its crew. “On that strange morning in 1966,” writes Hermida in her article, “a strange object acted as a traffic light in the skies over El Ferrol,” alluding to its yellow, red and green lights.

She writes about eyewitnesses who were not in the least bit shy to tell their story to TVG, the provincial television station of the Galicia region. According to Hermida, the onlookers were adamant about their statements: “The object vanished at high speed toward the fiord, measuring 21 meters in diameter. It flew over Azano and Bazán before vanishing into the sea.” Also interesting is the description offered by the crew of the Reina María fishing trawler, who found the wreckage.

Spain has endured a number of incidents involving the U.S. military, most notably the incident involving the atomic weapon lost at Palomares following the crash of a B-52 Stratofortress, but more recent ones as well.

On Thursday, 2 July 1998, the El País newspaper reported that American spy plane had crashed in the Andalusian town of Barbate in southern Spain. The usual formal denials from the government were put forth, and this was made plain to Willy Meyer, the deputy representing the city of Cadiz and spokesman for the Comisión de Defensa del Congreso (Congressional Defense Committee). On 11 May, Willy Meyer inquired about “the collision of an unmanned vehicle in the vicinity of the town of Barbate’s San Ambrosio neighborhood,” an incident that would have taken place at an unspecified moment in the summer months of 1996.

The Ministry of Defense assured Congressman Meyer that “timely research has been performed by the agencies having competence in the matter” concerning air traffic over the area in question. The agencies in question included the US Navy operations center at the Rota Naval Base. No evidence concerning the crash could be found.

These political assurances did little to assuage the tempers of the residents of San Ambrosio in Barbate, where the putative spy plane crashed. The residents said they had been stunned beyond belief to see two large CH46 helicopters disgorge their full complement of Marines who sanitized the area and later vacated it at top speed without issuing any explanations. Neither the local police nor the Guardia Civil made any efforts to investigate the matter, which would have been forgotten but for the presence of a daring member of the public who, armed with a photo camera, captured the military clean-up operation in full swing. Willie Meyer furnished the photographic evidence to the authorities, stating: “We wonder if at the time there were records of secret military flights authorized over Spanish territory.”