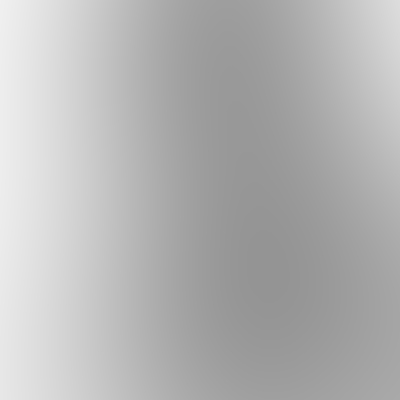 If you missed Part I in this series click here: https://www.ufodigest.com/article/dionisio-lianca-1212

When he woke up shortly after 03:00, he was in the premises of the Sociedad Rural, lying beside some railcars, 10 kilometers away from where his truck was parked. The vehicle was collected by police officers a few hours later.

Dionisio says he got up as best he could and walked along the road, unable to remember his name or the reason that had taken him to that place, until he obtained help from a man – whose identity remains unknown – who led him to the police station.

When he was about to testify, he was barely able to speak. It was perhaps for this reason that the policeman on duty thought he was drunk, and to avoid wasting time in transacting his arrest, set him free instead.

The man who helped him put him back in his car and drove him to the Municipal Hospital. 24 hours went by before he was able to retell the events. The case became widely known thanks to journalists from two Buenos Aires newspapers who were correspondents in our city at the time.

But the story did not end there. As the strange event circulated through the country’s printed media, renowned researcher Fabio Zerpa arrived on the scene, along with reporters from such magazines as “Gente” and correspondents from ufological publications seeking to interview the abductee.

“In 1976, tired of being injected with sodium pentothal – the so-called truth serum – and the problems that remembering the event was causing me, I decided not to appear again,” he says.

His rush to obscurity took him places he never imagined. During the next stage, he spent two and a half years interned in hospitals in Mendoza, Buenos Aires and Rawson. “I was shedding skin all over my body, and my eyes became so red at times I thought I might be going blind. The doctors told me I showed signs of radiation exposure, although worst of all is that I would see the light from the UFO every so often,” he says.

Even today, whenever he washes his hands, he notes that a small puncture they made when they injected him for a second time is still visible. This happened on the craft, while a sort of loudspeaker spoke to him in Spanish, assuring him that no harm would befall him.

He also claims to have a mark on his left eyelid, which becomes more visible when he washes his face and sees himself in the mirror. This was done with a glove that had something like thumb tacks on its surface. “These are details I remembered through hypnotic regression sessions to which I was subjected shortly after the event,” he adds. These sessions were conducted by doctors and psychologists of our own city, and with the participation of Fabio Zerpa.

During these sessions, Llanca said he ascended into the craft on a beam of light. [The object] had only one window, many levers, several monitors and a radio, which aside from speaking in our language, repeated that they were friendly to humans and had come from a secret location. Before releasing him, they promised that they would find him again someday.

He also described a detail that was employed to lend credibility to Zerpa’s research. While he was aboard the UFO, two hoses were deployed from the object: one of them made contact with a puddle and the other with a high-voltage line. Coincidentally or not, the city experienced a major power loss that was felt in various neighborhoods.

Other researchers insisted that the power loss indeed occurred, but was due to a transformer malfunction in [the community of] Ingeniero White. Furthermore, they dismissed the case as one of the greatest hoaxes in history, described Llanca as an unreliable witness, and mentioned that other footprints were found next to the truck. Their conclusion: the man was lying.

“Many things happened over all these years. If I told you about them I’d never end. The fact is that I still find that event disconcerting. In fact, what happened to me during the 25-minute period I remained aboard the craft remains pending, but I was unwilling to participate in any further experiments,” he remarks.

“Well, buddy…” he says, giving to understand that he does not wish to keep talking. Before hanging up, he repeated that in spite of having turned 65 years old, he has still found no meaning or reason for what happened to him, and that it keeps him awake at night.

Top photo description: Drawing of the incident from the APRO files.