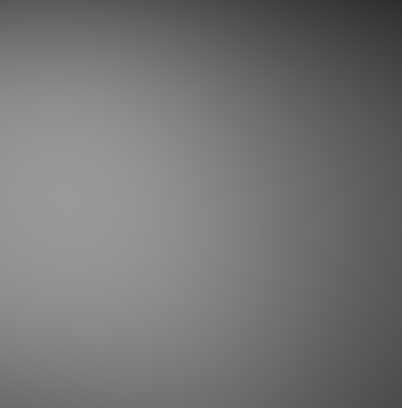 ARGENTINA: We received the following note from contributing editor Guillermo Giménez this morning: “In the Sunday, 8 December 2013 issue of Bahia Blanca’s La Nueva Provincia newspaper appeared a brief but most interesting interview with the protagonist of the incident known as the “Dionisio Llanca Case” which occurred on 28 October 1973 in the vicinity of Bahia Blanca in the province of Buenos Aires, Argentina. A highly interesting incident with worldwide repercussions, one in which the witness claimed having been taken aboard a UFO and analyzed by various beings (two males and a female). Such was the harassment he endured at the hands of journalists and researchers from all over the world that the protagonist vanished completely. It was even said a few years ago that he had passed away. Now, a reporter from the Lanueva.com website managed to find him in a city in Southern Argentina and managed to get this interview, which should be highly significant to the Argentinean and global UFO community. These are the words of Dionisio Llanca today, over 40 years after the event.”

DIONISIO LLANCA CLAIMED HAVING BEEN ABDUCTED BY A UFO

“If it happened again, I wouldn’t tell a soul.”

If what happened to me that night happened again, I wouldn’t tell a soul. It harmed be greatly. I was defamed and exploited. Over the past 40 years I was confined on account of various emotional and health problems in hospitals in Rawson, Mendoza and Buenos Aires,” says Dionisio Llanca, the man who startled the country in 1973 by stating he had been abducted by extraterrestrials.

His story, or at least the part that occurred in the early hours of 28 October of that year, when he claimed having gone into a vessel crewed by three beings from another planet, is known all over the world. There are translations of it into English, Portuguese and French, among other languages, and there are even photos showing him at the time, when he was only 25 years old.

However, most websites dealing with UFOs have an incorrect piece of information: they state that Dionisio died in 1986, when in fact the alleged abductee lives on, trying to keep anyone from learning about his past by living in a southern [Argentinean] city, working for the past 4 years as a service station attendant.

His chosen life in obscurity hampered repeated efforts by “La Nueva Provincia” in contacting him. In fact, many of his relatives didn’t know his whereabouts, or if he was indeed dead. Other relatives mentioned that following the 1973 episode, the man became a sort of nomad.

The fact is that he was barely in touch with one of his siblings over the phone. He scanned his cellphone for a call he’d received from Dionisio some months ago, and after consultations with Dionisio himself, played a role in making contact a possibility.

[Dionisio’s] boss is the only person in his current environment who knows the story, because he has kept it from his friends, co-workers and neighbors.

“Some time ago his daughter read about my case over the Internet and asked me about it. I had to tell them everything, getting them to promise that they wouldn’t tell anyone, because the truth is that I don’t like to remember,” he admits.

What Dionisio doesn’t like to remember is that while changing a flat tire on his truck around 1:30 in the morning that Saturday, on the shoulders of Kilometer 705 of Route 3, two men and a woman, dressed in tight-fitting grey outfits and yellow boots and gloves, appeared out of nowhere beside him.

Their craft was suspended some 7 meters in the air, over some trees that have also survived the test of time. He described it as measuring some 4 meters in diameter, and as silent as the night in the countryside. Before this, he had only noticed a yellow light approaching along the highway.

According to his story, he was paralyzed at that moment, although not by fear – an unknown force kept him from moving at all. He was able to hear the beings talking among themselves in an unfamiliar language until one of them lifted him by the neck while the other pinched his one of his fingers. The last thing he saw was two drops of blood sliding from his index finger to the ground, and the woman’s fixed gaze. He later became unconscious.