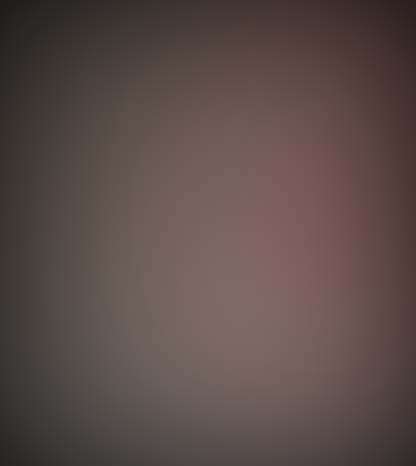 Despite our best efforts, it can be difficult to obtain follow-up material for every single case, especially those that occurred decades ago. A casual reading of the October 1983 issue of UFOPRESS, however, kicked up an article by our friend Alejandro Agostinelli about the Pretzel CE-3 case. The article’s original title: “La incredible y triste historia de la cándida Elodia y de su padre el desalmado” (The Incredible and Sad Story of Fair Elodia and Her Heartless Father ) is a nod to novelist Gabriel García Márquez’s “Eréndira” – To read the original case, please see “Argentina: The 1968 Night Visitor” at http://inexplicata.blogspot.com/2010/06/venturing-into-dark-vaults-of-south.html — SC]

The reason that prompted the UFO-PRESS newsroom to include – in Issue #15 – a report by a psychologist who looked into the study performed by Dr. Oscar A. Galíndez concerning the experience of María Elodia Pretzel in Villa Carlos Paz on 14 June 1968 was the start of an argument between those who claim having found a definitive explanation, and continuing the discussion using new elements as a basis and shedding light on dark spots. A valid allegation in the light of the sterile discourse would be to invite the psychologist – the one who “debunked” the case, to some – and have him re-interview María Elodia and dispel any questions raised by the article. Yes, faithful to the path laid out by Freudian orthodoxy, Lic. Cetrángolo’s steps in the matter were true. María Elodia exclaimed tearfully: “A man!” and it is worth acknowledging that the psychologist’s hypothesis is at least cogent. Until the contrary can be proved, we must entertain the possibility that her exclamation could have been the response to the need for “a man” that may be necessary in the life of a woman in the bloom of adolescence.

But in the meantime, let us see what happened not so long ago with regard to the article in UFO-PRESS and fortunate mobilizing effect it had among certain levels of homegrown ufology.

The fact that anyone should dare question María Elodia Pretzel’s irreversible eyewitness account seemed to unleash the wrath of the editor of a well-known monthly magazine on borderline subjects. Without missing a beat, he sent a correspondent for his magazine to Villa Carlos Paz to see if it was possible to “refute the article appearing in UFO-Press”. The envoy, bewildered by his boss’s deceitful intentions, thought it wouldn’t be a bad idea to interview the witness of a such a classic case in world ufology, which at the time sent a ripple of fear through the Argentinean public.

Upon reaching the “La Cuesta” motel, he was told by the desk clerk how to reach María Elodia’s property. He found the home, disheartened to see that all the blinds were closed. He rang the doorbell and after a while, from the dark interior that could barely been seen through the windows, he heard the distrustful voice of a woman asking who was at the door. The envoy identified himself and, still hesitant, she asked him into the living room. Looking older than her thirty-four years of age, María Elodia apologized for her initial mistrust and told the man that she had to obey her husband’s instructions regarding her safety. Incoherent, contradictory and visibly upset, Ms. Pretzel explained that she had been in poor health ever since that June 14th fifteen years earlier.

The cause for her imbalance lies not so much in the encounter itself but in the disproportionate coverage given to her incredible story, and particularly the mocking treatment she receives from her neighbors. The cosmic affair pursues her wherever she goes much like a scarlet letter on her arm. She reaffirmed the truthfulness of the experience and rejected the untruths put forth by the worst of the townspeople, who have tainted her good name.

The resourceful magazine correspondent later spoke to some local residents and was able to learn the local gossip.

According to the chattering classes, María Elodia had a secret boyfriend who visited her when her father, Pedro Jacobo Pretzel, was away from the motel. On the unhappy evening of June 14th, she received one of these clandestine visits, and her father arrived as her furtive lover fled through a side door. Believing that she would bear the brunt of her father’s jealousy, poor María broke into tears. Seeing how perplexed her father was at the dramatic scene, she dried her tears and made up the story of the galactic superman. We are not alone in distrusting the version of the events put forth by the locals, nor did the chronicler take their arguments seriously. He preferred to stress the sad impression he got from Ms. Pretzel: a woman on the brink of insanity.

The material gathered by the reporter, as one can easily suppose, did not meet the expectations of the unnamed merchant of mystery or defray the cost of sending his correspondent to that location. Therefore, it does not surprise me that none of what has been hitherto stated has appeared in the magazine in question. The brave should never avoid the truth. As Joan Manuel Serrat sang: “The truth is never sad…it just can’t be helped.”

The new information introduced by this article, however, will require a more complete confirmation if we seek to tilt the balance of credibility in one way or another.