UFODigest.com » Aliens and UFOs » Alien Abduction » The Fear Process and What’s Beyond the Initials PTSD 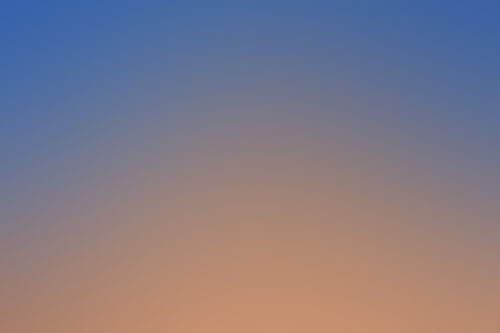 “I must not fear. Fear is the mind-killer. Fear is the little-death that brings total obliteration. I will face my fear. I will permit it to pass over me and through me. And when it has gone past I will turn the inner eye to see its path. Where the fear has gone there will be nothing. Only I will remain.”

For a fuller understanding of how emotions work please read The Logic of Emotion by Ann Fillmore PhD published in Positive Health PH Online Issue 198 Sept 2012:

When you experience intermittent violence, interspersed with attacks on self-esteem, an abrogation of causality and the perception that the perpetrator has good intentions, this brings on very dramatic changes. In such cases as hostage taking and child abuse, the fear-based destructive affiliative bonding can be almost instantaneous.

What is the Fear Process?

The newly invented disorders and syndromes multiply as fast as the psychiatric community discovers that the one does not begin to describe the full complexity of the entire spectrum of fear. Each set of initials overlaps the other; some apply only to men, some to women, some to both and some only to children. Derek Summerfield doubts that any of them are accurate and, I agree, all of them contribute to the medicalization of treatment of trauma. [Lee 2001, Summerfield 2001, 2008.]

Few of these initials address the urge to bond through affiliative behaviours, to procreate and to protect one’s offspring. None of them addresses the power of emotion. Red Skelton was a wonderful slapstick comedian from the 40s and 50s who suffered terrible stage fright, often having to be dragged from his dressing room, where he was puking, to perform. Being a skilled actor he would use the energy of his fear, turning it to excitement and go on to take the stage by storm. Good actors know that emotions are tools which all sentient creatures use as social signals. Each emotion has its own biochemical trigger and can trigger the chemical in a reciprocal fashion.

Fear is actually a higher order emotion ranging from terror / shock to anxiety / fear to thrill / excitement depending on the perceived degree of threat. The Fear Process begins here, with the simple surge of adrenalin.

Remember, infants are born with only two emotions intact: anger (noradrenalin) and joy (endorphins) so they don’t exhibit any of the learned social behaviours of the Fear Process. There is adrenalin in the baby’s physiology so she does exhibit, like all living creatures, the startle reflex. It is one of the first autonomic reflexes in the neonate. It repels away from pain and in the human / primate triggers both a clutching and shock reflex. The first to keep from falling and the latter to freeze in place. Research with primates, including humans, to study fear and the flight or fight sequence are actually eliciting the startle reflex, not the emotion of fear.

In adult prey animals, like antelope, being startled does produces the urge to fight or flee, whereas infants freeze. The emotion – yes, all higher order creatures have emotions – of fear though, just as with predatory animals, can bring any number of learned reactions depending on which part of the Fear Process is triggered. A prey animal, like a cow, who feels safe when the fear / excitement strikes will become curious and approach the stimuli. (see the video: Jazz for Cows (www.youtube-nocookie.com/embed/lXKDu6cdXLI?rel=0 )

Fear as excitement is sought after as the social behaviour of playing. Think: riding a rollercoaster or being teased into accompanying friends into a dark cemetery to find ghosts. Sometimes play slips into fight (a game of football), which is where the primal emotion of anger (noradrenalin) reasserts. With both prey and predator, the interactions of adrenalin and noradrenalin are highly species/ culturally determined. Understanding the social construction of fear behaviours will give us dramatic insight once we arrive at the creation of the initials.

With the startle reflex – in a car accident – you may come away with bad memories, but no symptoms of PTSD. If you’re trapped in the car, other cars around you are burning and the emergency crews are struggling to get you free, then because you are inundated by the emotion of fear / terror you could well develop PTSD.

But to acquire the Stockholm or Battered Spouse syndrome, you need to be in a situation of extended counterfeit nurturing and destructive affiliative bonding. This is the next level of the fear process.

Affiliative bonding behaviours are brought on by the third innate emotion: shame-guilt-empathy which appears at around 18 months in human youngsters. All social animals must be able to feel guilt; that is to be shamed, in order to belong to a family and tribe. To instill in the youngster the sensation of empathy for their caretakers, the mother wolf strictly rebukes her pups, the healthy human mother scolds her little one to keep it safe and close. Quickly afterward, Mom might groom the babe which produces oxytocin in both mother and child and thereby empathy. All one nurturing process : feeding and mutual feeding, touch and grooming, social contact and teaching.

With human caretakers, there is also the implicit threat of loss. The more unpredictable the nurturing, the more the infant withdraws to the point of failure to thrive, then death. With toddlers, they respond with crying, clinging and startling. (Hyman and Browne, 1979.)

Adults respond to fear of loss as powerfully as do infants. The shame / guilt emotion produces social affiliative behaviours. First, the family; second, a tribe or community. The child cannot survive without parents who cannot function well without a social group for protection. In fact, the threat of isolation can be very potent in a tribal setting.

Only humans will use nurturing and affiliative behaviours destructively. Such use is learned. (I recommend watching a movie called: Mommie Dearest. If you make it through the coat hanger scene, you are a brave soul). For example, when a mother becomes enraged while (grooming) combing the girl’s hair and beats her with the brush, this is counterfeit nurturing. Such confused nurturing makes humans behave in ways that are totally contrary to what is in their best interest as a species In fact, when applied rigorously, counterfeit nurturing can cause individual and group suicide. Religious cults and the military use it to indoctrinate individuals.

This produces what is called charismatic bonding and it’s been well studied. (Margaret Sanger) If the individual leaves the group, he / she goes through fierce withdrawal symptoms:

Before we consider the best means of treatment for trauma and destructive nurturing, let’s return to the initials.

On August 26 the police drilled a hole into the main vault from the apartment above.
This was the hole from which the picture of the hostages and Olofsson was taken. …

August, 1973 in Stockholm, Jan-Erik Olsson, a newly released convict, tried to hold up a bank. But the police surrounded the building. ‘Janne’ Olsson forced four employees into a vault and the hostage stand-off began. Everything that could go wrong did so brilliantly. The police even allowed a really bad actor named Clark Olofsson to join the group. For six long days the hot, miserable stand-off continued and finally the police dropped gas through a hole drilled in the ceiling of the vault, where the hostages had been tied to the wall, and knocked everyone out before sending in the rescue team.

To everyone’s astonishment the four hostages supported Janne Olsson at his trial, especially Kristin Enmark who testified on his behalf. When asked why, she responded, “He gave me my life.” All four stated that they were more afraid of the police than their captors. Nils Bejerot, a criminologist, coined the name Stockholm Syndrome. He had no intention of making the syndrome into a disorder but with them, a new disorder was born.

On February 4, 1974, Patty Hearst was kidnapped by the notorious SLA terrorists. Only about 5′ tall, she was locked in a closet for 52 days, to be taken out only to use the loo – and to be raped. Despite all evidence pointing to her forced cooperation with her captors, one FBI agent gave expert witness that she was a spoiled rich kid out for adventure and she spent a year in jail before her father’s influence got her released on parole. To this day she is terrified of the still jailed SLA members. [Brook]

Now we arrive at the most famous of the new inventions and the first to be put in the medical code books.

Soldiers returning from Vietnam were exhibiting what in WWI was called shell shock and in WWII combat exhaustion. But Vietnam veterans had symptoms that went beyond war experiences. Because of the milieu of the times, these vets were dismissed as acting-out and unstable, and if given treatment, were often doped up on as many as 40 medications at a time. Finally, under tremendous pressure from anti-war psychiatrists, in 1980, a ‘rag-tag list of symptoms was cobbled together’ [Young], labelled Post Traumatic Stress Syndrome (PTSS) and added to the DSM III codebook as a mental illness. For the first time in medical history, a list of symptoms was sanctioned as an illness.

The recommended medical / psychiatric treatment still uses pharmaceutical overwhelm, primarily SSRIs. (Mayo Clinic), the new drugs which came along the same time as PTSD. They are touted as ‘fixing an imbalance’ in the brain, as well as stopping REM (nightmares) and other claims. What wasn’t advertised was that they performed no better than sugar pills when tested in well-regulated trials. Plus during withdrawal from the drugs, there were heightened suicidal tendencies.

Vietnam veterans have never found real treatment. Then came Iraq. At least now some of the physical symptoms such as TBI (traumatic brain injury) are being taken seriously, although not so much the accompanying inner ear damage and exposure to toxins like depleted uranium.

Women couldn’t have PTSD until the early 90s. This despite the seminal work of Lenore Walker, PhD in the ‘80’s who wrote the Battered Wife Syndrome, mostly as a legal defence for women who finally struck back. Much of my work in the 80s which demonstrated the similarity of battered women to hostages was neglected. (Fillmore). Battered Women Syndrome has been, reluctantly, subsumed into PTSD (Dutton). But almost without fail, psychiatrists diagnose actual PTSD in women only due to sexual assault. This includes women combat veterans. In consequence, supposedly women are more susceptible than men to PTSD, (Downs, Miller, Ellwood) while other terms are applied to women’s complaints: Bi-polar, anxiety (read: hysteria), and so on. You might like to see a paragraph from a recent online article concerning the use of ecstasy to assist therapy for PTSD sufferers: “These long-term results were primarily in women who suffered from chronic PTSD as a result of sexual assault and abuse,”” explained Brad Burge, Director of Communications for MAPS. “Our ongoing study in South Carolina is now looking at whether we can achieve such dramatic improvements in veterans…” [Buczynski]