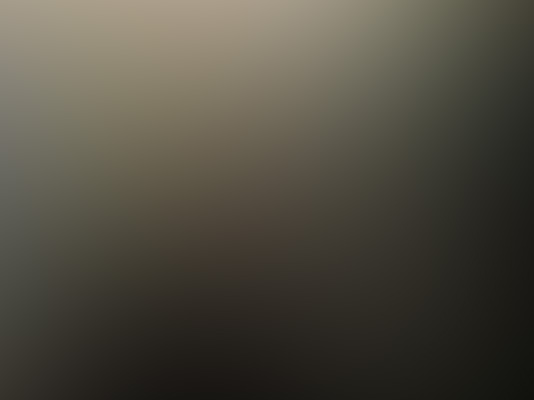 Nor are cultural and societal traumas taken into account. Derek Summerfield rightfully criticizes PTSD on this issue. How could distributing anti-depressants to starving refugees or the victims of Haiti’s earthquake be other than absurd, even obscene?

Let’s look at some new research by Taylor et al showing how females react to stress much differently than males. Taylor and her women associates found that almost all the rat stress/ fear tests were done with male rats and (paraphrasing) – the male flight or flight response is characterized by the release of vasopressin … although structurally similar to oxytocin, vasopressin increases aggression in males due to the surge in testosterone. Whereas female rats use affiliative behaviours to seek protection for themselves and their babies, and to recover from the stress. Taylor, et al propose the theory of tend and befriend.[Taylor et al, 2002] An interesting addendum: go check out the disparaging remarks by Wikipedia and male researchers about Taylor’s group’s work.

Recently, Judith Herman, who has worked in the field since the beginning, recently coined the term Complex PTSD to try and encompass the symptoms not covered by the original invention. An Australian psychiatrist has elaborated this with: Traumatic Entrapment, Appeasement and Complex PTSD: Evolutionary perspectives of hostage reaction, domestic abuse and the Stockholm syndrome. [Price 2008.] Generally, complexity seems to mean more of the same with no understanding of the fear process.

We are now going where all academic researchers fear to go, except for Dr Mack of Harvard University … to UFO abductees. Because an abductee’s experiences often must be recalled under hypnosis (not always!), validity was the first issue. So many abductees have willingly been rigorously tested. The most recent, 2010, study used a questionnaire, the Omega 3, composed of ten investigative surveys, from personality tests to childhood trauma assessments, and even a Kundalini scale.

Of course, one of the included surveys was to determine if abductees were crazy or overly fantasy prone. Neither is the case. [LeLieuvre, Ring] Abductees have had difficult, if not traumatic childhoods. They are able to dissociate skillfully, but they are also strikingly pragmatic in their approach to life and highly sensitive to environmental issues. They are remarkably compassionate folk.

Brain scans demonstrate clearly that abductees really have had hostage-style experiences even if they don’t fully remember them. Their tested physiological and emotional responses during hypnotic or real-time recall have proven this. [Ring] Their dreams are taken seriously as are their physical ailments. [Mack] And they have dramatically similar outcomes from their experiences: a strong belief in the evolution of humans, the possibility of ET life and the need for preservation of the welfare of our planet. [LeLieuvre]

Overall, the clinicians and therapists who work with abductees have the utmost respect for them. Men and women are treated equally. Several excellent support groups exist, one online: OPUS – Organization for Paranormal Understanding and Support. The one difference with abductees is that their hostage situation continues, unpredictably.

The only reason you are syndromed and disordered is because you’re confused. You’ve not been made aware you were like Luke Skywalker, thrust onto a quest, but without an Obe Wan Kanobe to give you the skills to handle the emotional and spiritual challenges. A quest which in many cases went terribly wrong. Because of the continuous triggering of your startle reflex, over and over, and the inundation by the dark side of the fear process, you faced anxiety, terror and shock with no remittance. Your body and mind are still trying to make sense of what happened to you. You are reacting as if you are still being challenged..

So first and foremost, before you start on any repair work, you must have a safe environment. Soldiers, abused children, battered spouses – it is imperative you feel secure from further harm until you have acquired the emotional and spiritual skills to deal with the blows even ‘normal’ life events throw at you. For example, financial security. Which in our present climate is almost wishful thinking.

Thus growing beyond the effects of the fear process, which includes withdrawal from traumatic bonding, is the real challenge. Both the war veteran and the battered spouse, or the abused child must be able to recognize and then inoculate themselves against further counterfeit nurturing behaviours. Withdrawal can be heart wrenching, even dangerous.

If you choose a treatment path, find a facility (example: Morningside in California) which does not emphasize drugs, but rather talk therapy and a range of emotional and physical change programs such as CBT, Exposure and Adventure Therapy, Tai Chi, meditation skills and EMDR. Such programs are fantastic, but – at least in the US – are very expensive and rarely covered by insurance.

For an individual who wishes to begin a regimen of withdrawal and change in the safety of his or her home, the best place to begin is with WREMS (http://wakingrem.com ). It is not wise to start meditation, or even yoga, until you’ve learned how to clear flashbacks and recall episodes, emotional trauma and memories because you will only end up crying or re-experiencing. With WREMS, you can clear all the old stuff out. It’s not instant, but it’s fast. One bit of advice: be ready for the shift to happen because you’ll also start cleaning house and throwing stuff away and this may be upsetting to your relatives and friends. Plus, you’ll quickly start – how to put it? You’ll not tolerate other folk’s emotional games any more. Not to worry, WREMS is a skill you learn and although it is part of your further quest, it’s not rocket science.

Then the spiritual damage must be addressed. [Silver] Don’t freak – this is simply another hill to climb on the path, not some magical ring you have to deliver to the mountain. Now you should learn meditation arts and I highly recommend The Buddhist Method [Ruder], mostly because above all there is the emphasis of compassion and understanding, of you, for you and by you.

The Buddhist method also gives you the essential support group. Although just a gathering of like folk will serve as good mood lifters. Again – warning, don’t fall back into the fear process. You have become inoculated to bad nurturing behaviours so you should almost instantly be attuned to any person or group which tries to convert you and suck you back into the bad stuff again. This is a lot like quitting alcohol. For battered spouses this is desperately vital. Trust your improved instinct and retreat quickly.

There are body – physical issues you must address. Body has memory. As tough as it is, because we so like our old diet, begin eating carefully. Avoid preservatives, GMOs and toxins, see if you have a sensitivity to gluten – remember, compassion – treat your body with concern. For exercise, anything that gets you moving is good. Tai Chi is excellent, martial arts like Aikido is good. Taking the dogs for a run or a horseback ride to feel the power is super good. Being around animals probably should be put up in the spiritual healing section!

Also, anyone with a brain injury – and I would say virtually ALL returning vets have some level of TBI and thus, inner-ear damage (read: Coping with Vestibular Trauma, Fillmore), you have become susceptible to vertigo and even panic attacks. Plus, you are far more sensitive to electromagnetic energy. Get rid of the Smart Meter on your residence. Notice how you feel if you’re in front of the computer too long. High EMF environments like electronic departments at WalMart will send you through the ceiling. On heavy chem-trail/ HAARP days, when the Geoengineering going on overhead is maxed out, you’ll feel frightful. And I mean that – the fear stuff could all come flooding back. Learn to look at the sky and even check radar to see what’s coming.

To rescue yourself when the fear hits, maybe learn some of Tibetan chants by Deval Premal. Change that fear to excitement. Become calm. Hint: To test if the fear or anger is something real, or something caused by your environment, do a quick round of eye movements with the WREMS. If nothing comes up, the triggers are coming from outside you.

Back to the quest. Because once started, regardless of how you began it, you must continue. If you do not continue forward, you begin to feel crazy and disordered. Imagine Luke Skywalker after 3PO has gone off to find Obe Wan and you, Luke, wanting only to find that important robot, are standing on the sand dune of Tatooine as the suns drop behind the horizon. It’s that kind of moment. In the depth of your soul, you realize your life has irrevocably changed. [Campbell] You cannot go back. Your eyes have been opened and the truth is out there.

Miller, Greg. A Marker for PTSD in Women? Feb 2011 http://news.sciencemag.org/sciencenow/2011/02/a-marker-for-ptsd-in-women.html?etoc

Sanger, Margaret. Lalich, J. Cults in our Midst: The Hidden menace in Our Everyday Lives. Jossey-Bass. 1996.

Summerfield, Derek. The Invention of PTSD and the Social Usefulness of a Psychiatric Category. British Medical Journal. Jan 2001

Summerfield, Derek. How scientifically valid is the knowledge base of global mental health? www.psychiatry.freeuk.com/DSummerfield.pdf Jan 2008.

The photo of the hostages and Erik ‘Janne’ Olsson was picked up by the newspaper Dagbladet during the event – probably handed over to them by the police. The photo was taken by the police (dropped into the vault thru a hole drilled in the ceiling.

…”The drama went on. On August 26 the police drilled a hole into the main vault from the apartment above. This was the hole from which the picture of the hostage and Olofsson was taken. …”