UFODigest.com » Aliens and UFOs » THE IMPACT OF UFO DISCLOSURE

So here I sit at 37,000 feet breathing recycled air for the ninth time in three months pondering my existence upon this blue sphere and what precisely I am doing here. I’ve come to two immediate conclusions: the first is that I haven’t the foggiest idea and the second is that maybe my purpose is to bring some level of awareness to people about the existence of extraterrestrials and its ultimate impact upon humanity as we know it. Peering out at these crimson tinted cloud tops I imagine a massive UFO silently slipping across the expanse beneath this plane in my minds eye and nobody else on this plane giving even the slightest care in the world about it. I can see the mentally preoccupied CFO in business class catch it out of the corner of his eye and think to himself “that`ll make a great tweet when I land…” Sometimes I wonder if anyone still cares about full disclosure of the ET reality anymore?
Personally, I would like to believe its still on our collective bucket lists, as a society, but it seems more and more that’s no longer the case. Given the choice most people would pick a new iPad over the revelation that we’re not alone in the universe. Have we lost the way or have we all just become so complacent that we truly don’t care as much as we should about this topic? Mainstream news has denigrated and demeaned the topic of Ufology to the point of being no different than a face eating cannibal in Miami or a water skiing bulldog in Michigan. Its fringe entertainment meant only to be consumed in bite sized increments, listed under the tagline odd news, filler for the gaps between senators tweeting photos of their junk to the world and drunk celebs punching the paparazzi — you know, the real news.
A number of years ago during a trip to the Galapagos I met an extraordinary individual and we became lifelong friends. He was a retired air force pilot and ex Vietnam POW who spent a number of years in that most famous of all hotels. Once he opened up about his experience I was able to bring up exceedingly more fringe topics with him, including UFOs. When he returned to the US the military basically said to him, you can do whatever you want in the air force, just tell us what that is and we’ll make it happen for you. 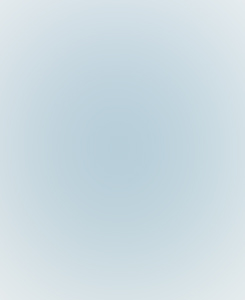 “I want to work on Project Bluebook.” was his answer.
Their response, “Anything but that.”
So he became a flight instructor and, just like that, left his curiosity of the whole UFO topic behind him. The way he put it was that you don’t ask questions, you don’t open that door again because it’s closed. Move along, there’s nothing to see here. He said the last thing they want is for any of it to really get out of the bag, and what does get out is usually allowed out for some specific reason. He went on to have several incredible UFO-related experiences in his career as a pilot, but I can’t go into that here, nor is that the point of this article.
Article continues here: http://theobjectreport.blogspot.ca/2013/12/on-impact-of-coming-disclosure.html

Most recent posts by Agent K

All posts by Agent K