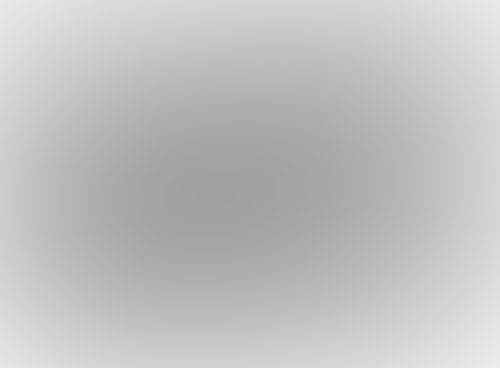 The gold of King Solomon is perhaps the greatest lost treasure in history. A mountain of gold was supposedly taken from the fabulous mines of Solomon, who constructed the first temple of Israel out of gold from the land of Ophir.

Several explorers have gone on epic journeys in search of the lost gold of King Solomon, “sailing across the Red Sea, plunging down Zimbabwean gold mines, and traveling deep into the Ethiopian Bush.”

“History records that the first European to come to Solomon Islands, Alvaro De Mendana, in 1568 gave the archipelago its name because he believed this area of the South Pacific was where King Solomon got the gold he used to build the Temple of Jerusalem.” (Alison Ofotalau, “The search for King Solomon’s gold continues in his namesake Islands,” blogs.worldbank.org)

According to the Bible, the sources of King Solomon’s legendary wealth were the gold mines located in the mysterious land of Ophir. Yet what the Scriptures don’t tell us is where Ophir might be found today. And we still don’t know where Solomon finally stored his legendary gold; they say it was deposited in the first temple.

Abyssos (bottomless, abyss, pit): “There was a temple of Kore or Persephone, which guarded much gold from all ages and kept it sacred. In this temple there was a certain pit of gold, unseen by the many because hidden under ground.”   – Suidas

Suidas was a Byzantine lexicographer who in the 10th century A.D. wrote that he had reason to believe the ancient myth of Abyssos was based on an actual place. The name Suidas may in fact stem from an error made by Eustathius, who mistook the title of the lexicon Suda, meaning fortress or stronghold, for the proper name of the author. According to the lexicon, the abyssos was not just an idiom for the bottom of the sea, but a certain pit of gold hidden underground in an unknown location where “much gold from all ages” was guarded by the followers of Kore or Persephone. ;

Today, historians know exactly where the most important treasury of the ancient Greek world was located. It was on the small rocky islet of Delos, almost touching the western tip of Mykonos. First called Ortygia (Quail Island), the islet rose from the sea according to myths and later received its new name Delos, which means revealed or brought to light. It is part of a small group of Aegean islands that took the name Cyclades, from the Greek “cyclos” (circle) because the islands form a circle around Delos, observed as the jewel in the crown of the archipelago.

The Ionians managed to develop the island into a powerful commercial and spiritual center (7th century B.C.). At the end of the 7th century B.C. a great terrace of marble lions was set up on Delos. The Delian League was inaugurated in 477 B.C. as an alliance against Persia. At its founding, the treasury was located on Delos, the ancient equivalent of Fort Knox with “much gold from all ages.” During the 5th century B.C., the Athenians organized what they called a purification law for the island, forbidding the burials of the dead on it.

In 1912 archeologists discovered the ruins of a Jewish synagogue on Delos thought to date from the first century B.C. Found in the ruins was a stone chair (mentioned in Matt 23:2). This seat, sometimes referred to as the Seat of Moses, was probably used by the leader of the synagogue.

With this institution, the lion of Delos also acquired a biblical meaning: “The Lion of the tribe of Judah” (Rev 5:5). It represented the union of two religious trends: the Indo-European Zeus-Dias and the Semitic Jeu-Daea (Judea), converging into a subconscious archetype. The Seder plate of David would soon become the tryblion seal of a Hellenic abyss.

Modern historians like Gershom Scholem have protested that early Church leaders downplayed several Hebrew-Hellenic links and instead emphasized the Persian (or Iranian) influences on Judaism. What would our world be like today if the Roman Emperor Theodosius had not banned the Ancient Olympics and had not made Classical Greece “illegal” in order to establish Christianity as a state religion?

Perhaps the secret can be found on the isle of Solomon’s gold. The discovery of a Jewish synagogue at the magnificent treasury of Delos not only sheds light on lost Israelite gold. It also suggests that the “Golden Age of Hellenism” was to some extent paid for with King Solomon’s gold.

Delos was regarded as the birthplace of Apollo, the god of light, and his twin sister Artemis, and provided with the most magnificent sanctuaries. It became the most important commercial and maritime center in the Mediterranean. Amazing temples and statues graced Delos, also called the “Sacred Island.” Among its wonders was the Minoan Fountain, a public well hewn in the rock and identified by a relief bearing a dedication to “Minoan Nymphs.” Delos also had a marble theater that could accommodate over 5,000 spectators, and many other imposing structures, including the House of Cleopatra and Dioscourides.

King Solomon in the Bible was also partial to exotic feminine deities, signifying that he was perhaps a follower of the Kore or Persephone cults. In 1 Kings 10:14, Solomon received 666 talents of gold per year. “Commentators are divided as to whether this represents an annual income, or the income of one particular year.”

Nebuchadnezzar II of Babylon destroyed Solomon’s Temple, also known as the First Temple, after the Siege of Jerusalem of 587 B.C. There is no direct archaeological evidence for the existence of Solomon’s Temple, where his magnificent gold was supposedly stored.

The Older Parthenon (or Pre-Parthenon) was the first Greek attempt to build a sanctuary for a feminine divinity on the acropolis of Athens. The Old Parthenon was still under construction when the Persians sacked the city in 480 B.C. and razed the acropolis. The existence of the proto-Parthenon was known from Herodotus. It is repeatedly told by Freemasons that government buildings in Washington D.C. were modeled after Solomon’s temple. But that city’s buildings do not imitate Iranian architecture. They are copies of the Parthenon.

The Seat of Moses found in the Jewish synagogue at Delos is linked to the biblical mercy seat and perhaps to the “Siege Perilous” of some early Grail legends. It was the place of authority to teach the Law of Moses, and also a judgment seat for redressing community wrongs or grievances to the leaders of the synagogue (“There is one that accuses you, even Moses, in whom you trust.” – John 5:45).

The mystical island to which the Holy Grail is brought in the Arthurian legend is called Sarras (a distinction historically kept for the Aegean group of islands). “Saracens” was a Greek designation for Arabs or Muslims who conquered the Eastern Mediterranean after the fall of Rome.

In the Lancelot-Grail Cycle, Joseph of Arimathea and his followers visit the sacred island, located somewhere north of the Nile and East of Rome, on their way to Britain. The knights Galahad, Percival, and Bors later return the Grail to Sarras aboard Solomon’s ship. The name Siege Perilous (fatal seat) was first introduced (c.1200) in Boron’s Joseph d’Arimathie. It was the seat from Sarras Island, according to some previous folklore, that would be specially reserved for the true knight (Sir Galahad) at the Round Table. Once, one of Joseph’s followers named Moses thought to seat himself at the Siege Perilous without being worthy of esteem, but was hurled into the abyss. The Seat of Moses discovered in Delos perhaps belongs to the Sarras Island – Siege Perilous tradition.

Under the control of Rome, the treasure island of Delos was reduced to a low rank, its golden memories mostly looted by pirates, until it finally became uninhabitable. The plundered gold was in all likelihood divided between Rome (the Vatican) and the Ottoman Empire. The Ottoman Empire (sultan’s authority) initially buckled in 1913. The central banking system of the United States (or Federal Reserve System) was created in 1913. 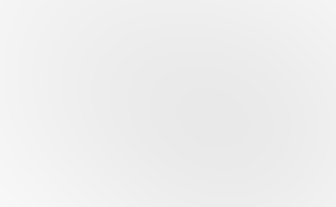 In his 1883 adventure novel “Treasure Island,” author Robert Louis Stevenson gave his readers a hint of gold located “ten o’clock” from Israel Hands, the name of an 18th-century pirate.

If the early Church had not purged important Hebrew-Hellenic associations, perhaps the Wisdom of Solomon would today shine greater than that of his biographers. The present-day monotheistic notion of a solitary God – or a lone mystical being without a mate or partner of equivalent rank to communicate with – is not automatically comprehended as a good thing any longer. It is more of a religious affliction set aside for some Persian demon, backward and inhumane. (It’s a crime to house the mentally ill in solitary.) Moneymaking bullying in opposition to Hellenism is nothing more than a sneaky form of antisemitism.

As luck would have it, gold was not universally recognized for its financially viable importance. The Spanish conquistadors were mainly interested in the excess of gold in the Aztec empire. But the Aztecs put no real value on gold. Tribes across the American continent used seashells as currency.

Today the “Bitcoin” is the world’s first digital like-cash currency. Bitcoins are exchanged peer-to-peer just like cash, but they are “space-time storage elements” measured in bytes. Bitcoins exist as one-dimensional strings of information; they only have length. 500 gigabytes for a new dress. The Bitcoin is becoming recognized as commodity money in the same way that gold and silver are recognized as money.