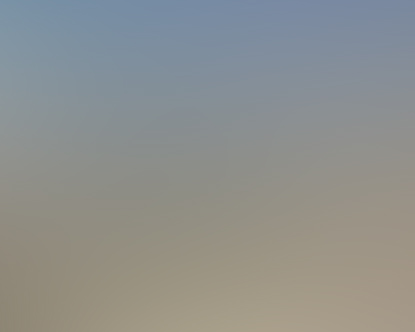 There are some incredible stories, and this is one of them. So incredible that not even I believe it, but the facts are there and I am not going to change them, no matter how skeptical one may be.

The start of this story kicked off – as a sort of byproduct of terror – of an equally incredible story: the death of a young woman in what the Catholic Church described as demonic possession.

And I believe it in the sum total of the fantastic, despite the fact that I myself have photographed beings of light, flying low over the mountains that enclose the northeastern section of Santiago de Chile. The scene of the events is the town of Juanita Aguirre, whose northern border is Huechuraba Street, running parallel to the Americo Vespucio Beltway, running along the edges of a string of hills in which the word fantasy is paltry when it comes to describing what goes on in those hills. Reporting on the case of the possessed girl, I heard the story about a man-bird, something I’d read about in stories from the last century in London and in the 1950s in the United States. I’d never heard about it in Chile. Perhaps one could find a certain, albeit distant, kinship with the Chupacabras, which we made known in our earlier edition.

But this matter of the flying man was something new to me, at least in the town of Juanita Aguirre. The fact is that I published the story and was about to forget all about it when a second person involved in the case of the possession victim told me a similar story several months later. That’s when the subject fluttered around in my head, but not going beyond that.

Things took a different turn in February of this year: a young bank employee was rendered speechless for 15 minutes after seeing a white, transparent and gleaming fly over his head at no more than ten meters in the air…this happened right beside my house.

It was then that I dusted off the previous stories, made some investigations and reached the conclusion that while the hills are the scenario for some unquestionably extraterrestrial reality, a mystery as old as UFOs surrounds Juanita Aguirre, one which I find deserving of in-depth research by a scientific organization and by some self-appointed “researchers” who only tarnish enigmas of this caliber, causing men of science to flee in the opposite direction, fearful of being mistaken with the clumsy tomfoolery that has surrounded the deepest mystery challenging humankind, due to the abundance of charlatans bestowing degrees upon themselves that no one conferred. 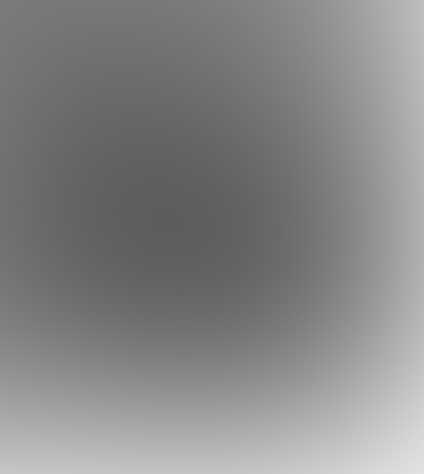 What is curious is that while no one publishes these stories in a serious manner, no one speaks out, no one recalls a thing. All it takes is for the event to come to light for people to lose their fear of ridicule and the journalist is literally smothered with new disclosures.

The first time I heard of the flying man in the town of Juanita Aguirre was during an interview with Luis.

From this interview I reproduce the section corresponding to the man-bird:

“When the Holy Father visited Chile, I was assigned by my work to the city of Puerto Montt, where I remained for fifteen days. During my stay, I got in touch with a friend of the Institution to which I belonged, asking him to check in on my family every so often, whenever he could, to see if they needed anything. I still didn’t have a phone at the time. One night, my friend came to my house and since my wife had already gone to bed, they spoke through the window. My eldest daughter was also present.”

“They discussed my posting to the south and my friend asked she needed anything or if she had any messages to give me. Should anything happen, my colleague told her, tell me immediately and I’ll relay to Lucho down in Puerto Montt.”

“Right in the middle of the conversation, my friend turned around suddenly, prompted by that sixth sense people have, and he saw something very strange on top of a tree in my back yard. He told my wife: ‘Nancy, look at the huge bird in the tree!’ A gigantic, black bird, so large that my friend told my wife: ‘Nancy, lock everything up and go to bed!’. He got in his car and went home immediately. Upon arriving, he told his wife everything that had happened, and then went to bed disturbed by what he’d seen.”

“He told me everything later, and my wife corroborated it. It was an immense creature, gigantic, black. When my wife told me the story, which my friend had already told me, I tried to calm her down and give her some courage, but she was never able to forget that terrifying sight.”

Ms. Lucía, a tarot card reader, told me about a man-bird she’d seen in broad daylight while she was out with her husband. In this second account, which came up without any mention of the event of the previous day during the interview, she told me that man-bird situation went far beyond popular imagination. It is very hard to think that people confabulate to make up stories to ensnare unwary journalists, especially when the unwary journalist has taken hundreds of photos of the lights prowling the hills and which you can see as an accompaniment to this report.

“In November 1993 we were in the backyard of our home and there was something like a condor directly above us, its wings outstretched. It began to glide over us in circles. Then the bird flew up, very quickly. It’s the strangest thing that’s happened to us.”

Q: At what time did this happen?

Q: Are you aware of condors, or have you at least seen them at the zoo?

A: Of course…I do know them!

Q: Was it the size of a condor or larger?

A: I would say larger. It looked enormous, despite the altitude. It caught our attention, because the bird did glide around for a long time, true, but it always kept its wings outstretched. Suddenly, it took off at an incredible speed.”

A: No. I would say not. It was a black bird, one that was able to glide for a long time with outstretched wings, but at some point it has to make a certain movement to remain airborne. What we saw didn’t do that at any time.

Q: In other words, it might not have been a bird.

A: I sincerely think that it could have been anything but a bird. I didn’t think so for a minute and I discussed it with my husband. I told him: ‘Unless I’m mistaken, some extraterrestrials paid us a visit then took off.”

Q: Did anyone else see it.

Q: How long was it over your house?

A: It was over us! We were standing in the middle of the back yard, toward the rear, where the grassy part is. The weather was clear and it was a weekend. My husband was home.

Q: It didn’t land on any trees?

A: Not at all. The only thing it did was fly circles up there.

Well, up that point it was a second story about man-birds and nothing more. But now I had two such stories.

One day I spoke to a local businessman who sells vegetables to the town. Showing me a copy of the magazine in which the story about the possessed girl was published, he told me: “That giant black bird is an old story here in Juanita Aguirre. Many have seen it. I myself have seen it on top of the tree facing my business.” I took the anecdote in stride and placed it in my box of unconfirmed oddities.

Two sisters – nubile young girls – live beside my house. And of course, one of them was someone’s girlfriend (now wife). One day I heard about something incredible, something along the lines of an exaggeration, as the reporter who collects stories about man-birds has had one of them walk across his roof. But more in step with the beings of light that haunt the nearby hills and not the black birds that frighten us by day and night (that’s a relief!).

The protagonist of the story is the lucky boyfriend of one of my neighbor girls. I barely know him. The following interview took place thanks to his “future father-in-law”:

Q: Do you have any objections to telling me the story and giving me your name?

Q: When and at what time did this event occur?

A: More or less in late January 1996, on a Friday, around ten o’clock in the evening. I was in my girlfriend’s house at Pasaje Ferrada, near Huechuraba, in the town of Juanita Aguirre. I was in the back yard with my girlfriend and my sister-in-law (to be).”

Q: Did they see the phenomenon?

A: No, they didn’t see it, because their backs were facing what happened. I was facing them, looking northward, and they were facing me. Therefore this happened behind them. “This thing” emerged as if from the rooftops of the houses across the street, crossed the entire sector and landed on the tree behind the house where I was.”

Q: What distance do you think this “thing” covered, in a straight line?

A: A good number of meters. I saw it fly between one hundred and two hundred meters, maximum.

Mario goes over his memories and with the journalist, calculates the segment covered by the extraordinary vision in the observer’s visual field. They agree that the flight of the glowing being was no more than 80 meters before vanishing.

Q: Now please describe it as best you can.

A: I’ll never forget it. From the start, it looked like a person, not a bird, no way. I suppose it was a bird, due to the size. It was dressed in white, like a sort of tunic. And it didn’t beat its wings, didn’t move anything at all.”

Q: You said “didn’t beat its wings.” Did it have wings?

A: No. But it was as though it had some…well, one supposes it had wings if it was flying, but a person doesn’t fly. And I’m sure it was a person.

Q: You think it wore a tunic?

A: One imagines it was a tunic.