UFODigest.com » Aliens and UFOs » The Man Who Woke Up on a Rock – A Thousand Feet in the Air 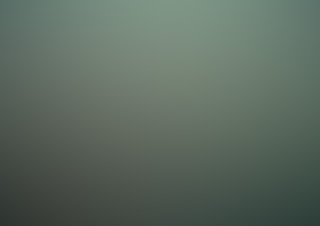 [Our friend and colleague Paulo R. Poian has called our attention to this bit of undeniable high-strangeness from 2008 in Brazil’s Espiritu Santo province. No UFOs were present. Could a hapless stoneworker been teleported to a rocky summit by those reckless entities we know as the djinn? Perhaps we’ll never know – SC]

BRAZIL: The protagonist of this story was rescued by firefighters. No UFOs were reported in the region and the episode was described as a “strange form of somnambulism”.

The event took place in the Brazilian state of Espiritu Santo: “A mystery is perplexing the residents of Bananalzinho in the municipality of Rio Bananal. Odair José Berti, 35, a stonecutter, does not know how he wound up on top of a rock some 980 feet in the air – remaining on this precarious perch for some 17 hours. He was rescued by firefighters during a hazardous operation that took 12 hours and ended early yesterday morning. Even experienced firefighters like sergeants José Ailton and Caldeira could not find a logical explanation for the bizarre episode.

According to the rescuers, reaching the top of the rock poses considerable difficulty, even using proper gear. It would be virtually impossible for local residents to make a successful ascent without the proper mountaineering equipment.

“Only God knows how he got there,” remarked Claudecir Berti, the stonecutter’s nephew. Odair himself was terrified by the situation. He lives in the town of Colatina and had decided to take a walk over to his brother’s house in Bananalzinho, where he arrived late on Wednesday.

“I was very tired,” he told his relatives, and fell asleep early.

Upon awakening the next day – according to his story – he was greatly shocked to find himself on top of a rocky summit. In desperation, he started to scream, waving his shirt, until a local resident took notice. When he was rescued, the stonecutter was found wearing shorts, a shirt and carpet slippers, and didn’t have a scratch on his body, as the rescuers would testify. He was in weakened condition, however, due to thirst and hunger. Mr. Berti was treated at the local hospital and released.

The rescue mission involved a team of four firefighters, who were driven to the site at around 1:40 in the afternoon. Upon realizing the seriousness of the situation, they took a helicopter belonging to the state government. However, the flying vehicle was not rated for nocturnal operations, so the rescuers decided to attempt a climb using rappelling techniques. Aided by local residents, they took over an hour to reach the best-suited area for an ascent.

The operation lasted about an hour. During the descent, two firefighters became lost and only managed to find their way out with the help of some locals. During the climb, Sgt. Jose Ailton experienced several foot injuries.

The stonecutter’s relatives insist that the does not suffer from mental problems. Odair is separated from his wife and lives with his mother.