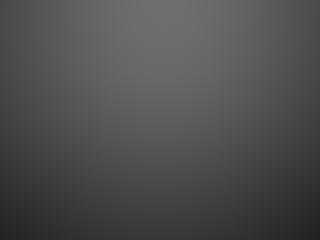 According to a compilation of background information given to us by our contributor Sergio Alcayaga, a native of the city of La Serena, a strange incident took place in the heart of this city in the year 1987. Everything points to this incident having been silenced by the witnesses themselves in the light of the strangeness of the observation, which was utterly out-of-place and hard to understand.

The deceased person shown in the photograph – Carlos Manuel Arancibia Esquivel – was a close friend of our contributor Alcayaga, and it was the witness himself who told the story to friends and relatives on many occasions. The experience haunted him to the end of his days.

It all began when Carlos Manuel went to pick up his mother at her place of work. It was during the summer months (January or February, he couldn’t quite remember) and the time was around 23:00 hours. As he went by Plaza Buenos Aires, always busy, he noticed that several drivers and passengers of the Linea de Transportes Colectivos No.14 (La Serena-Las Compañías) were looking at a tall street lamp. To his amazement, he noticed they were staring at a large bird with tremendous wings and oddly humanoid features. The strange winged being was resting on a power line, and at a given moment, it issued a loud squawk that spread panic among the witnesses, causing many of them to hurriedly abandon the area.

It would seem that [the witness] tried to assimilate this event by avoiding any discussion of it over the years. Our contributor has tried to find others who could perhaps recall more details as to what occurred in that instance. His search has led him to find some old bus drivers who were present the night the event occurred. When questioned, they did not deny that it had indeed occurred, but flatly refused to provide background information or details when asked for more information, given that they do not wish to seem fantasy-prone or angling for the limelight.

This isn’t the first time that a news item of this sort has reached our newsroom from the La Serena region. In another instance, Ivan Voreved, another active IIEE contributor, got in touch with a family returning home along a dirt road at midnight. Suddenly, they saw a black shadow descending from the sky some two hundred meters (650 feet) ahead of them. The shadow landed gently on the dirt road the family was traversing. At first, they thought it was a plastic trash bag carried by the prevailing winds at the time. We can imagine their surprise when the shadow flew off as they approached, to the sound of loud beating wings. The family members managed to see a sort of giant bird with humanoid features in silent flight. The width of its wings was described as “immense”.

At present, we are compiling more background information on this event. Hopefully, when we make it available, it will include the backing of the witnesses to the event, who have never forgotten the “immense bird or flying creature” with nearly human features – an event that took place in the now-distant summer of 1987 in the lovely city of La Serena.

What did those drivers and their passengers see that night?