UFODigest.com » Aliens and UFOs » THE POSSIBLE RESEMBLANCE OF HUMANOIDS IN THE TORRENT CASE (1965) TO MYTHICAL MODELS IN THE SOCIAL MINDSET OF CORRIER 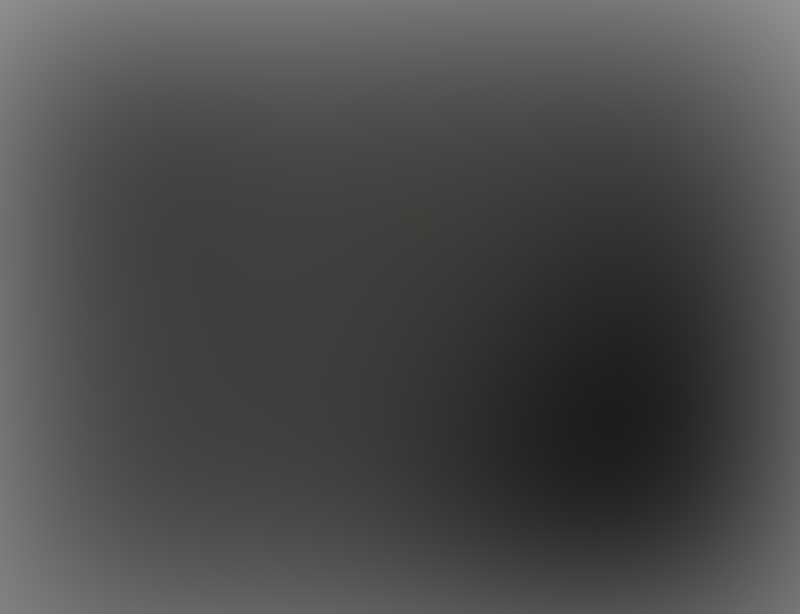 In January 1965, at Estación Torrent, located in the General Alvear Department of the Province of Corrientes (Argentina) a possible incident involving humanoid beings took place, which would have significant media impact and in the literature on the UFO phenomenon.

Subsequent investigation by Roberto Banchs permits establishing a major discrepancy between the experiences of the eyewitnesses and their information on the event. In order to contribute elements that contribute toward an explanation of this difference, what we propose to do here is examine the possible similarity between these humanoids and the mythic models that persist in the social mindset of Corrientes, and their influence in the construction of the encounter narrative.

The Incident at Torrent. There are several versions of the events at Torrent, two of which are found in Antonio Ribera’s book America y los Ovnis (1974) from which we take, for illustrative purposes, the one presented originally in the bulletin of the Comisión Observadora de Objetos Voladores No Identificados (CODOVNI) in Buenos Aires, whose correspondent in Corrientes – Rialto Flores – had spoken with Carlos Souriou, brother to one of the protagonists:

“This is Mr. Souriou’s account. That night, his older brother and some farm workers went out on a tatú (armadillo) hunt, and upon returning home they saw some shapes in the darkness. They were short, standing a meter and a half more or less, prompting one farm worker to tell the brother: “They’re midgets, boss – let’s hack them down with our machetes.” Drawing his machete, he tried to attack the “midgets” when something strange occurred at that very moment. The farm worker’s arm was rendered paralyzed and the “midgets” increased their size up to 2.50 meters, more or less. Then the brother fired his .22 caliber rifle at them, prompting another mystery to occur: no bullet left the barrel, despite the fact that the rifle had never failed him before. He says he tried to eject the bullet from the chamber and it wouldn’t come out.

Now defenseless, the men ran back to the farm house and locked themselves in. Another mystery still: A bright light came in from the outside through the wooden walls, lighting up the interior. The younger brother nearly went insane with fear, experiencing a nervous breakdown and causing the others to cover him with boxes so he wouldn’t see the light. After a while, thinking that the “critters” – as the farmhands called them — had dispersed, the older brother went outside to start the pickup truck parked outside the house. He saw no one. Upon reaching the vehicle, he was surrounded by figures that appeared out of nowhere. The brother ran toward the house, pursued by the beings, and the farmhands, hearing the rush, and thinking it was the “critters”, shut the doors, leaving the older Souriou brother outside. He shouted and the workers opened the door, just as one of the beings reached him and ran a hand right through his abdomen and waist as he jumped inside and the door was again shut.

After a long time, they went out again. The farmhands lay down in the pickup truck and they drove to another farm that the family owned nearby. Since the farmhands no longer wanted to return to the property, it was necessary to transfer them to another farm, and to fire another because his fear was too great. While they were locked in, the farmhands promised myriads of candles to the saints for their deliverance. Souriou added that maybe the giants were lying down or seated at first, and then stood up. He says that their eyes, perhaps, could have been reflective. We must bear in mind that they mocked them mercilessly; he added that words cannot express the horrible moments they experienced. At no time did they see any vehicle. The hand that touched one of the men wasn’t like a human one. It seemed to be made of hair something similar. He can’t explain it.” (Ribera, 1974: 85-87).

Roberto Banchs’s Inquest. In an article published with the title “Torrent, Cts: Estuvieron los Marcianos “ (Torrent, Corrientes: The Martians Were Here), Roberto Banchs (2012) presents the results of an investigation done in 1992, which took him to scene of the events, and to interview Luis Hector Soriou, witness in the case, and Carlos Soriou, alleged source of the information provided by Flores. There emerges a contrast between the information promoted about the matter and the eyewitness accounts: “The Torrent Incident also cautions us about the careless handling of information and the way in which rumors are spread. It is precisely from having seen some lights and shapes at a distance, and the remarks made about them in a distant rural community, gleaned by a local newspaper, without fact-checking or ascertaining the events. Having astonished their readership, the tendrils of this misinformation would spread throughout the world (…). The information recorded by the witnesses is so poor that we can barely support what was described: shapes and uncertain lights in the distance, in the dense thicket surround a lagoon. Inside the house, frightened people informed by the fact – at the time – that flying saucers turned up everywhere.” (Banchs, 2012).

A social construct of reality in the Torrent Case. The results of Banch’s investigation lead us to wonder if the discrepancy between the information conveyed and the eyewitness accounts obtained make it necessary – as a function of reality being a social construct – to heed the mythological theory of the cosmos (Berger and Luckmann, 2011: 216) that could serve as the matrix for the Torrent Case.

According to Julio Cesar Espinola and Luis G. Acosta Rivellini: “The society of Corrientes Province had (and still displays) all of the signs of a traditional society at the level of social stratification, the preservation of strong historical traditions and the traits of a culture with unmistakable, unique characteristics.” (Espinola-Acosta Rivellini, 1993: 190). It is possible that we may be facing a process that is characteristic of traditional societies, one through which – according to Mircea Eliade – the popular memory is hardly able to remember recent events and genuine figures, reduces events into categories and individuals into archetypes, so that “the historical figure is assimilated to his or her mythical model (the hero, etc.) while the event is included in the category of mythical events (struggle with the monster, enmity between brothers, etc.).” (Eliade, 1985:46).

Of course, the concept of assimilation in Eliade’s terms remains troublesome, since other factors were present in the Torrent Case, such as the incidence of the secularization process that characterizes the transition of a traditional society to a modern one (Germani, 1979:89-168) and the emergence of typical elements of modern life in a rural setting (Recasens Siches, 1958:442-450) and the ensuing resistance and conflict (Germani, 1979:144-149). A certain awareness of the UFO phenomenon is evident in the case (Ribera, 1974: 84).

Humanoids and Mythical Models. The mythological background of Corrientes, according to Alfredo Vara, follows a process of syncretism between the old animist traditions of the Guaraní peoples and Christian beliefs, one “with strong underlying animist components and a multitude of Medieval Christian beliefs, closely tied to daily life and nature,” which result in “an anonymous, collective spiritual structure that turned into the popular peasant religiosity of the 17th, 18th, 19th and 20th centuries in a considerable portion of the River Plate Basin.” (Vara, 1985: 28).

We must be mindful of this background when analyzing the possible assimilation of the humanoids, identified as “Martians” (Ribera, 1974:84) in constructing the narrative of the case, in what can be understood as a masking of a mythical figure, mythical models that persist in the social mindset of Corrientes (Castoriadis, 2007) that informs that background.

For this reason, we will point out the following among the isomorphism that can be established between humanoids and mythical figures such as the Pombero, the Yasy Yateré, the Curupí, and the Pora. In doing this we will employ the trichotomies of classes of signs proposed by Charles S. Peirce, as used by Martha Blanche in her irreplaceable book Estructuras del Miedo – Narrativas Folkloricas Guanariticas (Structures of Fear – Guarani Folkloric Narratives, 1982:44):

1. Iconic Level – The manner in which the mythical figure is perceived: Torrent Case (CT): Humanoids initially perceived as “short bundles”, meter and a half tall “midgets” who subsequently expand to 2.50 meters more or less, their hands were not like “ours, seemed made of hair or something like it.” Folk Mythology (FM): The Pombero is generally small and hairy, but is sometimes described as tall, and at times perceived as a bundle (Blache, 1982:51). The Yasí Yateré is a small being (Blache, 1982:64); the Curupí is a tiny being (Blache, 1982:76); The Pora is described as a bundle (Blache, 1982;85)

2. Indicative Level – How it acts: Torrents Case (CT): In the presence of the humanoids, the arm of the farmhand who tries to accost them with a machete is paralyzed; the rifle fired against them jams; they are associated with a light that “lights everything through wooden walls”; they chase and try to catch one of the witnesses. Folk Mythology (FM): The Pombero may display an aggressive behavior (Blache, 1982: 53); The Yasy Yateré can implement destructive or annihilating force (Blache, 1982: 66), the aggressive conduct of the Pora is motivated because the recipient opens fire against it and among the responses to this, the Pora may pursue him and instill fear (Blache, 1982: 86).

3. Symbolic Level – How the interviewee assesses it: CT: The humanoids cause fear, are called “critters” by the farmhands, their hands “are not like ours”. FM: The Pombero presents human shapes and characteristics but is sometimes shown as an animal, described as a hairy being (Blache, 1982: 56); The Yasy Yateré can be very bad (Blache, 1982: 69).

Please visit Scott’s website: THE JOURNAL OF THE INSTITUTE OF HISPANIC UFOLOGY (IHU)