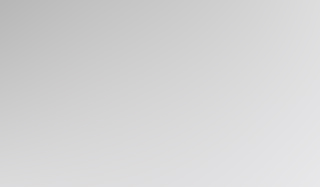 If you missed Part I of this series click here: https://www.ufodigest.com/article/punta-indio-aquatic-connection-1019
“I was born with a rudder in my hand and an anchor in the other. But I have not been to Cape Polonio since 1975, when the compass on my ship went crazy and the needle started spinning like a fan blade. I’ve seen large tonnage ships vanish into dense fog,” said Nelson Harley, an Uruguayan sailor.
“There is tremendous magnetic interference in Banco Solis. Compasses do not respond and ships seem to be attracted by forces of incredible power,” states Walter Valle, another Uruguayan mariner.
Ulises Fontanin, a warrant officer of the signal core of the Uruguayan Navy, makes the following observation: “I’m not sure of the exact number of shipwrecks in the area. They say it’s over 700 in over half a century. This must be the approximate figure. While most sailors can exaggerate, the area is very rough and the interference may be due to a breakdown between both poles.”
The fact is that in the years of the dictatorship, Barra San Juan was closed to navigation due to these events and reopened only recently in 1983, with a regatta from Buenos Aires to Polonio. What powers lie beneath these waters? Are they only geomagnetic? 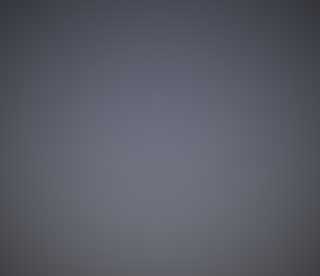 It is believed in esoteric circles that the “Order of the Knights of Poseidon” is involved with these events, their name honoring the Greek sea-god. This group of the depths allegedly has bases in the Bay of Samborombón in the Province of Buenos Aires, “controlling” the waters of the South Atlantic from this location. Do apparitions of UFOs, USOs and vanishing vessels throughout the area justify the belief in the existence of a secret community here, only a few kilometers away?
The Enigma of the Fishermen
There would be no reason to associate this with any mystery, were it not for the fact that two years after its occurrence, there is still no news of their whereabouts. It is a police matter that remains open, despite having occurred on 23 March 1997. Walter Neves, Jose Luis Garci and Julio C. Bueno, all of them cab drivers from La Plata, were readying themselves to enjoy a fishing trip on the river, near the La Balandra beach resort. They boarded a Van-Dick fishing vessel, with an overall length of five meters and a 40 HP outboard motor. This was the last time they were seen alive. Over the hours, their relatives made a report to the authorities and a search began, like none other in the region. They entire coast was searched, up to Punta Piedras and upriver into Uruguay. Beaches, streams and riverside hills were combed without a trace being found. Nothing was found in the water that could float: bags, oars, tanks, ropes, etc. This went on over several weeks, as though the river had swallowed them in broad daylight. The commotion in the cities of La Plata, Berisso and Ensenada was overwhelming, with stories ranging from the serious to the bizarre, but with no explanation forthcoming to date.
A Beach Surrounded by Mysteries
By now, who can deny that the area from Atalaya to the Bay of Sanborombón is plagued by mysteries? The incidents speak for themselves, perhaps concealing a secret in those waters. Setting out from the admission that UFOs and USOs operate in those waters, and that only a few kilometers offshore we find one of the 12 “Accursed Triangles”, is the story about the Knights of Poseidon so far-fetched? Are these seemingly Aryan characters, whose symbol is the seahorse, somehow related with Nazi Germany? Historic sleuthing, and the local legends that suggest a Nazi landing in the area in the mid-1940s in the region, proves it wasn’t a matter of chance. After the 2nd World War, the Nazis put the Feuerland-Tierra del Fuego Operation in motion, consisting in several U-boats sent to our shores, conveying leaders (it is said that Martin Bormann was among them) and a fortune in gold and treasure. The submarines departed from Cadiz in Spain for secret bases on the Argentinean coast. The southermost of these facilities was in the Bay of San Sebastian, Tierra del Fuego, and more daring theories say that the submarines even visited a section of the Argentinean Antarctic where a German secret society supposedly lived with a high-technology civilization. The other bases are located in Puerto Coig, Santa Cruz, where one submarine allegedly foundered; another in Golfo San Matías, Rio Negro, where another submarine allegedly went down; in the Caleta de los Lares sector; in Miramar, right on the Buenos Aires coast and finally, to the north of the Bay of Sanborombón, in Punta Indio. As the reader can see, these are places where UFO sightings were and remain a constant. A considerable portion of Nazi treasure that reached our country arrived at Punta Indio, some 15 km distant from Veronica. There is a considerable German colony in the area, a fact that only bolsters these hypotheses.
Artilce continues tomorrow: Monday, October 21, 2013. https://www.ufodigest.com/article/punta-indio-aquatic-connection-1021