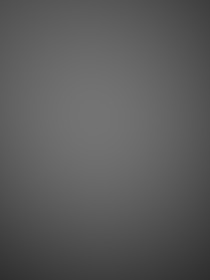 The spin-doctor drove into Roswell from an undisclosed government location. He had less than 24 hours to remedy a hastily dispatched news report and to re-write modern history.

The original Roswell Daily Record (July 8, 1947) news dispatch was forthright and far too direct: “According to Army Air Field (RAAF) public information officer Walter Haut, a flying saucer had crashed near Roswell, New Mexico, and some of its parts were salvaged by the U.S. military. Alien bodies were reportedly found.”

Right away the spin-doctor was called in: “The following day, the press reported that Commanding General of the Eighth Air Force Roger M. Ramey stated that the RAAF personnel had in fact recovered a radar-tracking balloon.”

“Alien technology transfer?” the spin-doctor quietly asked. “What will be done with the wreckage rubble?”

“It will all be sent to the Wright Patterson Air Force base,” the officer politely replied.

“So… as of today it’s U.S. property, isn’t it?” the spin-doctor solidly posed. “An Air Force craft that can track radar… among other things.”

“That sounds right, but…”

“And what about the bodies?” the spin-doctor quickly cut in.

“They look like small android critters… with vegetable guts inside.”

“That sounds good, but…”

The spin-doctor drove out of Roswell in a plain black Desoto car. Once upon a time in the trunk of his auto was a case containing the world’s first trial product of plutonium. It would be an unhurried campaign across the hot New Mexico desert.

July 2nd was the official World UFO day dedicated to the existence of Unidentified Flying Objects.